Understanding Mental Health with Doc Ayomide: 3 Reasons Why Victims of Violence Act Unusually & How You Can Help 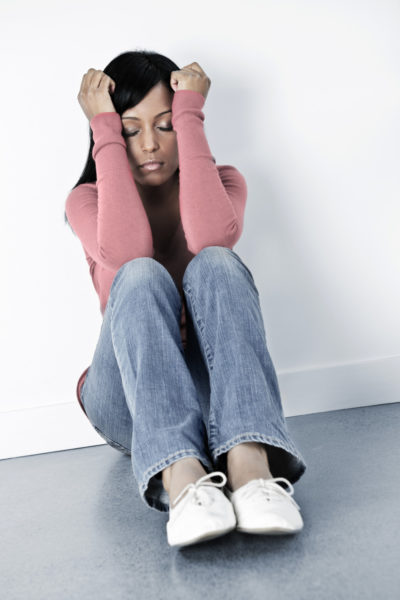 I had a client once who had been involved with a cult. And in telling me about the experience, it was striking to observe the swinging between recognising how messed up the experience had been and defending the person behind it.

Of course, close family members of the client had wondered how it happened that a grown person, an adult, could have been taken for such a ride. My client’s response? “I know what I did was not wise, but just pray you are never in the kind of situation and emotional state I was in when it happened to me.”

This incident illustrates one of the most easily misunderstood aspects of human behaviour: under abnormal or extreme circumstances, our behaviour can change significantly.

See, we often speak of “normal human behaviour,” right? If you’re like most people, you take that to mean, “how people normally behave.” But that’s not what it really means. “Normal behaviour” is “how people normally behave under normal circumstances.” (It’s like those maths equations that include the clause, “all things being equal.”) Of course this all has to do with the fact that our behaviour is more dependent on our environment than we like to think. (Consider, for instance, as one example of even a mildly abnormal situation, how otherwise well-behaved people act in Lagos traffic.)

Does this mean people can’t choose their behaviour in abnormal situations? No. That’s a common misinterpretation of this concept. We can. And we should try to. It does mean we should be more understanding of the struggle to be “normal” and compassionate to those find themselves unable to be. This becomes especially important when the circumstances are so extreme we can’t really relate. Like hostage situations. Like terrible violence. Like extreme abuse and rape and manipulation.

This is the root of the well known “Stockholm syndrome” seen in some hostage situations, where the hostages become sympathetic toward their captors. The behaviour is decidedly unusual, but then so are the circumstances.

This is the root of the scenarios we often hear of in which a person who is being abused appears to defend the actions of their abuser (the psychological term for that is “trauma bonding”). Again the behaviour seems very unusual, but then the circumstances themselves are not your everyday cup of tea.

Yes, people in scenarios like this can choose otherwise, but let us remember that the choice is way harder to make, and that those who find themselves unable to make the choice are not necessarily weaker people.

Why? Well, in my experience, those who break free from these kinds of situations often describe themselves as lucky.

Truth is, it’s not hard to see why some find themselves unable to break free, once you really understand what’s going on in these scenarios:

Loss of Agency
You see, people who abuse others tend to pick their victims. They don’t go for just anyone. They go for those who have experienced some degree of loss of agency. (“Agency” means the sense that humans having the ability to make a choice and change one’s situation.) People going through overwhelming circumstances are often very prone to losing this sense of agency. When someone says, “I feel stuck,” that’s usually what they trying to describe. This sense of loss of agency is what terrible circumstances can do to us.

Most of us can probably relate to this: if you’ve been in a bad situation for a long time, it’s easy to start to wonder if there is anything you can really do about it. You can start to feel stuck. (Of course, in hostage situations or kidnappings, it’s easy to see how agency already seems lost, how the victim feels like they’re stuck.) By the way, although some abusers are deliberate about this, not all are. But that doesn’t make it any less harmful.

Identity Reshaping
So people who abuse go for people who already feel stuck, who are feeling small (they turn out to be consistent in picking them out), and then help them reshape their identity — only problem is, the reshaping is around the intending abuser, which is decidedly unhealthy. This identity reshaping is usually done through some degree of affection and kindness (depending on the depth of loss of agency, the abuser may not even need to do much) and through some degree of isolation from other people and perspectives (easily accomplished by spending a lot of time together).

Intimacy/Intimidation
Then — and this is the critical part — the abuser proceeds to whittle down whatever sense of agency they have left. And this is the part where the alternation you often hear of, between intimacy and intimidation — this is where that happens. The intimidation wears down the agency, while the intimacy helps to feed the identity building around the abuser. The whole process can take months or years, depending on how much effort is coming from the abuser or how bad the loss of agency is at the beginning. This is the point at which the person being abused believes they are unable to leave. They are, so to speak, truly stuck.

Are you starting to see how this works?

If you’ve been here before, you probably get this. If you’ve been there for someone who has, I hope some of the bits you never really understood are beginning to make sense.

So what can we do?

P.S. If you’re interested in reading more about the famous Stockholm syndrome, here are two good places to start: this Wikipedia entry and this BBC article. If you’d like to understand more about mental health problems, check out my website, DocAyomide.com.

Let’s Talk About It!: Chris & Malaak Rock Split… But Who’s Going to Be Responsible for Their Adopted Daughter

Brown Uzoukwu: 6 Factors to Consider If You Want to Be the Best That You Can