Ayanam Udoma: It's All in The Mind 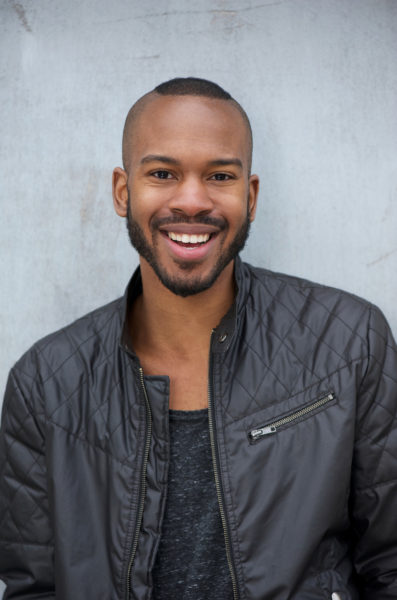 One of my favourite people growing up was the teacher who took me for English Literature. I may not remember every quote from Macbeth or Lord of the Flies but I do remember her telling us, as we prepared for our final exams, that in all of her years as a teacher, none of her students had ever received a grade lower than C, and we would not be the exception.

As in most classes we had a smattering of star students but for most of us it was a struggle to assemble a single page of prose that remained consistent in message and delivery (I shall try my best to accomplish such a feat today) . At the other end of the spectrum, she also had the rowdier students to contend with – who seemed determined to rebel against the system by learning nothing but the way to the headmaster’s office.

My teacher had a hard task ahead of her but she was determined not to “allow” us to fail, as if to suggest that we had actively made that decision in the first place. Lo and behold when the results came out not a single person scored less than a C. I know the material she had to work with and to this day I still don’t know how she did it. She must have known what she was doing because it worked.

Now, I must confess that this article isn’t wholly a tribute to my admirable teacher, rather it is a tribute to the way in which she made me think.

When I was 13 I learned that I have dyspraxia – a condition that mostly affects the planning of movements and physical co-ordination as a result of brain messages not being accurately delivered to the body. I am a glass half full kind of person, so I would like to think of it as my brain working faster than my body can keep up with. However, the reality was that I used to struggle with a lot of things as a child, especially with regards to expressing my thoughts in writing and just about anything and everything to do with balance and co-ordination. Anything that required my brain and body to work in sync was a problem – football, basketball, cycling, tying my laces, dancing without tripping over myself…life in general.

Dyspraxia is not as commonplace as dyslexia so I don’t blame the majority of my teachers for failing to pick up on it, though I should give special mention to a teacher in reception and my primary 4 teacher who actively tried to figure me out. However, the reason I liked my literature teacher so much was that she reminded me of how powerful the mind can be. I suspect the reason why no one she taught ever got below a C in her subject is because she had a rare ability to talk to our minds and direct our ambitions. She ignored what we might have wanted to do, what we thought we could do, what more negative people might have told us we could do all of our lives, and said, “I don’t care what you believe you can achieve, you are not getting below a C”.

For teachers, understanding and tapping into the minds of each student is quite a challenge, but then she always struck me as the kind of person who liked a challenge and a good teacher has to like challenges. I don’t think I ever told her I had dyspraxia but her teaching style was such that it didn’t matter because she ignored everything but my mind and dyspraxia is not a disorder that affects the brain’s cognitive ability, it’s a disorder of the way in which it communicates with the body.

Ever since I was a toddler I’ve always had a strong sense of what I will do and and what I won’t do, especially if I feel scared or uncomfortable. There is something about having dyspraxia that liberates you I think. Making a decision becomes easy when your alternatives are already quite limited. I didn’t care about coming last in every race, or being rubbish at football, because that’s just the way it was. The co-ordination between my mind and my feet was terrible and there was no abuse that anyone could hurl my way that was going to change that. I also knew that I was terrified of balancing beams and the like because my sense of balance was awful and I refused point blank to accept the feeling that I was going to hurt myself after every step. It became exceptionally easy to just say no.

The truth is, I didn’t really mind being punished with the odd detention, because it was nothing compared to the mental terror of standing on a balancing beam or whatever other daunting task they had me do. I have always had the mindset that there’s nothing that anyone in the world can make you do. The only thing a person can do is make it harder for you if you say no. Once you come to terms with that, you realise just how much power your mind really has. It is much more powerful than your body! I learnt that the hard way by not knowing that I had dyspraxia during the early, formative stages of my life, but it was certainly a lesson I am glad I learnt.

My literature teacher was a brilliant woman because she understood this too. She realised that we underestimate the potential of our minds and in so doing we limit ourselves and keep our expectations lower than they should be. I have learnt to appreciate just how strong my mind can be because I could not afford to rely on the rest of my body, but she was the first teacher who proved to me, with solid, indisputable grades, that I was just fine.

Busola Idowu: My Money… Our Money