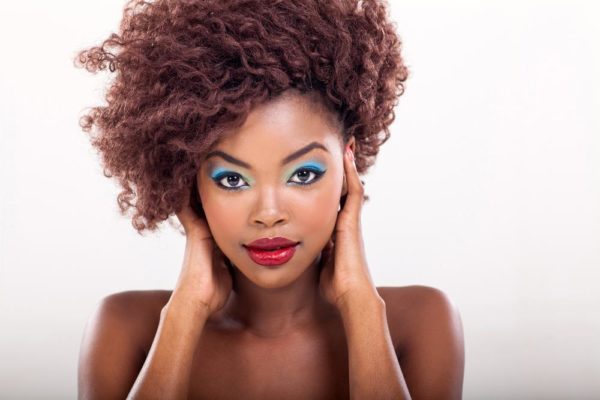 We have had an overwhelming response to the call for Epilogues and we’re grateful to everyone who has sent in an entry. We will do our best to share every story we received before the deadline (even if it runs into the new year. Because BellaNaijarians are so awesome!) If you’ve missed any of the entries, Bukkie‘s story is not one you should. It’s uplifting, encouraging and just what you need to start your week.

Thanks for this opportunity. This is my first attempt at writing and I hope I can inspire someone with it.

My 2015 was amazing. It was something I never expected. I’m not one of those ‘new year resolution’ types, but I always had goals to attain at certain stages of my life: like get my masters done before marriage, marriage on or before 25 etc.I was not prepared for how good 2015 will be, because I had lowered my expectations to the barest minimum and I was almost depressed.

I got a new job at the end of 2014 with one of the oldest but reliable banks in the country but it was a 3 months contract that started in November. I was uneasy about the fact that I may need to start a job hunt soon again, but I just thought, ‘let’s see how it goes’ . I didn’t get the master admission I applied for, so I told myself, ‘try again next year’.

2015 started in a very unsure manner. I was to turn 24 in June and wasn’t happy. My goals had not been reached – they were not even in sight. I didn’t exactly have a career path to follow. I was just going from one job to another. I was single: just came out of a relationship in November 2014 where the guy just gave up on us. He said he didn’t have the ’emotional strength’ to deal with the relationship. I was heartbroken, confused and sad but I kept going.

At the end of January, my contract was renewed so I felt a bit relieved. Job hunt was put on pause for another 3 months. I met amazing people at my work. So I felt at ease… somehow. I decided to stop worrying and enjoy myself a bit. I put in my best at work, registered at a gym and just fashioned out a routine for myself.

March came and my husband-to-be approached me (I didn’t know that at the time). I nearly dismissed him as one of those numerous toasters (I was never short of those) but he kept coming back. He just always kept the conversation going even when I wanted end the conversation. We started as friends and getting to know each other more.

April came and I finally agreed to date him and he started showing me how amazing he was. I had lowered my standards for the kind of man I was looking for, due to past terrible relationships and the very low quality of men I had been meeting. He proved that there are still real gentlemen in this country and that I should not price myself so low.

May came and I had a career path in mind, thanks to my boyfriend. He taught me how not to limit myself and think big, how to ask for the best because I am also giving my best. I lost my grand-mum this month and he was there for me.

June came, my birth month. I was more self confident than ever. I felt stronger and more secure. I had started knowing and believing more in myself, because I had someone who saw me for what I could become and believed in me to do so. I turned 24, my personal goals had not been reached but there were now in sight.

July came and went, I still had my job. I guess they liked me so they kept renewing the contract.

August came and boo proposed after almost 4 months of dating. I thought I was dreaming. I kept thinking I’d wake up one day and it will be over and it’d be back to my sad lonely life, but he kept reminding me that he was not going anywhere and I should get used to my life. We started planning for the introduction. It was rather fast but it felt good. It felt right. I was going to be with my own man and I wanted to do it ASAP.

September came and the introduction we planned for became traditional wedding. we just thought it would be more economical that way and easier for everyone. My contract job had hopes of becoming permanent.(contract kept getting renewed)

October came and went with a better, more thankful me.

November came and plans started for the conclusion of the wedding in December.

December is here and I am so thankful for the year so far. When I reflect on what my life was a year ago, there has been a drastic change in my life. The single, down, sad, heart broken, confused career-less me is now married, happy, purpose driven, with a career path in sight and an amazing man in tow. I now have a direction to follow and I now see the best in people. A lot can change in a year and I am not taking anything for granted. My goals were lost are now found and even better refined to help me be the best I can be.

I am looking forward to 2016 with high hopes and expectation. I am preparing myself for a good year with the best approach. To see the best in people because everyone has potentials to be great in life and that belief from you may be all they need to kick start it.