Neglected & Abandoned! More than 500 Recipients of the Rivers State Scholarship Cry Out For Help 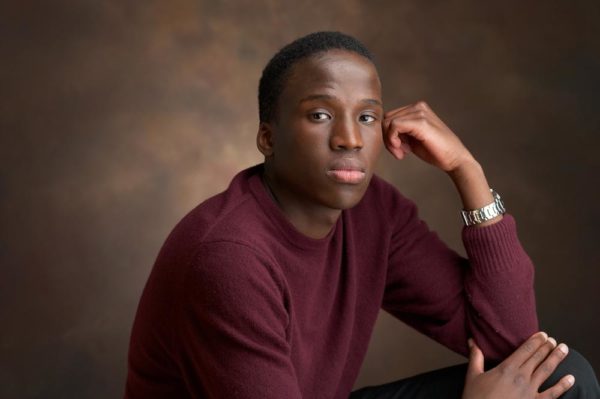 A few months ago, BellaNaija reported the story of neglected recipients of the Rivers States Scholarship scheme. (Click here if you missed it) This week, we received an email from a BellaNaijarian, indicating that the issues have not been resolved. Nigerian students are suffering and left stranded – in foreign countries – by a government financially committed to them.

We’re sharing this email with our readers in the hope that we can find a workable solution to this matter that has now become painfully protracted.

We have asked the lady who sent this to us to succinctly state the objectives of her call for help and we have listed them in bullet points at the bottom of the page.

Please read on and help, if you have the capacity to help bring this issue to a close.

***
Please I’m writing this email on behalf of the students on Rivers State scholarship abroad who were left stranded. Our situation is dire at the moment, as we are on the verge of being sent back to Nigeria to continue our studies in UNIPORT and UST. Sharing this story, and trying to get the Nigerian governments attention to come to our aid is our last chance, we would be eternally grateful if you could please help us. Attached is the story of one of the awardees who would like to remain anonymous. We beg you, and we would be grateful is you could please post this story as this may be our last hope. Thanks and God bless you.
___
This scholarship seemed like an answer to endless fasting and prayers, after not being able to get into a Nigerian university for medicine with my 5A’s and 4B’s in WAEC, 4A*’s and 2B’s in Cambridge o’level, 263 in jamb and 80 in my university aptitude test. The best they could offer was fishery although I applied for medicine which I was sadly willing to take, you know, half bread they say is better than none. I waited admission list after admission list, hoping to find my name for fishery or ‘marine sciences’ as they called it and eventually the 5th and final list was released, but my name still wasn’t there. Oh I cried, and prayed, and cried some more, but I promised myself that if I ever had an opportunity I would make the best of it.

2011/2012, I wrote the RSSDA scholarship exams, came out in flying colors. Got sent for A’level, I studied with my life. I would go days without sleep, teachers would look at me, shake their heads and go ‘God will reward you for all this your hard work’ and reward me he did. I did the two-year Cambridge A’level program in one year, got 2A*’s and 1A. Anyone who ever had to do this would know how serious and intense that would have probably been.

Eventually, I got sent to med school abroad, 1st year was shaky in terms of funding, but in 2nd year everything began to fall apart. In 2nd year we were kicked out of school for over a month, due to our school fees not being paid. We had to start sneaking into lectures like thieves, following other students closely behind so we could use their access cards to get into laboratories, and we had no access to the library and most of school property. Eventually, our school fees were paid, and despite the fact that we were kicked out for one month, we had to write the same exams, at the same time as everyone else. Again sleepless nights, unbelievable amount of work, but we still passed.

As I speak, tomorrow will be the one year anniversary for when last we were paid. 12 months, no rent or allowance. At first we felt after the elections, it would be fine. Elections came and went, nothing still. We realized we had to fend for ourselves. I got a job, I work 24 hours every week. I also started catering for people, just to make ends meet. I actually started a business. So no we aren’t sitting around waiting for government to pay us, we go to school, then go to our jobs and work like slaves, just so we would be able to pay our rent and put food on our table, then still find time to study. We obviously have to work odd hours(for some of us, 3.30-12am, and others maybe till 2am). Imagine washing plates for a restaurant till 4am and having to go for a class at 8am. Sadly this is what we have to go through. Keep in mind that we study medicine which on it’s own without the hassle and work hours is extremely difficult.

On this certain day, I got back from work at 1am, and had to make a food delivery to a client at 9am, so being too afraid I may not wake up early enough I stayed up all night. Got the food delivery done, went for my classes from there and came back home to see in the news that the Rivers government gave the super eagles $40,000 for scoring two goals. Actually it was meant to be $20,000 per goal regardless of how many goals they scored. I cried like a baby. I’m only 20 and this what I have to go through to survive and yet the same government that is so broke they can’t pay my school fees, the same government that hasn’t paid my allowance for a year, can give out $40,000 just like that.

The only reason I write this now, is because they’ve decided to send us back to Nigeria, to Uniport and UST. After almost 4 years. After all this suffering. I think this is an inhumane and unfair decision, that shows how sometimes the government has little or no regards for the life of its citizens. Have an agreement with people and then just breach it whenever they please. We really don’t know if this is meant to be some form of political retaliation but we know it is completely unfair to play politics with the lives of human beings. We are tired of being the grass that suffers while the elephants fight. We have suffered, we have slaved, and we honestly didn’t force them to give us this scholarship. I agree it is a privilege which God knows I’m grateful for, but the second we both signed that contract of our scholarship letter which they have terribly breached in the past year, it became our right.

We know people might say ‘well come back, it’s easier for everyone, but empathize with us. Put yourselves in our shoes and imagine what you would want for yourself or for your own child. This didn’t come to us on a platter of gold, we’ve worked for it extremely hard from the first day we applied for this scholarship till date, and we really just can’t have the rug pulled from under our feet, just like that. We have fasted, we have prayed and we really don’t know what else to do.
I know this is a long post but it’s really just to give everyone a glimpse of our story. There are over 500 people affected, in different countries all over the world, each of us with a similar story.

All we are asking is that the Rivers State government, the Federal government or the government at any level come to our aid, and no we do not want to go back to Nigeria, and we think that is an unfair decision. We have come a long way in our education and no one would ever do this to their biological child. This was a contract, an agreement, a promise and we’re still holding on to that thin glimpse of faith that this would all go away. We are hoping that in this time of need the government will come through for us and we won’t have to stop half way. We are hoping to see that positive change that this new government promised throughout the campaign period.

Related Topics:Rivers State Scholarship
Up Next