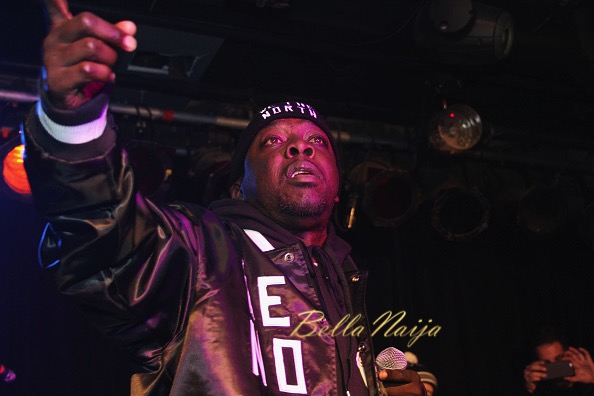 “I never let a statue tell me how nice I am.” This is an iconic verse from A Tribe Called Quest’s classic song, Award Tour from their 1993 album, Midnight Marauders. The lyrical genius who penned that line, Phife Dawg a.k.a Malik Taylor passed away on March 23rd at the age of 45 from his battle with diabetes. The music industry that A Tribe Called Quest entered in 1991 isn’t the one that exists in 2016.

Back then they were only 2 years removed from Will Smith and DJ Jazzy Jeff being given the first rap Grammy award for their song, Parent’s Just Don’t Understand in 1989. Will Smith and Jazzy Jeff boycotted the Grammys because they couldn’t receive their awards on television.

I remember as a young kid the only time you could watch hip hop was on YO MTV RAPS on Friday nights and MTV Jams for about an hour a day during the week. I forgot to add that most radio stations didn’t even play hip hop at all. Even black radio stations wouldn’t play it until the evening time for about 3 hours or so. Phife, Q-Tip, and their Dj, Ali Shaheed, brought a fun and thought provoking style to hip hop. They along with another group, De La Soul, were known as the hip hop hippies. They didn’t wear the big gold chains and brag about material wealth they way other rappers of that era were doing. But they could still hold their own lyrically with rappers like LL Cool J, Big Daddy Kane, and other big names from that time, which is known as the Golden Age of Hip Hop. It was a period from 1988-1994 were being a great lyricist was a big deal and there was still some levels of purity in the music.

After that time, hip hop went commercial with Dr. Dre, Snoop Dogg, and later, Biggie and Tupac Shakur changing the vibe of the music. Even though Tribe’s songs like Bonita Applebum, Can I Kick It, Electric Relaxation, and Hot Sex, were mainstream hits, people were gravitating to more hardcore rap music. Once the group split up in 1998, Q-tip went on to his solo career. Because of his successful solo endeavor, a lot of people only remember Q-tip and at times dismiss the contribution that Phife Dawg brought to A Tribe Called Quest.

Sadly in death, Phife is getting a lot of the credit and adulation that cheated him during his life. Rest in power, my brother. Your sound and influence will be missed. “I like’em brown, yellow, Puerto Rican or Haitian, Name is Phife Dawg from the Zulu Nation.”

Watch the video for Electric Relaxation by A Tribe Called Quest

She’s Got Bars for Days! Pryse Is the Latest Guest on Freeme TV’s Zoneout Sessions

Don Jazzy is Trending because he asked for a Follow Back? Here’s what Happened…