AnuOluwapo Adelakun: Is the QC Molestation Saga Another Case of 'Na Only You Waka Come'? 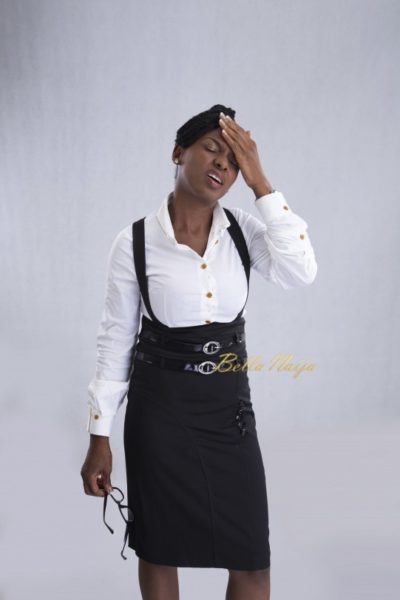 For those who have been on my neck to drop my 2 cents on this Queens College issue, you finally have your day. I know I’m not supposed to be cajoled to say something about this since I am a gender advocate; but what many people do not know is that when it comes to delicate issues such as rape, I am anti-silence. Yet silence is what naturally follows when girls get raped in Nigeria. “Oh please don’t let her go to court o because people will see her face.”  “Don’t  speak of or publish her stories so that when she wants to get married, men will not find rape associated to her when they google search.”

This piece is dedicated to my dear friend who gave up on the Nigerian judiciary system and let that guy from the ‘rich Nigerian family’ walk away after brutalizing and raping her like a donkey. I wish he got served some justice.

The danger of letting a rapist off the hook is that another unsuspecting lady will fall prey to his demons.

Now unto the Queens College matter. I know that people have their various assumptions about the moral standards of girls who attend Queens College. I have heard all sorts of horrible things, but I have seen much more amazing things through my friends who attended the school. One thing I have come to conclude and believe in, constantly, is the fact that the Nigerian girl or woman is an endangered specie when it comes to many things that matter outside the kitchen. The recent gender opportunity bill that was rejected by the Nigerian Senate unequivocally implies this.

However, treating the Queens College matter in its own context, I think many have been left in a limbo as to what side to sway their support. We have a case of a man tagged as a rapist by one student, yet a multitude of other girls protest in a very rare occurrence saying their schoolmate is soiling the image of a good man. The girl and her mother are finally given an opportunity to seek justice and are asked to appear to explain their own side of the story but both were nowhere to be found.

Hmmm… here are my thoughts:

Sometimes the whole world can be WRONG
I had a teacher in primary school who delighted in pulling at the growing breasts of my then 10-year-old self. He’d push me into dark corners to steal a kiss; but my family loved him, many parents did. He was an elderly former ‘Seminarian’ who taught us Elementary Christian Religious knowledge and was perfect in the eyes of many. He threw  a selected few of us birthday parties (never the boys) and was all over the place helping our parents ensure we got admitted into good secondary schools BUT HE WAS MOLESTING US ALL.
It took an observant grand-aunt of mine to notice how flirty he was around me and how hesitant I was to be around him. Once I knew I had her support, I threw open his can of worms. However, it  took some of my other classmates another 10 years to speak out about him molesting them. By that time however, the school had discovered his true pedophilic self and fired him. A protest is not enough to prove a man’s integrity. How many times have Nigerians collectively voted in ‘Men  and women of intergrity’ who turn around to be wolves in sheep clothing?

People tell lies
We are not ignorant of the fact that many people are wasting away behind bars because some others hung crimes that weren’t their doing on their necks. Distinguishing lies from the truth when it comes to rape in Nigeria  is one thing I have witnessed as being very difficult to do. A good number of times it’s “his word against hers”  like this Queens College case, where some reports say the mother of the molested girl showed up to report the case at school the night after the incident – having been informed by her daughter over the phone. She however,  got shut down because the teacher in question is said to be a favorite of the Vice principal. Other reports say the mother never showed up to report any case and that the teacher whom the girl claims molested her at night on the school grounds after lights out, doesn’t even live on the school grounds.

Both men and women lie but we can only hope that the truth will always prevail even though our judiciary fails us sometimes.

People become judgemental when a girl is raped
Many times, from the police station, the judgment has already been passed. If she’s  pretty then she probably had sex with the guy but maybe things went wrong somewhere or perhaps, she’s a runs girl who simply faced an occupational hazard or she’s  even a blackmailer. A vaginal swab test to prove penetration, scars from the assault and bloodied under wears  are sometimes not enough.  And the guy?  He simply couldn’t control his desires or was getting back at a girl who had rejected him or trying to use the girl for rituals e.t.c (You will find many more scenarios on African Magic)

Rape is rampant in our schools
This is a cross gender issue. Both girls and boys get raped every now and then by their classmates, teachers, e.t.c. and schools need to wake up to this reality. Furthermore, security measures, rules and regulations that would inhibit such should be put in place. I also believe strongly that many of our secondary school students are deficient in good emotional education which can teach them  reasonable steps one can take to prevent oneself from falling prey to rape, what to do if faced with such disgusting situations as rape, and how to deal with it.

Not everyone wants to speak out
This is something I have come to realize and people actually have the right to be silent about their rape experiences even though we encourage them to speak out. Speaking out doesn’t necessarily mean coming out on social media to start a hashtag trend or going on Tv to discuss the intimate details. There are many NGOs and individuals who work hard to get justice for rape victims or simply help them heal and move on, yet we never know who these ladies are if they do not want to unveil their identities to the public. However, many Nigerian parents/ guardians  are lost in the ‘a-good-name-is-better-than-silver-and-gold’ mirage while their wards suffer the emotional pain of being taken advantage of. If the girl has been a rebellious or wayward person, it’s even worse because they think people won’t believe them even if they’ve had to suffer being stitched up in their vaginas after some ‘animal’ walking scot-\free on the streets of  Nigeria raped them. If they are strangers in the place they got raped it’s even worse. Where do they want to start tagging people from, How?  Who?

This Queens College case has a lot of attention on it and my hope is that it won’t fade away without justice being served like many hyped cases before it – especially since neither the girl nor her mother are yet to show up to the school despite having a visitation from the investigative panel set up by the Minister of State for Education, Prof. Anthony Anwukah.

I just hope this is not another ‘Na only you waka come’ situation.

Work Mode with Brown Uzoukwu: Is Voodoo in the Workplace a Myth or Reality?