Anne Mmeje: You Mean Well, But Don't Say These Seven Things to Your Friend Trying to Conceive 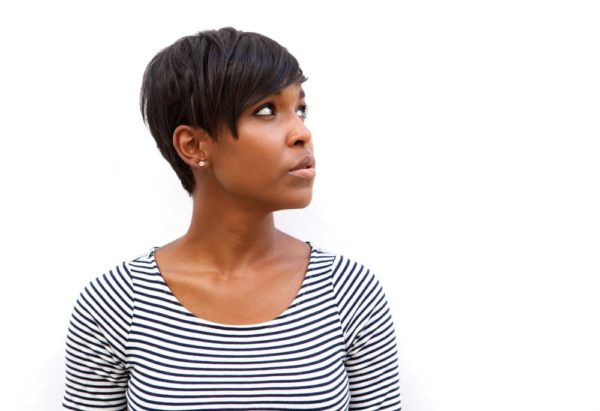 Recently, my friend, Ima, had a baby after several years of trying to conceive.  I asked Ima what ridiculous things people said to her and her husband before she conceived. There were many of them. Two stand out. One of her husband’s friend told him, “you know, I can teach you how to get your wife pregnant.” Another told him, “Bro, you see, that’s life, no be by who first marry, na by who first born pikin.” Words that may have been said jocularly which nevertheless leave indelible emotional scars. After my conversation with Ima, I did some research online from a community of couples trying to conceive. Here are things you may reconsider telling your friends or relatives trying to conceive.

1. “Whose ‘Fault’ Is It?”
On its face, this is an innocuous question. As a good friend, you want to know why your friend is unfortunate to be among the one in eight couples struggling with infertility. However, if you consider that this question may call for your friend discussing her  husband’s inability to get a woman pregnant–an information you have no business being privy to–you will realize it is an inappropriate question to ask. So next time you are tempted to ask your friend “whether the problem is with the razor blade or with the barber,” you may want to bite your tongue.

2. “Why Don’t You Try Outside?”
When you have succeeded in knowing what you shouldn’t know but for your poke nosing into other people’s affair, this advice follows: “Try outside, God will understand.” Will he? If it is truly harmless, why do you insist your friend keep her spouse in the dark?

Admonitions like this have led to broken homes. A few months ago I learned that a lovely girl I know, Oma, who had been having difficulty conceiving, was ending her marriage to her husband of more than ten years. When after her marriage, months turned into years and Oma continued buying ladies’ tampons but never a balloon  for baby shower, her parents-in-law expressed their displeasure that their son married a woman who could not give them a grandchild. Yielding to the growing pressure to bring forth children to perpetuate the family name, this otherwise decent lady heeded the advice of her friends to “try outside.” Her friends knew her husband was the infertile one; her parents-in-law did not. When Oma’s husband learned of her infidelity, he felt betrayed. Their love for each other flickered; one for breach of trust, the other from weariness of being perceived as the infertile one when she wasn’t. Meddling from outsiders broke this couple’s union. It is for a couple to decide if they want their child to be from another man’s seed; let’s keep it that way.

3. “Adopt. Once you Do, You will have a Child.”
Statistics show that this oft-touted advice is an old wives’ tale. So don’t peddle it to your friend trying to conceive. The decision to adopt should come from a place of love. Also as important is that you don’t judge unfairly a childless couple who decides not to adopt. Fear that an adopted child’s biological mother may suddenly regain her maternal instincts years later to take away an adopted child is a valid reason preventing many couples from adopting. So if you have been persuading your relative to visit an orphanage and she has been reluctant to do so, this may be a good time to back off.

4.”Is There Something from Your Past? ”
No there isn’t. The idea that childlessness is a punishment God metes out to women and men who led promiscuous lives is ungodly. Most of the women I know who are trying to conceive led chaste lives as single women. Even Christ debunked the belief that austerity is God’s way of paying sinners when he was asked whether a blind man’s condition was the result of his sin or his parents’. So next time you want to recommend that your childless friend goes for cleansing, remember that your ten children isn’t proof you keep the ten commandments.

5.”You are lucky. I miss being child-free.”
Even the most thoughtful of us say this to our childless friends to cheer them up. But while going for  a vacation at a moment’s notice becomes harder once one have kids, and getting less than two hours of sleep attending to a newborn makes every mother envy their child-free friends, telling this to a woman who spends every waking hour thinking of how to conceive is inconsiderate. In any case her vacations are probably trips to fertility doctors and she probably keep vigil at nights anyway soaking her pillows with tears. If given the option, you won’t trade places with your friend, so don’t patronize her.

6. Look at Her ‘That’ Way
A look conveys a thousand words. My friend Ima said that nothing hurt during her infertile days than the look people gave her. Childless women recognize the look that says, “The only reason you are dressed better than I am is that you spend your money on Nike shoes and Michael Kors bags while I spend mind on my boys  Mike and (Ade)Nike.” Ima said she recognized the look of pity, judgments and schadenfreude people gave her. If you don’t want your facial expressions to give your thoughts away, maintain a poker face (or a cheerful one if the occasion demands) the next time you run into your friend who has yet to miss her monthly flow.

7. “Don’t give Up.”
Sometimes, worn out by rounds of unsuccessful fertility treatments, a couple decides that with 7 billion people on earth, the human race doesn’t need their genes to save it from going into extinction. But people who cry more than the bereaved won’t let them be. A couple had to write all their friends and relatives to tell them not to discuss their infertility with them for the next two years.

You don’t want to get such letter before you keep mute. Recognize the tactful ways your friend may be sending this message to you. And if you consider that some couples actually decide not to have kids these days, you will realize it is a faux pas to go about asking married couples without children what they are waiting for.

My friend Ima said that silence is golden when it comes to discussing infertility with women trying o conceive, especially when you aren’t family or a close friend. If you are family, you can offer financial resources to aid with fertility treatment or introduce your relative trying to conceive to other couples who have been successful with fertility treatments. Infertile couples endure enormous amount of stress. The least we can do is give them respite. Wondering what to say to an acquaintance who has never discussed her infertility with you, words that won’t hurt her feelings? Don’t say anything.