Gidi In Heels with 'Layemi: 6 Types of Drivers You Will Encounter in Lagos 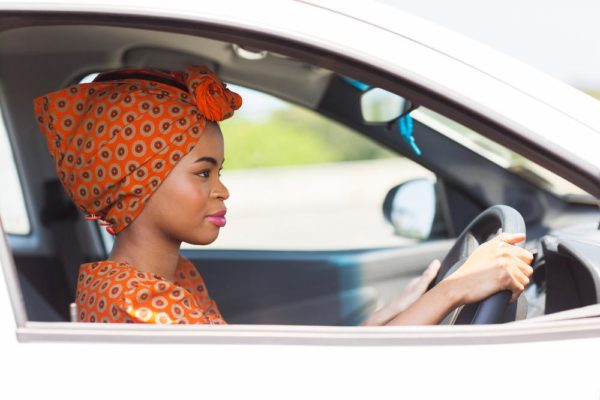 A few months after I graduated from Secondary School, my father decided it was time for me to learn how to drive. I had just turned fifteen and I was definitely not eligible for a driver’s license but my father considers driving a life skill needed in case of emergencies. So one day while I was faffing around reading extensively on the courses I would potentially study at the university, he summoned me for my first driving lesson.

Before the lesson began, he told me there were three basic rules for driving:

1)     I was to resist the temptation to take any car in the house out for a spin when no one was home. He vehemently emphasized this point as he said it was a major temptation every rookie driver must struggle with, at some point.

2)      I was to obey every traffic rule whenever I drove as he had no intention of ever coming to bail me out of any situation when if I committed a traffic offense.

3)    According to my dad, the golden rule of driving in Lagos was that I was to always assume that I was the only qualified driver on the road and every other driver was a rookie. In other words, I was to make the judgement call and not to leave the responsibility of my safety in the hands of other drivers on the road, expecting them to obey traffic rules.

I cannot categorically say that I kept the first two rules, but the third one became real to me the very first time I found myself behind the wheels on a major highway…alone. I was so traumatized by some of the brazen acts of road terrorism and bullying that I experienced, that for months I refused to get behind a wheel.

Having now gathered years of driving under my belt, I have come to realise that there are six categories of drivers you will encounter on Lagos roads and you need to devise a means of how to handle each one of them (please note the names are not gender or tribe specific, they are just random names chosen for the purpose this article):

Slow Sally
Hmmmmm…Slow Sally will teach you the dictionary meaning of the word “patience”. She will slow down ten miles before every speed breaker, obey every traffic light (even the ones that are obviously not working properly) and she will not move past 40 km/h regardless of the acceptable speed limit on that road. Slow Sally’s window is always wound up, and she is always looking straight ahead. All efforts to honk your horn loudly, stick your head out of the window and yell are totally lost on Slow Sally because most times she doesn’t even know you are there…she always has her eyes on the road remember?  This is why I like Slow Sally, she is very focused *insert sarcastic smiley*. Slow Sally’s car is always the only car in traffic with no single dent or scratch.

Angry Andrew
Angry Andrew always has one hand out of the window, as though controlling traffic from inside his car. He can be seen occasionally sticking his head out of his vehicle to yell at everyone from the ‘gala sellers’ in traffic to the driver in the car next to him. Angry Andrew will not let you overtake him on the highway and he will not let you get into his lane in traffic. Angry Andrew is always angry and we don’t know why. Please don’t be like Angry Andrew.

Judgy George
Judgy George is the guy who plays the witness role in every showdown on the road. He can be seen giving a blow by blow account of every incident. He is the guy who slows down to pass judgement on every situation confirming who exactly the villain and the victim was in every road side drama. He is also often seen sticking his head out of his window to give live commentaries to other drivers on the road.

Mr. Flash
This is the person in the bullet proof car with tinted glasses and a customized plate number. You can hear him coming from miles away, thanks to the sirens blaring to announce his presence. Mr. Flash might as well be a superhero with the ability to make time stop because everything comes to a standstill while Mr. Flash manoeuvres his way out of the congested traffic… and just like that he is gone… in a flash!For every Mr. Flash convoy you encounter, there is a Mr. Opportunist who is not part of the original convoy but follows it very closely to get through the traffic. Please every time you spot Mr. Opportunist, don’t let him pass (Yes! Bad belle thingsss).

The Speed Racer
This guy just has a compelling need to test the capacity of his engine every chance he gets. He can be seen breaking speed limits on random roads, from major highways to tiny parking lots. We are still investigating why he is constantly on the run. Anyone who has a clue as to why The Speed Racer is always in a hurry may please solve this age old mystery in the comment box below.

Now just as my father had his “Lagos driving golden rule” which he passed on to me, I have coined one of my own which I will pass on to my children as I teach them how to drive:

“Thou shall not argue with, try to overtake, or attempt to correct the behaviour of any member of the Jeun Soke Squad. For every Jeun Soke Squad member you attempt to take on, there are ten more lurking around willing to join the conversation. They are also known to have various sects that come to their rescue at such times, these sect members often drive equipment with two wheels (The Okada Movement) and sometimes three wheels (The Napep Tribe).”

What is your golden rule for driving in Lagos and what kind of Lagos driver are you? Please pick a team and be honest!

Frances Okoro: The Consequences Of Revealing That I Had An Abortion