Atoke: When the Ghost of Secondary School Past Haunts You Via WhatsApp 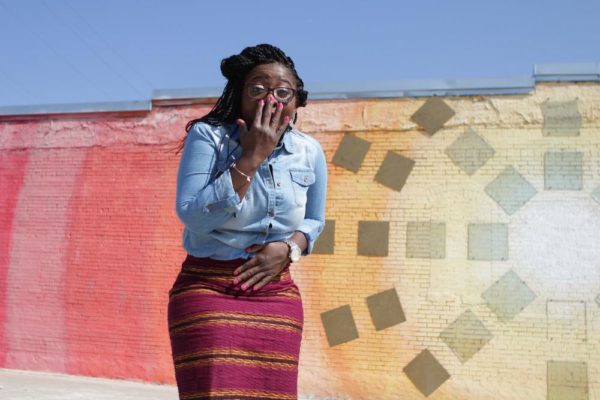 Yesterday, I stared in amazement as my friend excitedly talked about her secondary school class group on Whatsapp. It was truly a first, to see someone that was actually happy to be in a Secondary School Alumni group. Everyone I know complains about these groups! So, who are the people still in them and why do they still exist?

Since the boom of Whatsapp and mobile instant messaging, the creation of groups on social media has grown widely. With Facebook, people you left behind in secondary school 20 years ago suddenly remember you exist and want to catch up. And when Facebook became ‘uncool’, people sort of migrated to Blackberry messenger, and Whatsapp.

But, why? If we haven’t been in touch in 20 years, why do we really need to start now?

There’s a Yoruba adage which loosely translates to: “Twenty friends cannot be friends for twenty years”. However, the progenitors of that saying didn’t factor in technological advancement and the app called WhatsApp.

WhatsApp is a blessing and a curse. Anybody with your phone number can contact you – with or without your consent. So, the minute someone from your old school class remembers you… you’re IN! No auditions, or protests are entertained.
You’re suddenly thrust into a room with people you thought you said goodbye to, when you finished writing your WAEC exams.

So, what are these groups for? Well, primarily to reunite – or plan reunions.
After the first set of felicitations and catching up is done, someone then suggests that something is done for the good old alma mater.

But, I’m jumping the gun a little. Let’s talk about the reunion process. You don’t really want to be reunited; or maybe you do… just to show those suckers you’re not the dork you were in school. You’re now a successful banker with a driver and a house in Lekki.

Immediately you are conscripted into this Whatsapp group of your old school mates, the first thing you notice is that you now need to charge your phone twice as much. Every body is talking. Strange numbers in weird, confusing colour coding pop up every second. People from different parts of the world are typing around the clock.
Messages come in spuriously, and everybody is trying to figure out who is who – match the phone numbers to the profile pictures.

A lot of my friends have never made it beyond this stage. As soon as they receive notification that they’ve been added to a secondary school group, they leave. No time to waste time. However, I asked some of the people who hung around, what their observations were about these groups, and why they stayed.

“Those people blow up your phone with irrelevant photos. Please who cares about the fake LV Bag you’re selling?”

“I find their gist entertaining. Some of the razz people from school are still razz. And they ain’t too proud to show it.”

“The alerts keep going off at night. I had to leave the group”

In planning to rebuild a hostel in their former school, the Class of ’94 of a Federal Government college in Nigeria tried, and failed to pool their resources. After deliberating long and hard and how much they needed to gather, they had to nominate a team in their class to spearhead the project in campaign. It ended up being a messy fight; names were called, aspersions were cast, and accusations of financial mismanagement rocked the group.
Mini Nigeria.

Apart from the inordinate volume of messages and the battery drainage, did anybody actually find any of these groups useful? Isn’t networking supposed to be a big deal these days? Surely these reunions are good for professional advancement. Maybe; maybe not.

There are no guarantees that you are the same person you were in Secondary school; there’s only so much reminiscing you can do about the dining hall and the inter-house sports, before people get weary. People have grown up, they now have new lives, and new experiences – reminiscing can be sweet, but there needs to be a finite point for it.

Also, there are some people who are still lugging the baggage of bitterness from the hurt inflicted on them 10 years ago. Who says they want to go back to being in the same space as you?

Then, there’s the tiny issue of projects and decisionmaking. Anybody who has been on a Whatsapp group consisting of Nigerians will tell you how frustrating it is to make a decision. From little things like planning a bridal shower, to trying to buy a bus for your old school – these groups will make you want to bang your head against a wall.

Or make a decision. Do something. Anything, but going back and forth over trying to decide how much should be allocated to the project.
Someone told me that in their Whatsapp group for the 20th anniversary of their graduation, they’ve been trying to come up with an appropriate levy plan for everybody.

“What is wrong with an equal levy across board?” I asked, pretending to be naïve.

“They said some people are doing better than other people and so they should be able to support more.”
Of course, his response reminded me of our spirit of entitlement to another person’s disposable income.

So, why do these groups still exist? Well, some people find it entertaining. My cousin said she found all the stories and recaps very interesting until someone sent her a private message outside the group asking for letter of invitation.
She ran!

But, it’s not all doom and gloom with Whatsapp group and secondary school alumni. At least, I’m guessing so, because they still exist and they’re going strong.

To those of you who managed to make it past the first day of invite… more power to your texting fingers. We hope you build the new hostel for your school soon.

Seun Akinlosotu: Blooming Woes – The Rush To Become a Woman