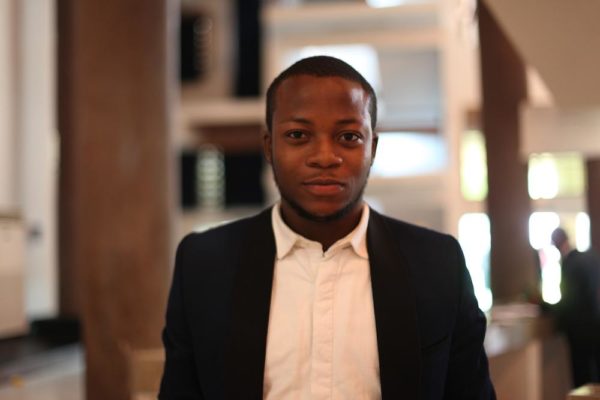 Close neighbours are the Governor’s Office, the Legislature, the civil service compound, the headquarters of countless government agencies, the Ikeja City Mall and well-manicured public parks.
At any given time, along the street you would find men and women of many uniforms, all employees of the government, directing traffic, waiting on a call for a fire emergency, checking for broken tail lights or expired drivers’ licences, arguing with dance drivers, waving batons, carrying guns or asking for bribes without making eye contact, looking over their shoulder, or in an opposite direction.

More than once, agents from Kick against Indiscipline (K.A.I.) – whose sole preoccupation is apparently to keep our streets free of such inconveniences like hawkers – come around, in a file of leaf green uniforms, their big green truck reminiscent of military-era Black Maria parked not far away. The hawkers would disperse in a panic. Transactions would be suspended, a passenger having collected a drink and stretching out to pay, would find that it is the asphalt below that would receive the money. Fruits may skid off trays , while the unfortunate hawker is grazed by a car he races against. So much happens in that instant when all the traders can think of is how to scamper away from capture.

The last time it happened, a young boy, struggling to keep hold of a tray of groundnuts on his head, ran to my estate gate. He hadn’t been seen by the agents and sought refuge within.
After their operation, the triumphant K.A.I. agents would set up chairs and consider their spoils. Around them would be confiscated cans of Ribena, Orijin, yoghurt, cashew nuts. They would share amongst themselves.
Before this, less fortunate colleagues of the young groundnut seller granted entry and safety by my estate security were either assaulted or escorted to the big green trucks with a fist in their trousers, gripping the waistband, encouraging them to move quickly.

I imagine that the events on Ikorodu road are similar to the ones I’ve witnessed; a hawker running from the government’s agents and the likelihood of his sustenance taken from him. He ultimately, unfortunately, did not need it anymore as the collision between his body and an oncoming 2, 586 kilogram truck guaranteed.
Reportedly, close to 50 Bus Rapid Transit (BRT) vehicles, owned by the government’s transportation agency, were vandalized by enraged citizens. Hawkers have therefore been banned, and we who patronise them, risk a fine or jail time.

As usual, the ban has spurned heated debates online and awakened many armchair activists in need of a throbbing issue to fan with their intellectual flex. I cannot dare to boast of their prowess. I just have a few questions to ask.

What does the ban seek to achieve?
If it is punishment for the government’s precious buses, then for the umpteenth time, they have missed the mark.
Did the Governor and his advisers consider what the violence that ensued after the hawker’s death is symptomatic of? Angry, frustrated Nigerians in need of an outlet that saw once again, the big man quite literally crushing the little man.

A man was going about his living. He has to run miles in the scorching sun, for an amount that likely will not provide the dignity of eating three times a day. He is not allowed even that. This is perhaps the only choice he has. He dies trying. This is the same government he and many of those who resorted to violence may, and can blame to some extent for their circumstance – for the lack of jobs, inability to earn a decent living, non-access to affordable housing, the list may read on till the Last Trumpet. An opportunity presented itself to draw blood, to exact some revenge. They reacted. They targeted things that represented this erring government; not as monsters, destroyers, violators, but as humans.

Were the hawkers and other citizens who attacked the buses lying in wait for a reason to vandalize Lagos State’s buses? I don’t think so. Were they right in doing so? No. Was their anger at the involuntary manslaughter justified? Yes.

Is it to hasten Lagos State towards spotless, clean, mega city status?
Have Governor Ambode and his advisors considered the circumstances which allow for the proliferation of hawkers in the first place? Has the government provided a better option? Is hawking on the street their sole aspiration in life? Have the conditions that led them to walk, run, sweat, bleed on long, endless stretches of asphalt been reviewed? Do these threats to Lagos’s aspiration to cosmopolitan-ness have better options? As someone rightly pointed out on Twitter, by banning them from hawking, you might as well ban them from being poor, from making a choice to earn honestly the best way they know how, from deciding to feed their families come what may; even it means walking the length of the longest bridge in Africa both ways.

We are assured that there is a Lagos State Employability Trust Fund that may cater to the banned hawkers. The Trust Fund according to its website will serve “to invest in the businesses of small and medium scale entrepreneurs who currently reside in Lagos. The fund will also help to train residents, to qualify them for better jobs.” I am confident that a majority of street hawkers do not qualify as small or medium scale entrepreneurs.

But there’s hope with the latter part of the promise, ‘to qualify them for better jobs’. Will this take into consideration those who have little or no formal education? The website’s text and tone speaks to the well-educated, aspiring, perhaps middle-class business owner who has done work, has good ideas who needs a financial nudge in the right direction.

The website does not at all suggest it was created for those who cannot read or know where or how to access it. It does nothing for those who do not even know where the journey starts / have no tools / resources of their own to leverage with the government’s, whose most urgent needs are welfare, to at least muster the energy for entrepreneurial help. This is the bracket where majority of hawkers and the state’s poor fall.

Is the end goal of the knee-jerk ban, the regulation of hawkers?
Let us presume that this is the case – though the way it is being made, beggars reasoning. Let us presume the Fund stated above would be revised and its language and processes altered to accommodate hawkers. Let us assume the government will set up a regulatory body or at least assign one of the current legion to regulate hawkers.
Is the government prepared to go the extra mile to ensure these hawkers are not exploited? One would presume these hawkers are largely uneducated or uniformed. Very easily in Nigeria, and in Lagos, bullying by batons and fists can be exchanged with bullying by papers, long forms to fill, dues, taxes and gratuities to be paid. If a corrupt officer asks for extra something for the hawker’s paperwork to be processed, or is levied heavily, precious money he cannot afford to give away, to whom shall the hawker turn. Who should he report to? Whose report will the government believe?

***
The mark of a stable and ultimately successful society is not determined by how many records its new bridges break; it will not be measured by how much of the Atlantic Ocean is sand-filled for a new city to be built on, or by how many billionaires it allows to evade tax in return for their magnanimity in contributing to industry.
The mark of a stable society is in how it protects its old, weak, vulnerable, the poor, the helpless, the ones whose neglect and anger can one day sink, burn, everything we cross with a ribbon, and launch in front of flashing lights and cameras, the things we keenly crown with affirming words like innovation and development and pat ourselves on the back for.