Akpo Uyeh: The Problem with Some Salutations 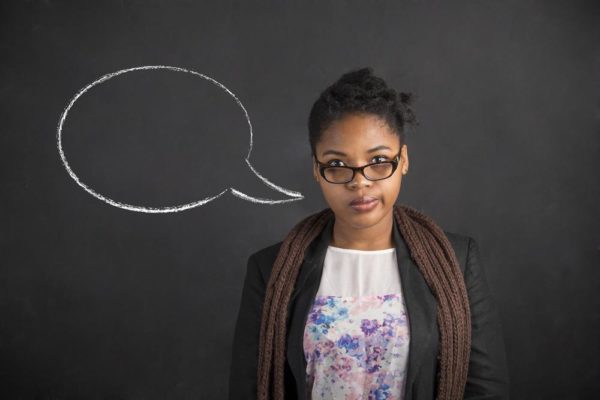 The other day at the market while buying food items, the yam seller- a young man probably older than I am or possibly within the same age bracket as myself, kept on addressing me as ‘Ma.’ As I was negotiating with him, the ”Ma”  was just coming out from his mouth continuously. Somehow it was annoying because he made feel like I was very old or something. I decided to respond by referring to him as ‘Sir.’ Maybe I needed to put on invisible earphones because it sounded derogatory to me. After being addressed in that manner, I  had to do a physical check up-did I overdress, was I sending the wrong signal, how was my body language or was I acting up? Everything was virtually in check.

Personally,I don’t like to be addressed as ‘Ma’ by adults. If it were some primary or secondary school students and I was their teacher then that would permissible but for someone in my age bracket or obviously way older kinda appeared awkward to me, the addressee. Some guys add salt to injury.

A  male friend of mine refers to me as ‘Ma’. He has drawn boundaries already that our friendship is that of respect. Imagine while we were chatting on social media, he used the word” Ma” repetitively. I was wondering when at another time, he referred to me as ‘baby’. My first reaction was- like seriously?  Only for him to tell me later on that the message was not for me.  At least that clarified the message cause I could not connect the word with the person in question. I literally endure the Mas as they come or respond back in a similar manner. Some people do it out of courtesy but I think some others do it with a reminder attached that “omo you getting old oo‘.

For crying out loud,I’m not old now maybe older,yes.The trend is usually to create an impression of aging. I have been in situations where addressing young mommas as Ma had been an issue. My own school of thought believes that Ma should be reserved for elderly women. Even as that some women take it personal. Though this is a case of different strokes for different folks.

Another form of address i find appalling is ”Miss”. Call centers agents do not help matters. You call them to lodge a complaint or make inquiries and the next thing they are ask after your name is are you a Miss or Mrs.  And I would be like –all join. My thoughts….. call me by my name ni. That sounds sweeter and pleasant to hear.This guy who I did not eventually go out with but somehow got talking after a while kept on hammering that I was Miss.  I had to politely excuse myself from the conversation. I noticed some bus conductors would calling  me ”Ma-ma”. I do not know if I am to entertain such address. In this case, I think ”Aunty ” would serve as a better substitute.  On a safer side, ”Mama” is much better than ”baby” from a bus driver or conductor.


Doing my industrial training some years ago,my supervisor, a young mother disliked being referred to as Ma. She preferred to be called Ma’am or Madam with the E i.e Madame. It was not an issue and we got along very well.  Different strokes for different folks.Once upon a time, a colleague got offended that I referred to as madam. I became so conscious of the word. All of a sudden, I have started having issues with the word ”madam”. I think madam is for already ‘made women’,abi?  I wondered why I allowed it to affect me to a point when a woman in a cab had called me madam non-stop, I got tired at some point and responded back: ”U too madam”. That was how she started giving history lessons. The woman told me that she calls any woman older than her daughter ” madam”. And I was like really? Okay then.

An elderly woman who worked in a daycare as a cleaner did not appreciate the fact that she was referred to as “Mama” even if it was clear that she was the oldest. I think it made her feel older. She preferred the sound of “Big Momma” . That was her perfect name substitute that made her beam with smiles and carry on her duties happily.

Well…I am not promoting disrespect. Africans are very cultured and one of our values is showing regard for our elders. The only comma is when showing respect is in form of mockery or scorn. The whole essence of this write-up is to draw the line between sincere reverence and killing of the other person’s morale.  For the latter,my strategy would be to put on invisible earphones to act deaf to any address that I detest. Another way out would look at it in a positive light and not read negative meaning. But seriously,do not Ma me, it’s not funny!