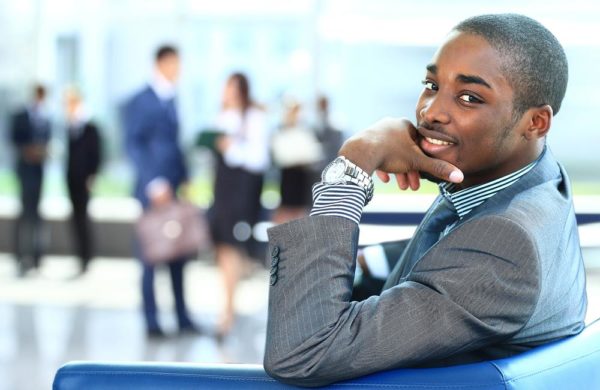 You might not have gotten the memo, so I’m here to tell you that networking is a necessary part of adult life. Talking to people, making conversation and appearing interested in the conversation, when sometimes you would rather be at home, watching rerun episodes of Friends while munching on sugar loaded popcorn and sipping soda. I won’t say I’m a guru at networking yet, but my networking skills have grown tremendously over the past few years. Previously, if a speech bubble could appear over my head, it would have read “What do I say next?” in caps, with three exclamation marks!
I consciously started to work on my networking skills and I was encouraged by the results I observed. I have now built amazing business and personal relationships by being proactive and confident around new people. I’ve grown from making those awkward conversation starters to becoming a lot better at leaving a lasting impression, and I’m sharing eight of the top tips that have helped me along my journey.

Networking disambiguation
Before I go any further, it is important to disabuse your mind to what you probably believe networking is. Networking is not only about “networking events” or pre/post conference mingling. Networking happens everywhere- at the gym, supermarket, in church (especially in church oh), at weddings in your #asoebibella, on the Lekki Ikoyi Bridge, or on Oxford street. The first thing I taught myself was to recognise that there is an opportunity to expand my network no matter where I am. I also used low-ticket interactions to build my confidence. For example, I could strike a conversation with someone while waiting to see the dentist. These little interactions exposed flaws in how I told my story (see number six below) and I learnt how to introduce myself better.

Avoid being creepy- Don’t give too much information
When in doubt, try to keep quiet, because you cannot “unsay” what is already said. Imagine this conversation:
Mr A- Hi, how are you, my name is Mr A.
Miss B- I’m Miss B and it’s nice to meet you.
Mr A- Nice shirt, my grandmother used to have curtains in that exact material. Well, that was before she died. Now I’ll never see her again *sob, sob, sob.*
Miss B- *running away, thinking AWKWARD.
I know this example might be extreme, but it just goes to show that the first thing that comes to mind might not be the best thing to say. While you don’t want to sound rehearsed and artificial, you should not speak just for the purpose of filling the void. Saying the first thing that comes to mind, is not necessarily the best approach. Sometimes you need to chill a bit and implement tip three.

Ask questions and listen
This is perhaps the most important tip. People generally love to talk about themselves, so when you are on the verge of saying something awkward, or there’s a strange silence; try to ask a question, preferably a question related to something that is being discussed. In order to ask sensible questions, you also need to listen. Don’t just talk to someone with the intention of getting their complimentary card. Ask genuine questions and be interested in what they are saying. If the conversation doesn’t interest you, then maybe it’s time to meet someone else.
Listening is the other important half of this tip because it is only through listening you can know that the person you are conversing with loves rowing or has read the Harry Potter books back to back (like it’s a hit) 10 times. Listening helps you realise that you have friends in common, grew up in the same city or have read the same books. When I lived in Cambridge for a year, I had the opportunity to network with people from different backgrounds. I met a brilliant PhD student from the U.K who mentioned something about Chimamanda Adichie, and this formed the basis for a long and engaging conversation about black women, hair and what it means to be an African woman. It was ridiculously easy to jump from one conversation to another because I listened to her.

Read- A LOT
You know that random fact you learnt about hippos? How will you feel if I tell you it might actually come in as handy as the latest tech or financial update. I find that I’m more confident while networking when I’m on top of the news and current affairs. I’ve also discovered that reading wide makes me prepared to speak to a wide variety of people. I encourage you to click on that article about Hillary Clinton and also click on the article about polar bears or dog psychology, because you never know which of them would be a conversation starter.

Be punctual
This is such an easy tip and it has worked like a charm. When you have a planned event, make sure you arrive early. No Nigerian or African time. In fact, arrive at least fifteen minutes before the event is meant to start. When you arrive early, you already have something in common with the other person who also arrived early! You both arrived early. It becomes easy to walk up to them, talk about your expectations for the event, how you heard about the event, who you expect to attend the event and so on. Even if you don’t get to talk to the other early birds at that event, the odds are that you would have noticed each other, and if the start align, you might meet again, then you say “Hi, did you attend that XYZ event at ABC place?” Bingo!

Have a story
This is a bit tricky because your story might change depending on where you are and who your target audience is. I always ask myself several questions which determine how I introduce myself. Should I put on the cap of a lawyer at this event? Am I an entrepreneur or a writer? Am I the person with a target to run 100 kilometres in a month? Am I looking for mentorship? Am I looking to mentor? The answers to these questions determine how I introduce myself. It is important to tell a story that will stick. So if I’m at the gym, the odds are that I’ll tell you how I lost fifteen kilos in about a year, gained five kilograms and I’m now looking to lose those five. Even if you forget my name, the odds are that you will not forget my story. It doesn’t matter if you call me the “girl with five kilos to lose”, so far we have made a connection. Now apply this principle of telling a compelling story to any other situation. I’m sure you get my drift.

Remember names
Remembering names could be a bit difficult, especially when you are meeting a lot of people at the same time. I guess it’s not a terrible deal breaker in that situation, and you can politely ask for the name again. However it could be a little bit embarrassing when you can’t remember the name of the only other person in the room, after being introduced two minutes ago. My experiences taught me that the only reason I was unable to remember names was because I chose not to! I did not make a conscious effort to remember the names of the people I met. I solved this problem by quickly associating the new name to something already familiar. For example, if I meet a Chioma, I try to think of any other Chioma I know and see if they have anything in common. If I don’t have any existing Chioma friend, but this Chioma I’ve met has a great sense of humour, I might associate her with “Chi-gurl” the comediene, and hopefully, I should successfully remember her name. Another technique I use is saying the name as often as I can. So a conversation could go this way:
Chioma: Hi, my name is Chioma.
Me: Hello Chioma, it’s nice to meet you, I’m Mariam.
Chioma: So how did you hear about the yard sale?
Me: Hmm, Chioma, it’s a long story, but I got invited by the cousin of a friend of my high-school classmate, whose wife has a stall at the corner.
It might seem a bit tacky to keep repeating the name, but it’s been known to work. Give it a go.

Be yourself
Do you really have a choice? Scratch that, apparently you do have a choice, but I advise that you choose to be yourself, because you don’t know which part of your story would resonate with the other person. If for some reason I cannot understand, you are not confident enough in who you are, then please work on yourself. Read wide, listen to people who inspire you, constantly invest in yourself, and don’t be afraid to let your awesomeness shine through.
There are a bunch of other tips that have helped me, such as learning how to dress for the occassion, and making a great first impression by giving a firm handshake, but I think I’ve given enough tips for one article, and I’d love to hear from you instead. Do you dread networking or are you a networking guru? If you are great at networking, please share the tips that helped you become a guru.

Sylvester Kay-Adade: A Balanced Life is a Happy Life

Akpo Uyeh: The Problem with Some Salutations