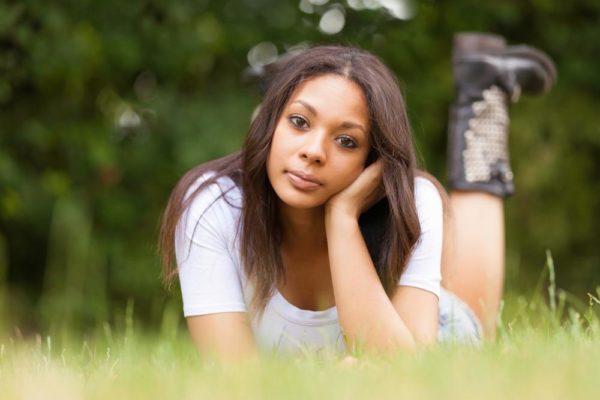 History makes us know that before the introduction of science, our forefathers practised voodoo (black magic). It is still very rampant. Have you heard of court cases where witnesses are made to swear by Ogun (god of iron) or Sango (god of thunder) or  by the god of that locality? The witnesses sometimes tend to be more fearful when it comes to swearing to traditional gods than Western religion. They seem have reverence for the deities and not make the mistake of telling lies.

Just last month, it was reported that a Pastor was unconscious in a shrine. What happened? According to him, he got mandated by God  to destroy all the shrines in his communities. It was when he attempted destroying the shrines that he got stuck in the process. The residents had no choice to raise alarm. The priests in charge of the shrine insisted that until they performed certain rituals on the pastor in question, he would remain unconscious. We learnt that it took the intervention of the royalty before the cleric was freed from the spell.

On a mission to Badagry to collect data for a survey on climate change, engaging in Focus Group Discussion with respondents, I was quick to draw that they believe changing weather patterns is a function of divine powers, not climate change – as science makes us believe. According to them, it is not human-induced but an act of supreme powers. They even gave instances like ceremonies, social functions and other special occasions that can be disrupted if permission and consent of the rainmakers are not granted.

Speaking to one of the respondents that was very lettered, I found it amazing that he believed the rainmakers could alter climate patterns to suit them. He gave examples of how a wedding was disrupted because the couple failed to appease the rainmakers. The rainmakers had sent a heavy downpour of a sudden in what happened to be a bright sunny day. The wedding guests were running helter skelter for shelter. The wedding cake was almost marred. The white gown of the bride was covered with mud. The wedding had to be solemnized indoors. Even road construction workers have to appease the rain makers or it is bad business for them. In that area before any ceremony holds, all the stake holders are being gratified.

Another incident was during an inter-house sport competition. The school compound was not large enough for the competition so we sought space in another school in nearby locality. The name of the place is as fetish as it sounds. This one I witnessed with my two korokoro eyes because I was one of the teachers then. After so much preparation, the D-day finally came. Immediately the umpire blew the whistle for the commencement of the inter-house sports competition, the rain came down with annoyance. The children had to march in the rain, run in the rain…they did all the sports that could be done in the rain. Others had to be cancelled because of the slippery ground and mud.

I didn’t understand until another teacher was lamenting. I thought it was just unfortunate that it was a rainy day of all days. The other teacher said the people in that neighbourhood were very  diabolical, to have prevented the success of the sports. She also said the principal was stingy – refusing to pay to appease the village head and the community. Hence, the rainmakers withheld their blessings and sought to destroy the inter-house sports ceremony. Imagine the school inter house sports that so much planning, time, finance and energy was invested into… completely ruined. The photographs were blurry. We almost wanted to postpone the sports activities, but we just had to go on with it notwithstanding. It was even more shocking that when we were through, the rain subsided.

Science makes us believe that it is when the clouds are heavy from evaporation that rain falls. Other schools of thought attribute to divine forces. From my research findings, climate change is very real and visible. It will continue to show its ugly head because of human activities and  physical occurrences. If not properly managed, it would turn out to be a burden. Poverty would be on the increase. Food security would surely be affected. Rural and urban livelihood would be altered. Large influx of migrants to less depressed regions would be the outcome.

When it comes to who controls the forces of nature? Would we say it is backed by scientifically proven theories or black magic as tradition makes us believe?

Vanessa Onyema: We Need to Continue to Push For the Education of the Girl Child

Debbie Larry-Izamoje: 3 Factors That May Be Limiting Your Kick Off as a Successful Enterpreneur