Vanessa Onyema: We Need to Continue to Push For the Education of the Girl Child 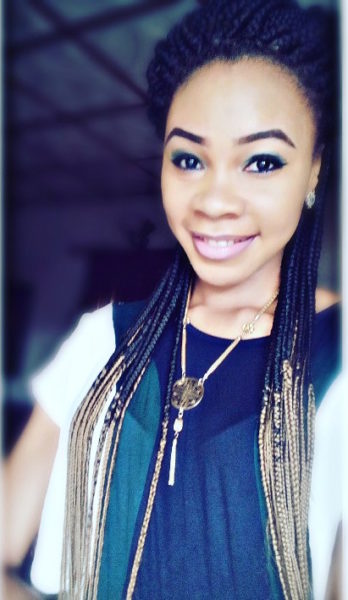 I have always heard about it; I view the horror from behind my television, in the comfort of my home everyday, but I have never had a personal encounter until that fateful day when I sat close to all my fears.

I wanted to let the tears flow but I had to be professional, so I blinked a few times and took in slow deep breaths.

She had a blank stare; I don’t think she understood her world was rapidly taking a different turn. Her mother looked like she saw an angel of death. She looked furious, bitter, resentful, disgusted, but in all… she had blame, not for her child but for herself as she thought deeply on what she did wrong training up her child.

“Where is the man?” I asked in Igbo

“At the police station, but I’m not sure they will hold him for long, what sort of problem is this? Oh God! Why me? “

She tried to hold herself from breaking down. She couldn’t, so she tilted her head to the side and let it flow.

I looked at the fragile fourteen year old in front of me and I replayed the story she told. She met a man in his forties. He lured her, enticed her, said he would change her world and status. He gave her money as little as five hundred Naira after each encounter. To her it was more than enough. She was promised a way out of the country, a way to get a better life for her family.

It was nothing but a mere fantasy – a lot of water down the pipe and now he left her broken and pregnant.

This might be just another victimization story, but this happens everyday especially in communities where there is no proper system or structure to help young girls in this situation. What becomes their fate? Some are married off to the men, some leave to the promised land and come back with an STD – worse they die on their journey.

Living in our urban hemisphere, we don’t understand the value of educating a girl child, not just sitting in the classroom for hours but education by creating impact. If my first case of child pregnancy had education and knowledge impacted in her, she will understand fully that:

She had rights
She was more than a sexual being
She was too learned to be fazed by mediocre antics.
She had a voice
She had the power to end poverty the right way.
She believed in herself.
She could be anything and by acquiring a standard education, she could be more.

She could have known all these and more, but she didn’t –  and there are a whole lot of them sashaying their way into the traps of these shameless men everyday. One vulnerable girl child is lost and what do we do? Nothing.

I wasn’t even powerful enough to say let the punishment fit the crime. There wasn’t anything we could do to set an example of the man. There was not a fixed punishment for child traffickers and molesters. With the right push, he walked but she was already scarred… for life.

Angelique Kidjo once said “Everyone wins when children and especially girls have access to education. An educated girl is likely to increase her personal earning potential and prepare herself for a productive and fulfilling life, as well as reduce poverty in the whole community. Investing in girls’ education also helps delay early marriage and parenthood. Our booming economies in Africa need more female engineers, teachers and doctors to prosper and sustain growth.”

Writer, Illustrator and a lover of the arts. http://www.ongodi.blogspot.com Email : [email protected]