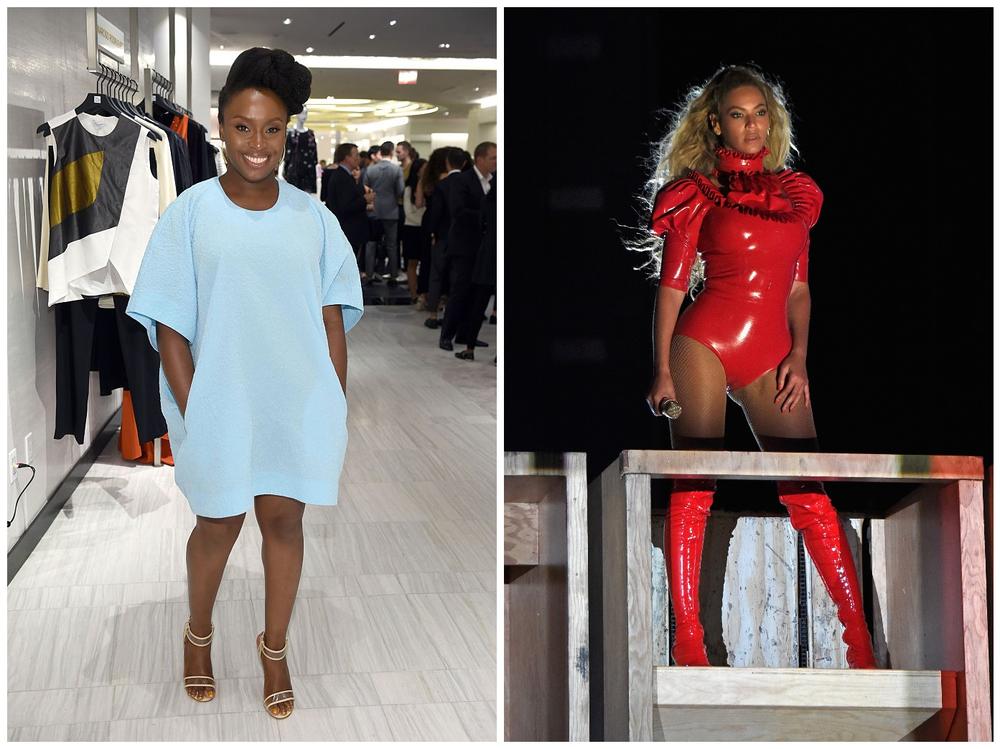 In a new interview with Dutch publication de Volkskrant, Award-winning Nigerian author Chimamanda Ngozi Adichie has commented for the first time on Beyoncé’s feminism. Beyoncé used fragments of Chimamanda’s TED Talk “We should all be feminists” in her song “***Flawless“. However, Chimamanda says ‘her type of feminism is not mine, as it is the kind that gives quite a lot of space to the necessity of men’.

de Volkskrant says in the months following the release of the song the big question was: what did Adichie, whose novel Americanah markedly climbed on the bestseller lists, actually think of this collaboration? This remained unclear, as in later interviews with the writer Beyoncé was hardly mentioned, and if she was, it only solicited a benign smile or ‘no comment’.

Now she has spoken…

On Beyonce being Lovely
‘In the first place: of course Beyoncé asked permission to use my texts, and I did give her permission. I think she’s lovely and I am convinced that she has nothing but the best intentions. In addition, Beyoncé is a celebrity of the first order and with this song she has reached many people who would otherwise probably never have heard the word feminism, let alone gone out and buy my essay.’

On media attention after the song’s release
‘But I was shocked about how many requests for an interview I received when that song was released. Literally every major newspaper in the world wanted to speak with me about Beyoncé. I felt such a resentment (laughs loudly). I thought: are books really that unimportant to you? Another thing I hated was that I read everywhere: now people finally know her, thanks to Beyoncé, or: she must be very grateful. I found that disappointing. I thought: I am a writer and I have been for some time and I refuse to perform in this charade that is now apparently expected of me: “Thanks to Beyoncé, my life will never be the same again.” That’s why it didn’t speak about it much.’

Beyoncé was applauded for her ‘coming out’ as a feminist, but she also received a lot of criticism, such as that she was only embracing feminism for commercial reasons and that her sexy outfits and shallow lyrics were incompatible with feminist ideas. Adichie has this to say:

‘Her style is not my style, but I do find it interesting that she takes a stand in political and social issues, since a few years. She portrays a woman who is in charge of her own destiny, who does her own thing, and she has girl power. I am very taken with that.’

‘Still, her type of feminism is not mine, as it is the kind that, at the same time, gives quite a lot of space to the necessity of men. I think men are lovely, but I don’t think that women should relate everything they do to men: did he hurt me, do I forgive him, did he put a ring on my finger? We women are so conditioned to relate everything to men. Put a group of women together and the conversation will eventually be about men. Put a group of men together and they will not talk about women at all, they will just talk about their own stuff. We women should spend about 20 per cent of our time on men, because it’s fun, but otherwise we should also be talking about our own stuff.’

Related Topics:beyonceChimamanda Ngozi Adichie
Up Next