Grace Efezokhae: Your Pain is Valid 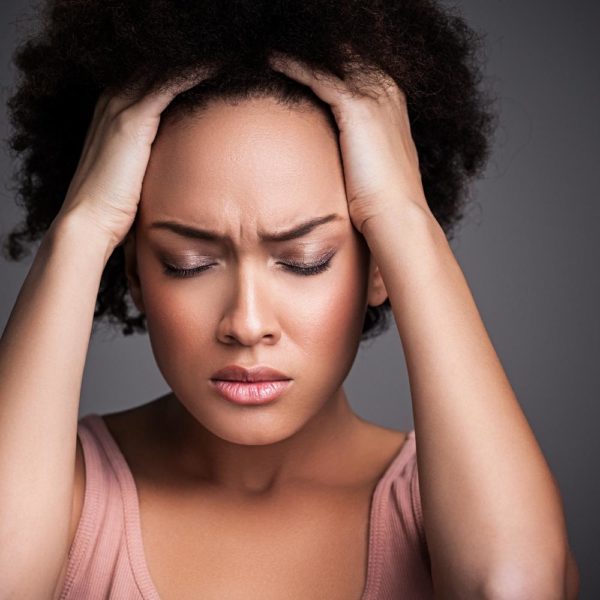 Until the year 2002, I was always curious to ask those who complained of a headache how they felt. I had asked if their heads were peppering them or felt like pin pricks. “Take Panadol or paracetamol and you will be fine” was my best advice. When I had my first headache, I felt like a hefty human was pounding yam with a mortar and pestle on my head. Any time I remember that day, I even feel the pain in my mind. I have come to learn that sometimes we never really get to understand how someone feel and even when we may have been in similar situations, our pains are different.

Last year, I was flipping through TV channels when I saw a woman crying seriously, so I stopped to watch. It was about her sick cat at a vet clinic where she claimed to have spent thousands of dollars without signs of recovery. According to her, the cat was like the daughter she never had. I was amused, laughed and just completely shut down the TV. Aarrgghhhh!!! It was just a cat and the face of the cat felt like she was ready to die.

I lost my younger brother in August 2016, he was the dearest person to me on earth. I still haven’t gotten over the fact that he is gone. A billion Thank Yous will not be enough to appreciate all those who stood by me throughout until now. From the friends who came visiting and the flat mate who took me on a walk at almost midnight on the day he died, God bless them. There were those who just called to ask if I had eaten and to let me know they were always there –  in case I needed to pour out my anger, scream or rant that they were there to listen. “How are you holding up?”, “you are in my prayers” and “have you eaten” were words that soothed the inner storms in my heart.

As I think back, I feel more loved to have great people around me. I had a few concerns with those who said ‘Grace, you just have to move on’ after just a few days. Like really? I should just move on just like that because my brother is like a bowl of ice cream I spilled on the table. Hearing ‘sorry for your loss’ and ‘pele’ especially when it comes with the ‘oh’ suffix make me cry till date.

As I had my reflections over the last few days, I have come to feel bad at being amused at the woman crying over her sick cat, my friend who cried at a restaurant because there was no porridge available which she badly wanted and ever telling someone to move on after a death or any other pain felt. Most times, those who are grieving may just need your presence in silence, a show of concern and just being empathic to the situation.

Cry if you want to and grieve how you want. It is up to friends to just be there to curb any excesses. I tried my hands on alcohol to numb the pain, I wanted to get drunk but the bitter taste of tequila gold did not let me be. Society tries to play down the way a person decides to grieve. Not everybody goes into auto grief at the event of a loss. Because someone cries, laughs, delves into some form of addiction doesn’t make them less human. It even pains me that when they see someone grieving in heavy makeup, dancing or just being happy, it irks people and makes them feel they had a hand in their loss. Taarh!!! One doesn’t have to carry a forlorn face with ashes sprayed over the body before you know one is mourning. As our finger prints are different, so are our grieving modes too.

Some years back, I paid a guy to teach me how to play the talking drum. After a while, he told me we will have to stop the lessons because he had lost his father around that time and he doesn’t want people thinking he is in a ‘celebration mood’ as his sister had complained. What if paying the drums and teaching others were his own way to get his mind occupied from his loss? Facebook was my escape route and a lot was happening online that called for discussions, pickup lines and funny memes. Writing a post and getting notifications too helped. It doesn’t mean that Facebook will be the best obsession to get over a pain or loss for another.

To everyone who has lost a pet, a loved one, suffered a heartbreak or missed out of opportunities, YOUR PAIN IS VALID. It will get better with time even though the pain never truly goes away.

“Come Sunday, they troop to the church/ Friday, they mouth their mantra in pious mosques/ But they pervert Justice all week long” Read this Viral Poem about Nigerian Corruption & Hypocrisy