Lota Ofodile: On Scale of 1 - Chimamanda Adichie's Feminism, How Deep Can You Fall in Love with Men? 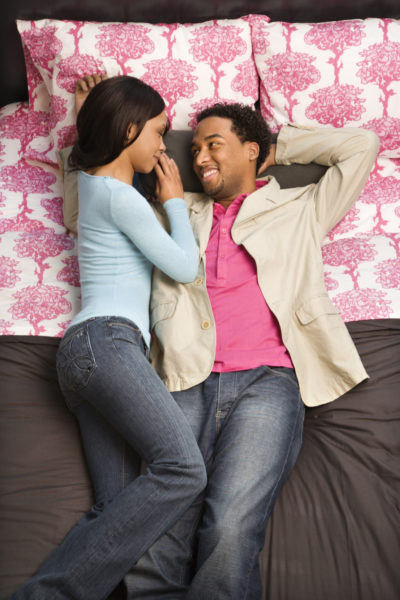 I personally don’t enjoy talking about this feminism topic, particularly with other females, because somehow, the conversation always ends up being unpleasant. Maybe it’s because I don’t fully understand the concept, or because my views aren’t exactly aligned with the “feminism” I see and hear about these days (I guess I’m still a bit traditional). Whenever I express how I feel about the issue, especially in the context of relationships/marriage, I’m somehow always wrong. I will often get attacked, sometimes even insulted, so I just prefer not to voice my opinion.

I actually remember a time I got insulted and subbed on Twitter for my “feminist” views. My mom even got dragged into it! It was a couple years ago, when a friend posted some sort of feminism banter on Facebook that started a long comment thread. Most, if not all, of the people commenting were on the same page, in the sense that they had very similar views to that of Aunty Chimamanda, which, by the way, I think are a bit extreme (and by a bit, I mean A LOT!)

I can’t even remember what exactly the discussion was about, but I was saying something along the lines of: I don’t exactly think that the gender roles in marriage need to be completely dismantled, and that I wouldn’t mind my husband being the head of my home, you know, referencing the Bible and all. Then someone said I am a disgrace to my mother and the entire female gender. Another time, it actually caused serious tension between me and one of my really close friends. So these days, I generally just keep my opinions to myself.

But I just had to react to Chimamanda’s recent interview with Dutch newspaper, de Volkskrant, where she stated that Beyoncé’s feminism is not her type of feminism because “it is the kind that, at the same time, gives quite a lot of space to the necessity of men. I think men are lovely, but I don’t think that women should relate everything they do to men… We women should spend about 20 per cent of our time on men, because it’s fun, but otherwise we should also be talking about our own stuff.”

(If you already feel some typa way, that’s fine, and you can stop reading at this point. But if you’re curious to know why I think differently, then please be my guest).

I think Chimamanda is an amazing author, and I love that she uses her position and platform to talk about serious issues such as feminism, black hair, etc. But sometimes, I feel like she takes it too far. The other day, she was giving a talk at an American university (which one of my friends was attending at the time), and she basically spoke against taking a man’s last name after marriage. And now, it’s women should spend 20% of our time on men because it’s fun? Really?

So what about the woman who really, truly wants a happy and perfect relationship/marriage? What happens to others like myself, who aspire to get married and have a family? Because whenever I hear Chimamanda talk feminism, or have this conversation with other women who share similar views, it always seems as though aspiring to marriage, as a woman, is a crime. Seriously though, what if you are like me, and you think love is a beautiful thing, so you hope to meet an amazing guy that would literally make you feel like a queen, and are determined to make that happen? Do I still qualify as a feminist? Because it seems not, at least not in many peoples’ eyes, including Chimamanda’s.

The other day, I was actually telling a friend that I don’t really understand the whole not-taking-your- husband’s-last name thing, because in my head I don’t see how that, for instance, bridges the wage gap between men and women, or how it helps the little girl in Saudi Arabia go to school. And she was like: “yeah well, if I take his last name, then he should take mine too”. Really though? So… both of you just switch last names then?

Obviously, I understand that for brand reasons, especially in the case of really successful and famous women, changing names might be difficult. And that’s probably the case for Chimamanda, which might be why she feels that way about it, but preaching it as if it is the “right” thing to do, and anything else is just unacceptable, is what I have a problem with it. And more so because of her  (more than well-deserved) position and influence, which for a lot of people, put her in a position to dictate or validate their life choices.

And don’t get me wrong. I am all for equal pay, education, employment, opportunity, and all that good stuff, for women. I just think that today’s feminism has taken a turn I’m not really sure about. I mean, you’ve probably heard of Amber Rose’s “slut walk” campaign, or the “free the nipple” movement, where some women basically walk about topless/naked in the name of feminism and protest.

I just think that sometimes we take this feminism thing too far, to the point that it might get in the way of our happiness. Yes, I believe that a man can make a woman happy, make her feel complete or fulfilled (and vice versa), and there is absolutely nothing wrong with that! Plus, what happens after I have become so successful, powerful and rich, and I go home and there is no one to share all that with? OR Yay! I am this really successful woman with all these great things going for me career wise/in general, but my love life is suffering because I am spending only 20% of my time thinking about men… because it is fun.

I am not here to tell any woman to idolize men, or even to aspire to marriage or whatever, NO. Because believe it or not, I am a firm believer of to each his own. In fact, fellow women, please go to school o! Dream big, work hard, be successful, and build yourself up. Everyone should, guys and girls alike. I just think that while feminism is a great and noble cause, there should be accommodations for feminist women who aspire to marriage—or at least those of us who would like to dedicate more than twenty percent of our time to the special men in our lives—without feeling not-feminist-enough, or worse, getting talked down or insulted.

I know that men (especially these our African brothers), have shown us pepper, and conceivably, this is where some of these feelings emanate, but perhaps a better solution might be: finding, grooming, and advocating for better, respecting, and well-deserving men, who will make our time and effort worth it.

Let us also not forget that each of us is different, and our priorities in life are not the same. Some people don’t even want to get married.

Oris Aigbokhaevbolo: A Review of 5 Films From the Lights Camera Africa Film Festival

On The Catwalk: Ejiro Amos Tafiri, Tokyo James & Maxivive at Glitz Fashion Week Africa, Was It Worth It?