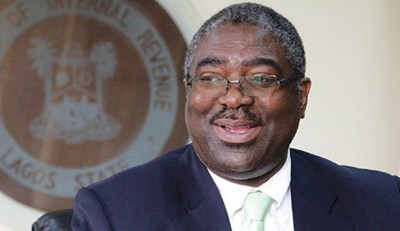 The Executive Chairman of the Federal Inland Revenue Service (FIRS), Tunde Fowler, on Monday said Nigerians would soon be made to show evidence of tax payment before they could obtain passports.

The News Agency of Nigeria reports that Fowler said this at the 136th meeting of the Joint Tax Board which had the theme, “Increased Inter-Agency Co-operation to Enhance Tax Compliance and Optimise Revenue Collection,’’ in Abuja.

He also announced that Nigerians who either wanted a new passport or renew an old one must show evidence of being a tax-payer.

“We did take a position and I believe it would be implemented in the very near future that before you get any services from the immigration department: renewal of passports etc, you’d have to show that you are a tax payer.

These things are normal all over the world and it would help us to serve Nigerians and Nigeria better.

People believe that payment of tax is a burden and I’ll repeat that you only pay tax on income and profits.

So, if you reside in Nigeria and you are benefiting from being a Nigerian resident, it is only fair that you contribute to the system that makes you enjoy that standard of living,’’ he said.

He said the FIRS set a target to increase the individual taxpayer data base by 10 million by December 31, 2016.

“I’m glad with our co-operation; we’ve been able to attain 30 per cent of that. We’ve been able to get 3 million individual taxpayers across the nation. I’d like to congratulate Kano State for leading the pack by increasing the database by 944,000 followed by Lagos with 306,000, then Kaduna and Plateau,’’ he said.

When asked by newsmen what he meant by citizens paying VAT on international passport, Fowler said every good and service except from items that are not VATABLE has to be charged VAT.

“What I can tell you is that as we move forward, as you obtain services from government they will ask you to show evidence of tax payment.”

The Corps Marshall of the Federal Road Safety Corps (FRSC), Boboye Oyeyemi, lamented that the FRSC was being owed N700m for number plate production.

He also decried the high rate of fake documentation at ports, saying “if we can strengthen inter-agency collaboration, we’ll get more results now that the focus is on IGR.’’

The Chairman of the Abia State Board of Internal Revenue, Udochukwu Ogbonna, urged the revenue generating agencies to cooperate digitally to ensure success and curb corruption.

Also, the Chairman of the Edo State Internal Revenue Service, Oseni Elamah, said “the FIRS should have a digital one-stop-shop accessible to all partners.’’

Some revenue generating agencies on Monday met in Abuja to curtail loss, stop corruption and increase proceeds to government coffers in 2017.

The event brought together all internal revenue service chairmen of the 36 states and the bosses of the Nigeria Customs Service (NCS), and the Nigeria Immigration Service (NIS).