The Fertile Chick: For the Men! 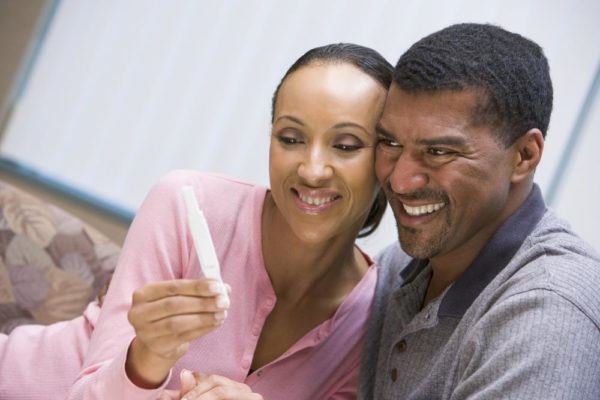 When people talk about TTC, and infertility as a whole, a whole lot more emphasis is laid on women…how we feel, how we’re coping, how we’re being treated, how the world is treating us. It’s pretty much all about us. We often tend to forget about the feelings of these men journeying along with us.

When we were TTC, my husband was very supportive. But he was also annoyingly optimistic and even sometimes blasé about the whole thing. Till the very end, he never could understand my fear, my panic, or my frustration. He couldn’t understand why we just couldn’t relax and go with the flow. He didn’t see the need for us to put ourselves through so much stress, for something he was sure would happen in the end. And I know a lot of other women with spouses like that. Some have said we’re the lucky ones, but many would beg to differ. When your spouse isn’t on the same level of urgency as you, and tells you things like “It doesn’t matter if we have sex today or not” when you are smack in the middle of your fertile window, you don’t quite feel so lucky.

And then there are the TTC women whose husbands are the exact opposite; closely monitoring and micro managing their cycles, diet, meds, etc., sometimes even more closely than they would. These are the men who are dead serious about the best time and positions for conception, the men who have become Dr. Google’s best patients, the men who will stop at nothing until the baby comes. Some people would also call women with partners like this lucky…but do they agree? Not so much. “Nicole, he is driving me crazy! All I want is just to take a break…to have a breather! But he wants us to cycle again right away!” was the lamentation of a TTC friend of mine, a few short weeks after their failed IVF cycle. So no, she wasn’t feeling that lucky to have one of this rare breed of men…because they are a rare breed. Of all the TTC women I know, this class of men make up probably about 10%.

I won’t even talk about that other class of men, the men that are unsupportive and emotionally/verbally abusive partners. The men who derive pleasure in taunting their spouses about their infertility, calling them names and issuing ultimatums at the drop of a hat. No, not today. Discussing this group of men, which unfortunately makes up a growing percentage of TTC men, is a separate topic entirely.

But why do our men react to infertility differently than we do? Why are they often unwilling to even talk about it? I read something online that alluded to the fact that, unlike women, men are not reminded on a monthly basis of their fertility, or lack thereof, thus making them appear less sensitive and distressed by the TTC journey. I also read about how the fact that men typically get diagnosed further down the line (with their wives diagnosed a lot earlier in the TTC journey), and also because their own diagnostic procedures are not as invasive or complicated (any woman who has had to endure a transvaginal scan or hysteroscopy can attest to this!), it makes them even further removed. But I don’t quite agree with this though. Regardless of how ‘easy’ it might be for the men to just pour semen into a cup, a diagnosis of infertility is just as, if not even more, harrowing than when it is the women who get the verdict.

For me, I think it is a cultural thing. Our men are expected to be the strong ones…the ones who don’t break…the Mr. Fix-Its. Our culture expects men to be strong in the face of adversity, and for a lot of men, strength requires emotional detachment. This explains why some of our spouses are a little too ‘rational’ and ‘optimistic’ about the process, why some of them would rather give you a brief hug and a cuddle, rather than cry along with you.

This theory of mine was further enhanced at the recent BeiBei Haven Pregnancy & Baby Loss Awareness Seminar, when one of the speakers talked about how strong her husband was, not only during their TTC process, but even after the painful loss of their pregnancy. She said he remained her solid rock through it all. She had no idea of the pain he was bottling in until a friend of hers went to her house unannounced, shortly after their miscarriage, and found her husband wailing like a baby, the floodgates of his suppressed emotions opened.  At first I felt so sorry for this man, and all other men who have had to bottle their emotions in order to show their partners strength. But I realized that in my own TTC days, I too had been dependent on that strength. Would I have liked it if both my husband and I would be in tears every time my period showed up? Would I have preferred it if we had both been crippled with devastation after the failure of our first IVF cycle? I’d like to say I would, but the truth is having him be the strong one was a huge relief for me.

But now, in hindsight, I can’t help but think it might have been tad a selfish.

Though it might be hard, I think TTC women need to take a step back sometimes. Step out of your own emotions and focus on the emotions of your partner, even if he is forming strong dude. Ask him about his emotional needs, instead of assuming. And if he brushes off your question (as many of our men would), hone your listening ear to pick up on his verbal and, more importantly, his non-verbal communication. Understand that men tend to process their emotions through activities like work, projects, sports, etc., so give him the space to do whatever he needs to manage the stress. If being blasé and optimistic is his own coping mechanism, learn how to accept it. But most importantly, let him know that he doesn’t need to act the tough guy, and that if he ever feels the need to express his emotions…his sadness, disappointment, grief…you’ll be there to support him.

It’s not easy, but in the end, it’s about realizing we’re in this together!

Nkem DenChukwu: Why Dine With The Devil?

‘Tale Means Business: 5 Steps to Being B.A.E with Your Business