The Adoption Series with Abimbola Adeluwoye: Infertility & the Option of Adoption 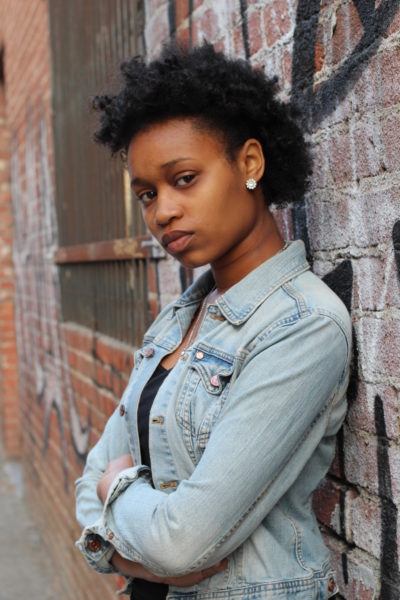 This past 5th December, we marked the first anniversary of a colleague who passed. She was married, and aged forty-two. I remember her service of songs very clearly. A lot of people came to eulogize her. Most had grand things to say about her, even the ones she collided with, constantly. I realized that death makes us so blind to the faults we so earnestly seek in the departed, when they are alive.

One thing that was also heard on the lips of many, was how she has lived an unfulfilled life, as she died without bearing a child.

Recently, I was taught in Sunday school, that a marriage without children is not a fulfilled one, and had not achieved the purpose for which God created it.

Until November last year, I was engaged to someone I was older than. Apart from the age difference, the other major basis on which his male relatives refused to give their consent was my child-bearing abilities, having just passed the 30 year mark.

Using the clinical definition of the World Health Organization (WHO), infertility is defined as “a disease of the reproductive system defined by the failure to achieve pregnancy after twelve (12) months of regular unprotected sexual intercourse”. Others have defined it as “a diminished or absent ability to conceive and bear offspring”.

It seems quite incongruous doesn’t it? We are touted to be Africa’s most populous nation with over 190 million Nigerians on the continent, and projected population estimate to hit 397 million by 2050. Yet 25% of couples still suffer from infertility; and 40 – 45% of all gynaecological clinics are infertility related. This percentile is also expected to rise. It begs the question, where are the children coming from? Or rather, where are the figures coming from?

Apart from the medical causes of infertility, such as endometriosis, some sexually transmitted diseases, a botched abortion, other reasons have been given for the disability which include technology, consumption of alcohol and carbonated drinks, use of bleaching creams, stress, prolonged use of some certain drugs and over exercise.

Nothing prepares anyone for the news.

Infertility is often viewed as something that happens to other people, until you are compelled to face the reality personally, months after deliberate consummation has taken place over and over again. The fear has been described as slow, crippling and gradually building to a crescendo it never reaches. The never knowing when.

I won’t pretend to know the pain myself; it is not my reality. But all I had to do was look into late Daddy Amadi’s eyes after church on Sundays. We would all flock to him and he would take us for ice cream. The Adeluwoye’s, the Molokwus’s, the Ichekwu’s, the Adeoguns, the Nzekwe’s and many more. We were a bunch. I watched his eyes take us all in and never understood that forlorn smile until I was older. He and Aunt Rhoda remained childless until his death.

For most people in other climes, adoption is often seen as a last resort when all else has failed. All else including IVF, Surrogacy, and other Assisted Reproduction Technology (ART) options. Others adopt despite having biological children.

In Nigeria, “all else” would normally include prayers at churches, mosques, the beach, the mountains, traditional places of worship and sometimes a combination of all three; the second wife option, and finally, medicine. Even then, it is more of fostering than adopting.

In surveys carried out in Teaching Hospitals across Nigeria, including Zaria, Ibadan, Enugu and Kano among couples with infertility, it was found that most people had a reasonable grasp of what adoption is about.

Most, however, would not consider adoption because they felt it was an expression of a lack of faith in God as they remained hopeful of child bearing and did not view adoption as a God ordained way of solving their infertility. It was almost synonymous with giving up that someday they would have a child of their own.

In a similar survey in Iran, among the same type of couples, even though some exhibited a willingness to adopt, some viewed adoption as not psychologically acceptable for them because it was alien to their culture and the degree of acceptance the child would have in the communal family.

When my colleague died and someone spoke about how her infertility had rendered her forty- two years on earth, meaningless, I remembered when Prime Minister, Theresa May was hounded by Andrea Leadsom, who said she (Andrea) “had more stake in the future because she had children” when considerations were up for Prime Ministership.

And by inference, what meaninglessness and lack of contribution to the future must have been the lives Mother Theresa of Calcutta, Barbara Taylor Bradford, William Blake, Coco Chanel, Ludwig Van Beethoven, Abdullah al- Baradouni brought to the world.

At church, in that fateful Sunday school class, I raised my hand and spoke for the first time. I told the class, rather not piously if I must say, that children were not the purpose of marriage. That if they were, God would have made it that people would only get pregnant after they got married. Secondly, children were not the measurement of a fulfilled marriage; that if you understood the purpose of your partner in your life, why you married that very person, and God’s vision for marriage it is a scared path that each couple bears individually. It was up to you find out what it was and ensure you live it. That is fulfillment.

Personally, when I was informed of my former fiancé’s family’s decision, it made me consider doing stupid things like trying getting to pregnant so they could endorse the marriage, despite the fact that it was a celibate relationship. I would have had sex, got pregnant and not married him, just out of spite; just to show them that I could do it. He must have believed I couldn’t too to have reneged; but who would that make me? To make a baby a pawn?

This was not considered with a desperation to get married to him on my part. Rather, it was a desperation borne out of an unwillingness to face a reality that I am not exempt from. Like a friend told me rather unkindly, you think you are getting younger. You are not. Very soon, your time will come and go.

The government should explain adoption in materials available in our indigenous languages. Doctors should also recommend adoption, not as an after-thought, but alongside other options to patients.

Religious figures should encourage Nigerians to embrace adoption. Adoption is a call to love which we can fulfill with the right environment without being judged or questioned. It is a theme that is central to all our beliefs.

As someone wrote in the United Kingdom’s Independent Newspaper, “…whether or not your cervix dilated to 10cm once has very little bearing on your happiness”

The truth is that for some couples, it does. But if you are willing, I ask, have you considered adoption?

“Adoption… not a fall back plan option or because you can’t have our own. But wholly believing you are seeking to bring home the very child God created with you and your home in mind, fully equipping you to be the very parent he called you to be”.

Happy New Year, Nigeria. May the year be kind to us all.