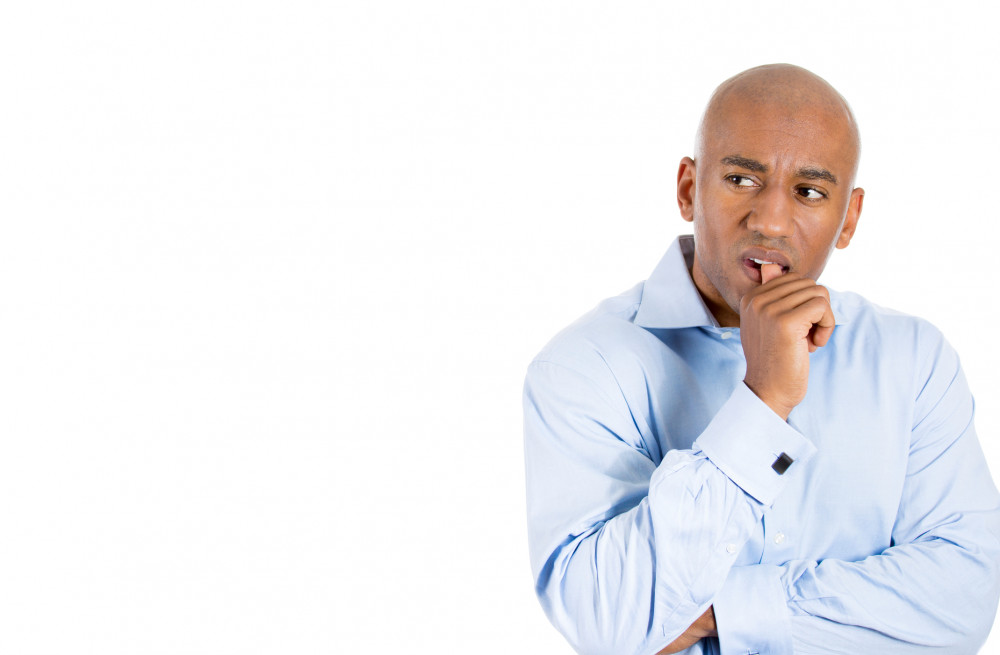 One of the investigations my wife had to go for while we were trying to conceive was the follicular scan. We were told it was part of a process known as folliculometry. This was to ascertain a few things about her eggs and ovaries, as well as effectively predict her ovulation.

For a layman like me, that was mumbo jumbo; but wife seemed to understand what the doctors were talking about. I had to show some interest all the same, since we were in it together.

What later shocked me was what happened when I decided to accompany my wife to one of these tests and opt for semen analysis. I felt since my wife was trying to be sure everything was okay with her, I also needed to be sure I wasn’t the one who should actually be on treatment.

“Ha! Madam, na wah for this your husband o,” one of the lab attendants told my wife, grinning as she kept looking at me, apparently struggling to conceal her amazement.

I wanted to undergo semen analysis and was asking all manner of questions to be sure what exactly it was. I must have shattered the lab attendant’s perception of the average husband of a woman who might be on fertility treatment soon.

“What’s the big deal with me opting to do a semen analysis,” I enquired, eager to dig into what this woman wasn’t saying with her mischievous smiles that had become part of our conversation that morning.

“Oga, it is always difficult getting men to come and do semen analysis,” the woman told me, adding that most men exaggerate their reproductive health and fertility, hence they are usually shocked when handed a test result that proves the contrary.

Society had assumed that when couples don’t have kids, it is because the woman can’t conceive. But the reality from the labs is quite the opposite. And in some of these cases, the men are aware of the issues, according to my interactions with this lab attendant.

So, whenever a woman’s tummy is not protruding, she is infertile, irrespective of the fact that she needs someone (of course a man) to get her pregnant. And it doesn’t matter if that man in question has impediments that seem to have limited his reproductive capacity.

Now, when the man is the source of infertility in a union, the African society tends to cover it up and protect him from the ridicule that most women suffer, even when it has not been medically proven that they have problems conceiving.

The sad side of the story is when the woman is subjected to physical and emotional abuse as a result of a problem she is not responsible for.

In my interactions with organisations dealing with issues of domestic and gender-based-violence, not a few of them confirmed that infertility among couples has contributed to cases of violent physical abuse with some eventually leading to divorce.

I was told the story of a woman whose husband was diagnosed with aspermia: the complete lack of semen with ejaculate. This is one very difficult situation some marriages are facing. Because if the man is unable to produce semen, there won’t be any fluid to carry the sperm into the woman, even if he produces them.

For years, this woman suffered dehumanisation from her in-laws because she couldn’t conceive. Of course, she couldn’t have been able to conceive given the problem with her husband. She wasn’t too sure whether her husband knew he had this problem before they got married, but what was clear was that the man was always brandishing his clean bill of health whenever she demanded that they both see their doctor.

She would do one medical test after the other, just to be sure she had no issues. During one of such appointments and tests, her doctor said, “Your eggs are healthy and will be released between now and mid-day tomorrow, please make sure you have sex with your husband at least twice in this period.”

Unfortunately, this was the period the man chose to “travel” for one business engagement.

After several of such suspicious trips, which often coincided with her ovulation period, the woman insisted on either traveling with him or him not traveling. That was when the man resorted to violence and physical abuse. Sometimes he would beat her to a pulp, lock her up in the house for days, and then “travel.”

But there was this trend that she found curious. She noticed that whenever her husband went for these phoney trips, his cousin would visit the house.

He’d come in close to midnight; feigning ignorance of his cousin’s purported trip. Since it would be too late to go back home, he’d opt to pass the night and throughout his stay would make passes at her, hoping that it would culminate in sexual intercourse.

This cousin was apparently aware her husband had infertility issues and his regular visits especially when she was ovulating and her husband was “away” was an orchestrated move to get her pregnant and save the husband the shame of being seen as sterile or not “man enough.”

Being her ovulation period, the thinking was that her chances of accepting the guy’s (the husband’s cousin) overtures would be higher and her chances of getting pregnant would be higher too. Ultimately, the baby that would come out of this arrangement would have some resemblance to her husband since he looked so much like his cousin.

The plan never worked. The woman didn’t fall for it. This kept happening, following the same sequence. At one instance, the husband’s cousin visited with her mother-in-law and almost raped her. And the fact that her mother-in-law who was in the same house with them didn’t blink while the scuffle with this cousin lasted got her really troubled.

That was when she reported to her husband what had been happening every time he “traveled.” The husband’s remark was a frightening wakeup call, albeit a critical flashpoint.

“So, what if my cousin decides to sleep with you? What is the problem with that? Don’t you know that what belongs to me belongs to my cousin too and when I’m not around I always ask him to come over and “take care” of you?”

That was all she needed to decide whether or not to remain in that marriage. And the fact that the beating from her husband had assumed a rather brutal and senseless dimension at this stage was also a deciding factor. Not accepting to sleep with her husband’s cousin frustrated the game plan and continued to expose him to ridicule. So, the beating she got was an expression of that frustration.

Eventually, she escaped from her hellish marriage, returned to her family house, and never went back.

Why should the society continue to torment a woman for a problem she did not create? Why should couples live in hatred and violence or be torn apart due to cases of infertility that can be medically resolved? Why should they even go through the anxiety of waiting forever for a child when they easily could adopt one or two kids, and find an avenue to express the love they have for children pending when they the are blessed with biological children?

The answer to any of these is definitely anybody’s guess. But can we take the burden of infertility in marriage off the shoulders of women and get the men to see it as our problem instead of her problem? If this were the case, perhaps the prevalence of HIV amongst women and children attending paediatric clinic as shown in a study conducted years ago in Ife may have indicated a different result.

I would share in the third and concluding part of this series the result of this study which I am sure would not only make you cringe but also show you how far some women would go (including laying down their lives) to protect cover up their sterile husbands.