Ofilispeaks: I Downloaded The Pirated Version Of Toke Makinwa’s “On Becoming” and Here’s What I Learned 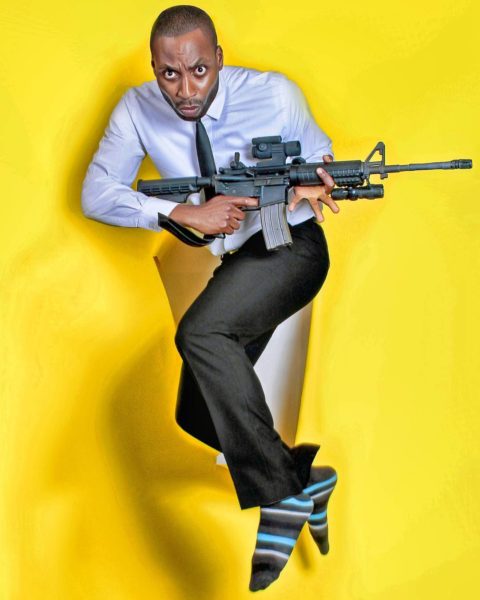 NOTE: This is not how to fight piracy.

Disclaimer: This is not another review of Toke Makinwa’s book … abeg don’t kill me.

Last week Sunday, I attended the book launch for Toke Makinwa’s “On Becoming.” I was not there to mix and mingle or eat chocolate cake (although the spread was delicious), my sole purpose for being at that event was “business.”

More specifically, my mission was to finalize the details of putting the book “On Becoming” on the OkadaBooks platform. This had been my obsession for the past seven days, I had placed several calls, sent several emails, sacrificed small animals to different gods of the land … all to ensure that “On Becoming” landed on OkadaBooks on Monday, November 28th.

My reward for all my sacrifices (quite literally) was an impromptu invitation to Toke’s secret book launch. This was where I hoped to close the deal! And I did … because as I left the event that Sunday, I was assured that the book will be on OkadaBooks the following Monday.

But the next day, the book was nowhere to be found. I called to find out what might be causing the hold up. And I was re-assured that deal was still in place, but I could sense that something was quite different. I couldn’t quite place it, but I felt something had changed over night. What could it be?

But I really did not have time to figure it out, because our team was getting bombarded with requests for the book. Our users wanted to know (like me) why the book was not yet on the store, so I was caught up in the middle of appeasing a frustrated user base while still searching for the answers on what may have caused the sudden change in tone.

It didn’t take long though, because the answer came to me in the form of a Whatsapp (group chat) message that read:

“Do you guys want a copy of Toke’s new book?”

And before anyone could type “up NEPA!” the PDF of “On Becoming” was in my phone. My heart sank, this was not a scenario I thought was possible. In less than 24 hours the book had leaked!

I downloaded the book hoping that it would be the wrong version, maybe it was a free copy of “50 Shades of Grey” parading as “On Becoming.” But there it was in my phone … the book I had been working hard to get for days had literally forced its way into my phone.

I lifted my head, trying to make sense of what had just happened, trying to figure out ways to control the leak, trying to see if our company could still salvage the situation, all these thoughts were forming in my head when my co-worker screamed:

“I just got Toke’s book, my sister sent it to me from America.”

The PDF had already visited the embassy, travelled to America and returned to Nigeria in less than 13 minutes! The leak was full blown and definitely out of control!

I felt gutted, as a company we had hoped that this book would prove that writing was still a profitable venture in Nigeria. But right before my eyes, specifically in my phone, all that seemed to fade.

The first thing that came to my mind was “Ah Nigerians, we like to spoil market sha!”

That was the phrase that engulfed my thoughts in my moment of anger. A targeted lash out at Nigerians as if somehow all Nigerians were to blame for the PDF copy of “On Becoming” in my phone and my co-worker’s phone and the cleaner’s phone and cleaners gateman’s phone.

But I was wrong to think that way, because piracy is not a Nigerian thing, that is always the easiest finger to point. Rather piracy is a human thing. I will explain…

If you create a popular product that everybody wants to gets, but it is very hard to get it legally, people by their human nature will create and search for the illegal alternative. This is fact…this is the reality of things.

In America, piracy is countered not with lawsuits or product restriction but rather by creating an abundance of simple and legal gateways to get products, that’s how they fight piracy primarily.

Look at music for example, in America you have 5000+ Walmart stores selling music CDs, you have Spotify, you have Tidal, you have iTunes and thousands more ways to get music. Like illegal PDFs flying into my phone in Nigeria, you will find thousands of legal music apps in America begging to enter your phone. But not only are these legal gateways abundant, they are also very simple to use, enter your credit card in iTunes once and you will buy 1000 songs without realizing it … seamless.

But in Nigeria it is not the case… try and buy from iTunes, FOREX wahala, buy in Naira, you will wait for them to send you OTP code to verify .. that’s if you even find the song to buy. The scarcity of simple and legal avenues to get our products inevitably creates an environment where pirates thrive.

Moving back to books … 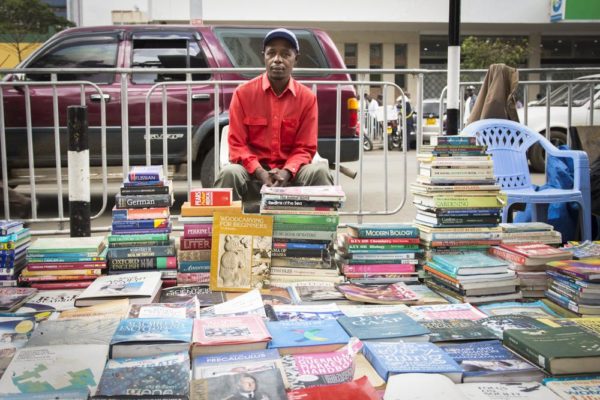 Cassava Republic one of the top publishers in Nigeria have their books available in 33 bookstores in Nigeria, but 50% of those book stores are located in Lagos and Abuja. To understand how underwhelming that figure is, according to the Open Education DataBase there were over 10,000 bookstores in America in 2012. These are physical bookstores, which does not even include the plethora of digital alternatives from Kobo to Kindle to Smash Words that Americans are exposed to. Cassava Republic’s publoishing counterparts Farafina/Kachifo home of Chimamanda Adichie have an even lower figure of 22 bookstores. Basically, if you want to buy Adichie’s Half of A Yellow Sun there are a whooping 22 book stores you can find it at. Twenty-two.

Are you beginning to see what we have created?

A nation of 200 million Nigerians with 36 states, can only get books of her major publishers from just 33 book stores primarily located in 2 major states! That’s roughly one book store for every 6 million Nigerians! So why are we surprised that book piracy thrives in our country. To find a book legally outside of Lagos and Abuja in Nigeria, is like searching for Oil in the North East, it’s quite difficult. Imagine if we had 33,000 bookstores instead of 33 bookstores? Our book industry and authors will comfortably add 3 zero’s behind their usual earnings.

So until we flood the market with legal alternatives for our music, our movies and our books, we would be fighting pirates forever.

And there is not a singular solution, as CEO of OkadaBooks one would expect me to scream digital. But for me I scream everything, I scream working with the street hawkers like the newspaper industry to legally sell our books, I scream building more book stores in other states outside the big 2, I scream flirting with digital alternatives like OkadaBooks (I couldn’t help it) … but whatever the case we need to keep screaming out solutions until we finds way to drown out piracy by flooding the market with legal alternatives.

Back to Toke’s book, as an author myself, one of the most crushing things is to see your hard work distributed for free. Even though there are few options to get books legally in Nigeria, I still urge people to strive to find the legal options. Not just for the author but so that our nation can grow to recognize and appreciate the value her artists have.

Related Topics:NigeriaOfilispeaksOkadabookstoke makinwa
Up Next

Oluwadunsin Deinde-Sanya: These Are the Things I Wanted to Tell You

Lara Popoola: Who NYSC Don Epp? 4 Reasons Why the Scheme Must Be Scrapped