The Fertile Chick: Ditch the Calendar! 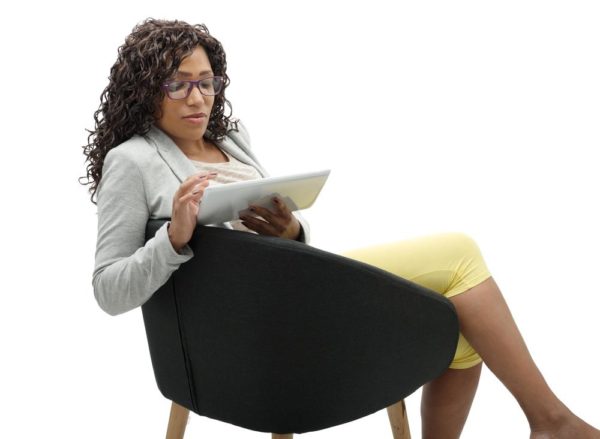 Ditch the calendar! That’s one of the things I wish I’d known back in my TTC days…that the calendar was of little or no use to me. Back then, I, like many people, TTC or otherwise, went with the day 14-16 rule of thumb, meaning that was when I expected ovulation to occur. For me, these dates in my calendar were set in concrete stone! Sacrosanct! In my mind, those were the dates that I was 100% sure ovulation would occur. It also didn’t help that I had the classic ovulation signs around that time; cramping, EWCM, etc. It wasn’t until much later that I found out I probably wasn’t ovulating around that time (heck, I probably wasn’t even ovulating at all, but that’s a story for another day!).

It was much, much later in my TTC journey that I realized that counting days and watching out for an achy abdomen were not enough to conclude that ovulation was imminent or ongoing. I realized that the best way to track ovulation isn’t by guesstimating, but by action; whether by using a Basal Body Temperature Thermometer (which tracks changes in your body temperature, allowing you pinpoint when your temperature rises as a result of the hormonal changes signaling ovulation) or Ovulation Predictor Kits (which also pick up on hormone changes around the time of ovulation). Every other DIY method is all a game of kalo kalo!

And here’s one of the reasons why. Whilst, biologically, ovulation is expected to happen mid-cycle, which, for a lot of us, falls smack in that day 14-16 rule of thumb, a good number of us will ovulate earlier…or even later. And for those couples who skip sex, saving it only for that precious ‘fertile window’, if you’re one of the early birds, by the time you get around to doing the deed, Madam Egg could have already checked out of the hotel for the month. Or the converse could even be the case.

We recently had a live example in our community. My dear partner, Kemi, tracks the cycles of our members with fun tickers, helping them count down their cycles, right from the beginning to either when they see those awesome two pink lines, or till when Aunt Flo shows up. The tickers used are based on the default day 14-16 rule, which assumes we ovulate mid-cycle. On one occasion, one of our dear members, I’ll call her Mrs. W, asked not to be included in the tickers that cycle as her husband was not around during her fertile window, so they hadn’t been able to have sex in that critical time. After commiserating with her for missing a cycle, Kemi took down her tickers. Imagine our shock when Mrs. W got a positive pregnancy test result that very cycle! She was stunned, and we were happily so! Apparently, she ovulated waaaay earlier than she thought she did. It turns out she wasn’t a day 14-16 girl after all, but actually an early bird!

I know of another lady who lamented about being out that cycle, as she and her husband only had sex once, and it was long before her fertile window. Well, guess who got a pleasant surprise that same cycle!

The one sure-banker way to counter this conundrum is to simply have very regular sex! It might seem like a no-brainer to some, and my non-TTC folks might be rolling their eyes right about now (not to mention gearing up for some scathing comments…), but my friends, that is just the gospel truth. And here’s why.

Even if you are able to pinpoint exactly when you’re ovulating, and time your sex around that time (only), there’s the likelihood that it might still be too late. Even though a lot of literature puts the lifespan of the egg to be around 12-24 hours, I have also come across the few that swear it is no longer than 6 hours. But even at 24 hours, that’s not a lot of time. Yes, there are millions of sperm in semen, and yes, they can last for up to 7 days…but spare a thought for the millions and millions that are lost along the way and don’t make it through the tubes. So, in order to cover your bases, you have to have a lot of sex. Fertile-window sex just might not be enough.

Of course, there are the very many women who do get pregnant by having sex just the one time. I’m not saying that doesn’t happen ooooh! It happens to some very lucky women. But this message is for the TTC women on a mission, who are looking to increase their odds of conception to much higher than an ‘Ooops! Oh, wow!’ situation.

A lot of people might be wondering why I’m making it sound like a big deal…to have regular sex. Well, for the TTC couples, some of whom might have grown weary of sex, this might seem tiresome, cumbersome, and bothersome! A lot of people I know consider the so-called safe days as days of rest, and almost loathe the ‘fertile window’ days, when sex has to happen. Yes, it is extremely easy for sex to lose its appeal when it’s scheduled, but the only way around it is to try our possible best to keep the passion burning…even if it’s just a little ember. Spontaneity trumps routine any day.

This past month of November, the ladies in our TTC Group were supposed to try the S.M.E.P. (Sperm Meets Egg Plan). In a nutshell, this is an aggressive, full-on plan aimed at getting the sperm to meet that egg, by fire by force oh! It ain’t for the faint hearted. If there’s any plan that perfectly encapsulates the frequent sex rule, this here is it! At the beginning of the month, we all joked about how people would need to eat plenty pounded yam and drink lots of energy drinks, to have the strength to get through the plan.

But the end of the month rolled by, and it turns out that very few of the ladies were able to go through with it. They just weren’t able to keep up with it. There was only one lady who affirmed that she and her husband had, indeed, gone through with much of the plan, missing out only a day or so. While teasing her for being a strong woman, I asked her how she had managed it, and she told me, ‘Nicole, I just didn’t let him know what we were doing.’

I know the men will be boiling under the collar right about now, but sorry! This is the gospel truth. Sometimes, the English speaking trying to get you lot to just cooperate can sap all the strength and, I daresay, enthusiasm one has managed to build. So my dear TTC sister definitely had the right idea. I hope her efforts this cycle pay off.

So, in a nutshell, especially for TTC couples, it is better for sex to be regular than timed, but if it has to be timed, do so empirically, by using OPKs or a BBT Thermometer, and not based on a hunch. Always keep in mind that the day 14-16 rule is just but a rule of thumb, and will not apply to everyone.

Talking Law with Ivie Omoregie: On Becoming – Did Someone Say ‘Defamation’?