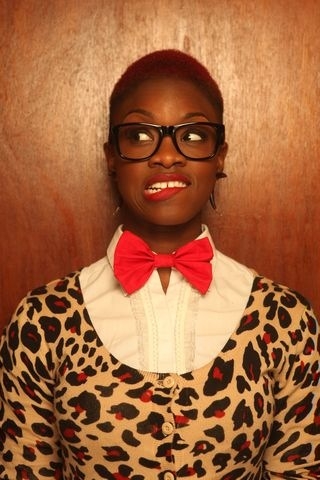 I have discovered that African men who have studied/worked or done both in the Western world like to assume an aura of “I’m exposed”. So they will tell you they are liberal. They believed God created us, men and women equal and all that balderdash.

They will tell you they don’t subscribe to the ‘African mentality’ of women should be this and men should be that. They’ve lived overseas, our ways are outdated e.t.c; but my brothers and sisters, I have discovered that this is all hogwash.

The truth is that to the average Nigerian man the concept of marriage is twisted. It is where they shine and reign supreme.

It plays out like this, “if you are a good girl and you impress me I will marry you. If not, I won’t. I will just wait for you to get older and taunt you about it”

They are like a child with a toy and Funmi Iyanda tried to take it away from them. Hence the vitriol in her Twitter mentions after her tweets. Every African man of African parents no matter how many years he has spent abroad still carries that African man ego & mentality; this heavily influences the dynamics of his intimate relationships.

What do you mean Asake? Let me attempt to explain.

1:  Asake meets fine boy. Studied at Oxford university. Worked a couple years now in Manchester. They are getting on quite well till one day random statement,
“You should grow your hair”
“Ermmm why”
“You will look more ladylike. I can’t imagine what my mother will say when she sees your hair like this”
“Negro….”

2. Asake meets fine boy. Born and bred in Lagos. Works at Exxon Mobil. Holidays abroad frequently. They are getting on quite well till one day Asake discovers she once dated one of his acquaintances. Asake tells fine boy before acquaintance tells him, becausse men can be childish and like to get one up on each other.
“So you dated Sola”
“Yes”
Another day…
“So how did you meet Sola ? ”
“Mutual friends”
Another day…
“So how long did you and Sola date?”
” 6 months”
Another day…
“So did you and Sola…..
“Negro if you mention Sola to me one more time I will slap you back into Umuahia!”
Just leave the past. Let it go. Why is that so hard?

3: Asake meets fine boy. Same specs as A above. Owns his own advertising firm. They meet for first date. Asake offers to pay her half. Fine boy feels insulted.
“I can afford to pay for us both no need to embarrass me. Keep your money for make up”
Grrrrrrrrrrr! Negro I’m sorry if I stepped on your fragile ego. Since paying for my dinner makes you feel like a man can I send my rent bill as well?

4: Asake meets fine boy. They are getting on quite well and Asake invites him to her home studio. He sees Asake’s set up and is awed.
“Wow, it will be hard for any man to control you”.
I am hoping this is a slip of tongue so I ask for explanation.
“You have your sh*t together. You are obviously making a lot of money. You can call any man’s bullsh*t. You know we men like to be in control. You can’t have a woman who earns more than you”

Niccur… nice to meet you, here’s your exit….

I thought it was just me but I realised even female friends and acquaintances have had similar experiences with Nigerian men from all walks of life. My point is, don’t claim to be what you’re not, because you see an attractive package. Then you come close, and your mental halitosis displays itself. Because you got a visa to live in America doesn’t make you American.

You are an African man, own your truth. Don’t be confusing us please. Many men often BELIEVE they are less traditional than they actually are. I use the word “traditional” because then it can cover men of all races and tribes. I am not saying they purposely give those impressions because more often than not, we don’t know how we will react until we are in those situations.

So a man can think that he wants to be with an independent woman, he wants somebody just as intelligent, somebody that can take care of herself etc

The truth is, many men (more so our Nigerian and African brothers) do not want that because  they still can not manage seeing women that are totally free from their control. In one small aspect at least, they would still like to be boss, purely an ego thing.

Evolution is happening with the women in our generation. We pray our men catch up.

We all, men and women alike, need to understand that for every relationship choice there’s a always a price to pay . We tend to avoid the consequences associated with the choice we make which equals inexplicable friction, and stress. The choice and the price.
#LIVEYOURTRUTH.