Atoke: More than Just a Toy! Did Any Nigerian Go Crazy Over the Hatchimal? 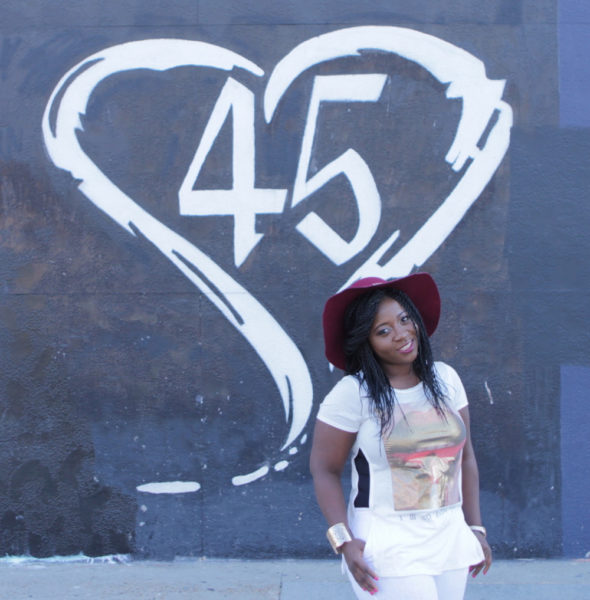 Now that the Hatchimal craze is over, it is a good time to write about the madness that happened towards the end of 2016 over this toy.

Yes, for the uninitated, the Hatchimal is a toy that made people go mad… mostly in countries where they have light. After all, there is a Yoruba proverb that says that when a man has eaten to his fill, he starts to look for bekun bekun. (That which bursts the stomach)

In 2016, a Canadian toy company called Spin Master announced the release of its latest offering – an interactive egg that hatches a little furry bird. The ad campaign was intense. If your child has access to YouTube, chances are that he/she would have seen this creature.

The toy was released in stores in October and the frenzy began. You know how people just wanna be the first to get something? So, these toys were sold out in stores across North America, Europe and Australia. By the weeks leading to Christmas, the madness was fully ON. The toys were not on shelves, opportunists were selling them on eBay for hundreds (and more hundreds) of dollars. Parents were standing in the cold, on long queues to get the Hatchimal. People who worked in retail stores were collecting bribes to help arrange for supply to those who greased their palms.

As the drama was unfolding, I couldn’t help but wonder about whether I had a problem – since I couldn’t relate to the Hatchimal craze. It is a TOY. A TOY.

However,  with everything I read and saw with the Hatchimal craze, I learned some valuable lessons that I am inclined to share with y’all!

Love is a powerful emotion
I know it seems like stating the obvious, but when I saw that people were willing to pay $300 for a toy that ordinarily retails at $49.99, I knew it could only be love.
Love makes people do crazy and inexplicable things. It is an irrational emotion, but it is one that makes your life empty without it. Embrace love and those you love. You don’t have to make apologies for actions that are born out of love. As long as you’re not committing a crime or impugning on the next person’s rights, please feel free to express your love as deeply, and as crazily as you want – even if it means buying a stupid toy for a 3 year old.

You have time for other things, when you have light
I’m a 35 year old Nigerian woman who has never experienced constant electricity in Nigeria. All my life the ringtone of my life has been. ‘Nepa ti mu’na de, e lo change over’ (There’s light, go & change over from the Gen) Without constant power, and the assurance of running water, my priorities of wants and needs have been skewed. As I read people complain about their misery over not being able to buy the Hatchimal. I kept thinking about these people don’t have problems in this life; but it wasn’t them who had issues, it was simply a case of different problems for different circumstances in life.
I sincerely hope for a future for my children where their biggest problem will be whether to get the Owlicorn or to get the Penguala. Certainly not like mine, where I worried whether ‘low current’ will ‘carry the iron’ to allow me press my school uniform for the next day.
Fashola, please fix our electricity, so we can complain about toys.

The Bliss of Childhood
When I remember the times I put clothes in my chest in a bid to simulate being an adult, I want to slap Past Me. Watching children get excited over this toy has been wildly enviable for me. If I could go back to being a child, right now, right this minute, I would. Also, that magical button that takes me back should also keep me there, biko! I don’t want to do this adulting thing all over again.

Imagine a life without worrying about work, rent, bills, life stress, emotional drama. Nothing. Just wake up, play, roll bicycle tyre on the street, and read Jane & John climbed up a tree.
If you are a parent, please help your child enjoy their childhood for as long as possible. They are going to spend a larger percent of their lives being adults, anyway. There’s no point rushing them to become adults. Let them fly kites, play 10-10, watch cartoons. No need to teach them to dance like adults. Please reduce the make up, sips of beer and drags of the cigarette.
The time for that is coming; allow them bask in the bliss of childhood – just a little while longer.

A toy, no matter how expensive, is still a toy
The suggested retail price for the Hatchimal is approximately $50. However, as the demand increased, and supply (availability) reduced, the price went UP. UP. UP.
I’m not even talking about the gougers on eBay, Amazon & Facebook. I’ll tell you about those people later.
Some authorized retailers were selling the Hatchimal for $80! At some point, Spin Master itself was selling it for $80 (along with some TocaBoca subscription package) “Ah! $80 for a toy” I said to my friend in disbelief. She responded that her daughter would play with it for 2 days and move on to something else. “I will now be watching my $80 discarded to one side. Mba! She must play with it for 3 months if I pay $80 for a toy”

I learned this lesson the hard way when I excitedly bought this £30 toy for my nieces (Yes, let them share. Money is hard to find) They played with it suee suee and moved on to something else. It pained my soul! Going forward, no amount of sentiment or emotional blackmail will let me spend more than $10 on a toy. Mo sorry!

Some parents have found a way of making up for their absence and neglect by buying expensive toys for their kids. No matter how expensive that toy is, it is still a toy. Even if it is a 150,000 dollar car for a wayward teenager. It is still a toy and can never take the place of proper parenting and the time you should dedicate to your kids.

Business opportunities abound for the dilligent planner with foresight
One of the reasons why Uche Pedro is so successful is because of her foresight. She’s always way ahead of the curve… and she doesn’t make too much noise about it. That is exactly how I imagine the retailers, who made a killing from the Hatchimals, are. They saw that this was an innovative toy. They knew Christmas was coming. They understood how people reason when there’s a market frenzy. They stocked up – in large quantities. Then, they waited.

By the end of November, the online sale of the Hatchimals was “Take it or leave it, this is how much I’m selling my own” Now, you know how big Santa Claus is, in this part of the world. They have built up that Santa hype so much, that they worry about their children no longer believing in him. (Remember what I said about when people have light?)
Ehn hen, so back to my business people on eBay. They knew that people will pay ANY amount of money to keep this myth alive. Sales were booming for eBay retailers -with more than a mark up 150%
Business opportunities don’t have to be created by you. You just need to be able to think ahead, have a plan, and work towards execution. Also, you don’t have to remain in the business forever. Cash in, and cash out.

The Hatchimals are now available in the stores now. Christmas is over! The inital gragra has finished. Recognize when the right time to exit the market place and you will be fine.

Reports of faulty Hatchimals and the fact that Spin Master is not providing product support for Hatchimals purchased on eBay is noteworthy.  Again, time sensitivity and research is important to succeed.

Having said all of that, I can only think about my childhood and the Jack-in-The Box I inherited from my brother. Look guys, when you’re the last of four children, all you get are hand-me-downs. I liked that Jack-in-the-box until it became scary. I think the spring broke so it started popping out uninvited.
They had to throw it away eventually, when the thing was always making me cry.

When a toy starts depressing your child, instead of making her happy, it’s time to throw it away. Eventually, I got turned off toys after watching the movie, Child’s Play and Chucky started appearing in my dreams.

The Nigerian in me kuku won’t let me buy a Hatchimal – it squawks and makes sounds. God will not let us see abami inside the house o. 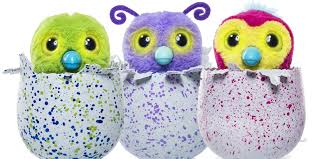 Osayi Emokpae Lasisi: 7 Lessons from President Trump That You Can Implement in Your Business