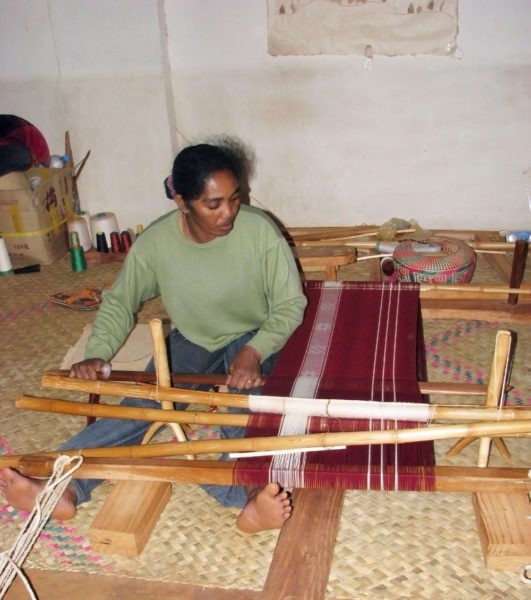 It was one of those momentary family gatherings in my house this past holiday – those august gatherings that turn out to be an avenue to gossip on all family issues and also argue loudly on almost everything. In the spirit of the arguments, my cousin raised a question asking our opinion about a particular matter. She was at her hairdresser’s place when she overheard the tailor whose shop was next door to that of the hairdresser telling the stylist how her workers are unserious and how she was tired of all these apprentices and their un-seriousness. She simply scolded her apprentice for doing something wrong and she has failed to come back to work.

My cousin said she picked interest in the discussion and asked what the lady did. She knew the apprentice in question and knew her to be quite well-behaved. The tailor then replied “don’t mind her o. She cut a particular piece of cloth wrong and then I disciplined her.”

The hairdresser then joined in the conservation saying how all apprentices are the same, and they all tend to slack off on their duties. The hairdresser said that the tailor was even lenient; she outrightly flogged them when they misbehaved.

It was at this point that the tailor finally opened up and said “exactly o! Just because I beat her, she stopped coming to work. Nawa o”

My cousin who was now very irritated had to ask “but isn’t this lady in question married and already has a child?” She decided to keep quiet since both bosses obviously found their actions justifiable.

Now the question for discussion was, whether it was right for a boss or trainer to beat an apprentice in the course of learning a trade – under the guise of disciplining the person. Bear in mind that this apprentice is an adult, and probably a parent in their own right.

One of the people at our family gathering was already getting so agitated at this issue, because she had had a firsthand experience. She had signed up to learn tailoring from someone in her neighbourhood. It was a backup plan after a long period of job hunting after graduation; for the better part of the first few months of this training, all she did was go on errands. She was asked to do menial tasks, and there was little or no actual learning. One day, the woman attempted to “discipline” her and she objected to it and called her out.

She found it rather insulting and time wasting that all she did was go on errands and now she was going to beat her too? She wasn’t having it at all.

Some of the older folks at the round table argued that these things were the custom of the trade, and it was the norm. According to them, when you sign up to learn a trade in the Nigerian setting you have to subject yourself to going on errands, serving punishments and even getting beat by the Oga – your age, marital status or degree notwithstanding.

They even went further to say upon collecting the form for the training they is an implied agreement that you will subject yourself to all forms of treatment during the course of the training.

Of course, we the millennials were not having it at all, and our argument was, there should be mutual respect between a trainer and a trainee. It is understandable that the boss can get upset; sometimes oral scolding is allowed. The boss even has the right to terminate the contract – if he or she finds the behaviour of the apprentice to be unbecoming. However, it is not proper for the boss to subject the trainee to physical punishment. We even went on to argue that the apprentice was paying for this training, so that should give it some level of professionalism.

At the point the older folks just concluded that we were just speaking English. They insisted that the moment you decide to go learn a skill you have to leave your degree or marital status aside; even more, you have to become subject to a fellow worker who is a senior apprentice.  As the person is your senior at the trade, they can also discipline you.

Then I gave a scenario where a young Lekki babe who has graduated from a private university, married to a fine fellow Lekki dude. In this age of entrepreneurship, everyone is getting a skill, so she then decides to go learn hairdressing or tailoring or any other trade. Then the Oga decides to beat her, because she did not go and buy tread on time. Hmmm, trouble is loading.

We concluded that most of these practices probably wouldn’t take place in more ultra-modern areas. Perhaps it only happens in rural areas. It would be harder to subject an elite youth to such treatment.

After a lot of advocacy about how these people should know better, and should have refined their training policies, I knew my rant wasn’t going to change anything. We then went on to discuss how ridiculous some of the “freedom” lists are for this trainings.

I saw a freedom list recently and it looked as if the boss was getting ready for a traditional wedding. They insist that until the workers meet up with the demands, they cannot give them the certificate of learning. The apprentice is not allowed to graduate or set up their own business.

Less privileged people they end up working for these bosses for years, trying to work off the freedom demands.

I sincerely think this is a very archaic practice. I rounded up the arguement by submitting that, the best way to avoid all these unpleasant things  is to go to a proper institutes. When you decide to learn a skill, go to a proper catering or baking school, a structured fashion school, a salon that has a training centre and so on.

These places may be a bit pricier than Iya Sidi’s shop down the road, but at least you are sure that you won’t be going to buy bread and beans for the boss for the first one month. No one is going to tell you to kneel down and flog you; plus there is a structured training syllabus, so your trainer cannot decide that he or she is not coming to work. You won’t be wasting your time and money. Finally,  no one is going to ask you to bring crates of Maltina and tubers of yam before giving you a freedom certificate.

Quality and convenience would always cost a bit more, but is is often worth it.

I am not saying these local shops are not just as good, but when it comes to training, I think they are ill-organised and structured institutes are a better alternative – especially when you need to pick up a skill within a limited time span.

Atoke: More than Just a Toy! Did Any Nigerian Go Crazy Over the Hatchimal?

Move Back to Nigeria: After Long Consideration, Diran Otegbade Left Toronto for Lagos