BN Prose: Bring Back Our Money by Feyisayo Anjorin 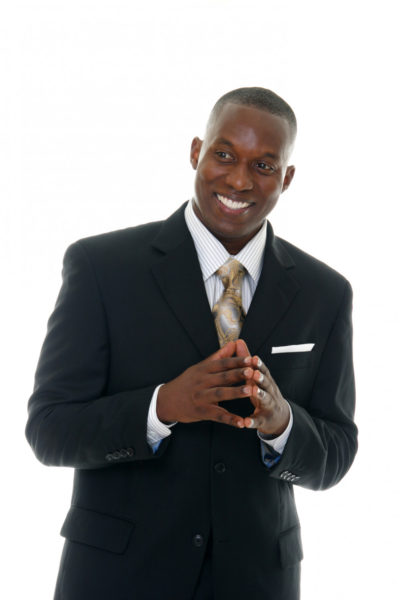 I heard the whole thing– it was a shocking news – about your order that Tosing’s name and pictures should be removed from the billboards and posters and digital designs produced for the end of the year concert; despite the fact that the same materials have been used for publicity for over a month. You de-invited him! I don’t even know if there is any English word like de-invited, but bro, you know what you did.

Dude, what is wrong with you? Now, I know the look on your face when you get to this point. You’d want fire from above to consume me, or the ground to open up to swallow me because I call you dude. I have disrespected a man sent from above!

Dude, if fire has been consuming your critics since you’ve been issuing your anger-ignited decrees, how many people do you think will be left in this country?

Youths look up to this guy because his songs inspire them, this guy is talented and humble, this guy lives a scandal-free life, with over a million fans this guy still lives like the reason for Christmas. I can’t even say the same about you!

You’d want your critics to face the wrath of God when they talk about your yacht party in the Bahamas; you’d want God to destroy those who laughed when your wife said her final goodbye because she couldn’t continue to handle the pretty women in tight skirts who follow you everywhere like the disciples followed Jesus; you’d want the ground to swallow journalists who write about the fact that your sermons are always about seed, and the only seed in your world is money.

Look, you need to read Acts 11:2 to 18 and see how a wise man dealt with criticism, and learn from the way Paul confronted Peter – I’m talking about the biblical ones, not P Square – so that you’d know that your title doesn’t mean you cant make mistakes.

Don’t have this idea that the most high is this super-sized man-like being sitting on a giant chair in the sky, waiting to slam a big hammer on your critics.

We – I’m not talking on behalf of the congregation but this is the general feeling – are all pissed that you removed Tosing’s name from the billboards. This guy travelled all the way from Lagos and had to hear about your sudden change a few hours to the concert. If he had been a bit like you he would have sued, for loss of income and breach of contract. Do you think he had no engagements in Lagos for that time? If he didn’t come, you’d have been one of those talking about folks who are too big for Akure even when Akure produced them.

That’s not even my main reason for writing you.

My main reason for writing you is about the 50 million. Yes, the money you invested in The People’s Project, TPP.

How can we get our money back? Because I will not keep quiet about this, and I’m not the only one. You can’t sweet-talk yourself out of this one, I promise you.

When you called the council meeting two months ago, talking about the way God has provided for the church to defeat the systems of this world through TPP, I warned you about this Makoti guy – the TPP founder.

You need to google his name, just so you know that Makoti is not a masculine name. Your Makoti was in prison for fraud in South Africa, he was there for eight years.

But you wouldn’t listen, you’ve heard from God, you had this revelation, life is about taking risks and sowing a seed is a risk, you want your ministry to go to the next level, you inspired greed in a few other members; and now…here we are.

“Fifty million is a single person’s tithe in Lagos!” That’s what you said.

When I asked you why people like you in the good book you preach from do not have chariots and mansions and bags of gold, you said it is because they did not have the understanding of covenant wealth.

With your rare understanding you have invested money that took us two years to gather in a scheme that promises a return of a hundred million. Now the big rat has eaten the “one” out of “one with six zeros”; all we have left is zeros, and you are now at war with everyone because they keep talking about your greed.

Look, I am a man of God too; I may not make a show of it like you do, I may not package myself the way you have done, I may not wear a suit, I may not jerry-curl my hair, I may not call God gahd, I may not have a crowd listening to me every Sunday and Thursday, I may not talk about higher dimensions of grace, yet I know who I am.

When they call you “Pastor”, it is not a title, it is a ministry which is not exclusive to you. So when I ask about this mismanagement that has resulted in the loss of 50 million naira, don’t talk to me as if I’m talking rubbish, as if you can just burn a truckload of cash and I’d just fall on my knees like thousands of other fools because you are a man sent from above.

By investing our money in TPP, you have revealed yourself as a man. That’s why I’m asking questions, because even the ones they call Kabiyesi among us still get to be questioned.