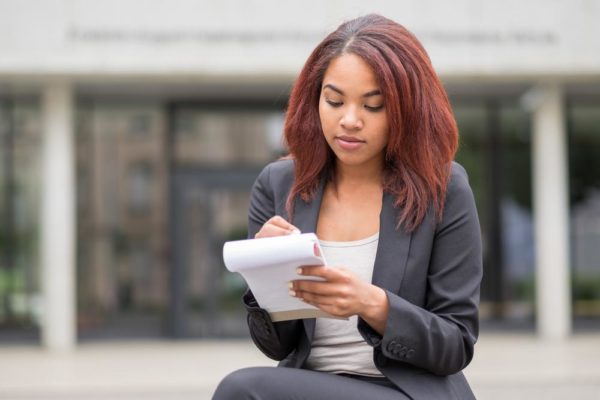 (Sips cocktail) Ah! Sweetie, you need to have a taste of this cocktail I’m drinking! It is the tears of sexists, who cried because I told them I want a wife. (Laughs) Ordinary wife they are vexing. I didn’t know having ovaries meant I shouldn’t want a helper. Wives are helpers. Anyway, God has been faithful, gals-dem have been sending applications to be my wife. Babe, ask your other friends to apply. Move My Ministry (MMM).

Babe, you won’t believe my current location. Well, I’m writing from a place in Lagos and (screams like a deranged sociopath) oh my gwash! I just saw a unicorn prance over a mass of snow. IT WAS FARTING RAINBOWS!

Ehen, lately, I heard you have joined gals-dem that agitate for gender equality. Don’t you know getting equal treatment as men would wreck society? Any small thing, you guys will be saying, “Female oppression is the glue binding society.” As one gal I follow on Twitter, @NeNeEugene_, tweeted, “You need to perm your attitude. Relax.” Uh-hmm… Gals-dem need to perm their unruly attitude the same way they perm their beautiful afros.

You see, social institutions have scheduled how women should be in society. Men and women are different thus; they have different roles in the society. Why are you guys fighting for equality? You can never be equal to a man. Ah! This is where you say, “We are not trying to be equal to men. Men are not the yardstick of being human. We flatter men when we say we are trying to be equal to them. We only want a society where men and women have equal opportunities to make the best out of their lives. Giving your kids equal opportunities doesn’t mean you want them to compete for…” (Rolls eyes to Ibadan) Blah-di-da-di-da. Ruh- what? Rubbish!

Folake, I love you so much and I think you should drop this feminist attitude. What man wants to marry a woman that would be his superior? I know what you are thinking. In your mind, you’re saying, “Matrimony is not the validation of being human. Besides, only an insecure person would feel he/she is in a power tussle with anyone. Wanting equal treatment for everyone is not a competition. It’s only logical to treat everyone equally regardless of their creeds, sexes, and races.”

Anyway, you guys need to understand men are the leaders in society. Hope this is not the part where you start thinking along the lines of, “What makes men leaders; A part of their anatomy or their natural abilities?” Please, elaborate on this in your next letter.

Ah-ha! I recollect trying to give you reasons why women should accept their roles. All you said was, “These roles are mostly sociological, not biological. The only difference between men and women is the reproductive organs. (The) differences in brain structure vary from people to people, not from sex to sex. Research shows gay men have a slightly…” Whatevs!

You almost won me over to your side when you said, “People should be treated as people before being regarded as members of a certain social group/label.” With a sly grin, you asked, “Did we choose our sexes? Should anyone suffer prejudice, discrimination, and inequality based on something he/she did not choose?” I still do not have an answer.

One day, I will come up with an answer for you. Babe, I will ask around and get back to you. Is it not me? I will tell you why society should oppress people based on circumstances they did not choose.

But seriously, forget all this equality talk. Have you forgotten God made men first before women? Please, don’t ask how I know this brilliant fact. I read it from the scriptures written by people that watched the creation of humans. Okay, they did not watch the creation process, at least God whispered (explains how they, Israelites, were the ONLY society that heard the story) in their ears that he made Adam first. A snake LITERALLY walked and talked. I don’t even believe evolution, adaptation, and mutation. It’s a miracle Adam and Eve, two Middle-Easterners, mutated into four distinct races. Don’t tell me I sound illogical. Don’t tell me religion defiles logic. Don’t tell me religion supports racism and slavery, too. Last time, you had to quote Colossians 3:22 and Titus 2:9.  You even went on to say, “All forms of oppression are deeply rooted in religion.” Babe! I tire for you! If I ask you to stop questioning religion, you will say, “God gave me intellect, not religion. Religion emerged from man’s desire to understand the things in nature that exceeded the scope of his cognition. Science keeps unravelling…” Nne, durrh!

Folake, my dear friend! I’ve missed you! I can’t wait for you to write back! Hope you’re still in love with Tekno. When are you guys getting married? I can’t wait for BellaNaija to carry you guys’ wedding story. You can use chartreuse and burgundy. I still owe you a reply to that question. Be safe, sweetie! No find trouble. I hope you consider your feminist ways, though.

P.S. Eh-hen! Do you remember that my neighbour I told you is in an abusive relationship; that one that her husband turned her skin to a canvas by painting her blue, black, and red? A snake just walked and talked to her o. It told her, “Some things are useful, not necessary. Gladly, those useful things have substitutes.” You should help me figure out this snake’s riddle. I remember you saying, “Genesis story is but an allegory. Why should we base female oppression on a myth, an allegory? (…) The snake in that story represents wisdom. This explains why religion is to logic what water is to oil (…)”  Maybe this snake here has said something wise. Babe, do and write back, joor! I miss you! I should definitely get us twin unicorns this New Year. Bye, lover! Mmwaah! (That’s a big kiss.)

BN Prose: Bring Back Our Money by Feyisayo Anjorin