Seun Akinlosotu: My Parents Don't Want Me to Marry You Because... 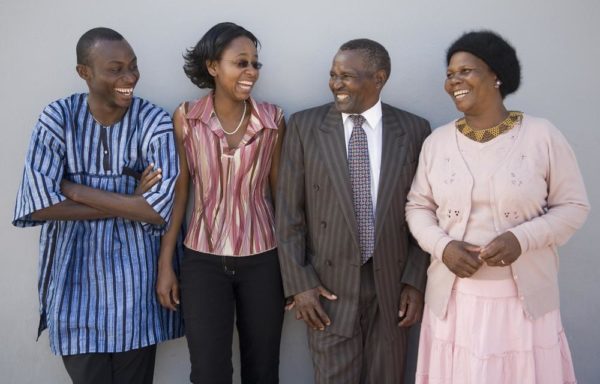 My longtime friend and I had a long conversation the other day about how parents have guided their children down the wrong path in marriage. Yes, there is a wrong path, and many a time our parents have been wrong. Indeed, there is a popular saying that what a grown up sees sitting a child cannot see standing on stilts. Quite true, but absolutely over flogged. This does not apply in all situations. No one thing does. There is no one size fit all in choosing a partner, really.

My friend’s first hand story goes thus; he is from the south west part of Nigeria and several years ago happened to be employed in the Niger Delta region making good money. He is all means a guy any girl could take home, if you ask me. He met a beautiful Naija Delta girl, dated her and wanted to marry her. Her father said no.
Excuse me, he actually said HELL NO. His reason: my friend is not from the Naija Delta, and he (the father) was aiming for a highly-coveted chieftaincy title. His daughter marrying a south-western boy would negate his chances of getting that chieftaincy title. His daughter had no choice but to walk away from the relationship. She ended up marrying a “choice” Niger Delta boy about 2 years later.

Her father passed away five years after she ended her relationship with my friend. No, he did not get the chieftaincy title. Yes, the girl is till today absolutely unhappy in her marriage and has run away from the marriage time after time and returns after her family intervenes. Her father’s position in society was more important to him than his daughter’s happiness. My friend is happily married to a super gorgeous girl, doing so well in every aspect of life.

As my friend and I talked, I remembered another friend Sade, whose parents influenced her marital choice. Hers was more like marry that boy and lose all your inheritance.

Sade and I attended the same Uni briefly in Nigeria, and had been dating bode right from Part 1. Bode was so handsome it was illegal. Smart as well and just an all-round great guy. His only issue was that he was from a poor family. We all had hopes for Bode upon graduation but mehnnn, the universe was not in favor of that boy. He couldn’t land a glitzy job after service year and didn’t have the connections like Sade’s dad had to land anything. He was just “managing” in a cousin’s house in Lagos. Sade on the other hand landed a high-profile job in Elf Oil and Gas courtesy of daddy dearest.

After 2 years of working, Sade’s parents asked her to bring her man home as it was time to start talking about marriage. Sade had never brought Bode home prior to this but her siblings had all met Bode and loved him. Sade’s mum Erelu Gbademosi went all out to prepare dinner fit for a king in reception of their first child’s longtime boyfriend.

Bode arrived for dinner, was well received by everyone until Sade’s father Chief Gbademosi started digging into his history at the dinner table. It quickly became clear that Bode was a nobody. Even the mosquitoes in his cousin’s house were unrelated or connected to other mosquitoes in the home of any high-profile person in society. It was that bad, but he was a really, really good guy who just needed a little help. Sade loved this boy! She really loved him.
To cut a long story short, Chief said NO! His daughter, his princess, the daughter that came when he lost his beloved mother, his Yeye-tunde would not be marrying a nobody. Everyone can forget about that idea. Haba! When Otunba Mike’s son is single, and Chief Dr.x3 Chris Obosi’s Yale Grad son is there…. Ahhhh nkan buruku! Over his dead body.

Sade married Chief Dr.x3 Obosi’s son a year later. She found out (has evidence and his confessional) 2 months later that he is gay. Chief Gbademosi will probably never recover from the high blood pressure he now has; not from eating bokoto and pounded yam every day, but from realizing he put his beloved princess daughter in a prison, and his inability to face society should she leave the marriage. What a stain to the great Gbademosi lineage it would be to have a divorcee in the family.

Bode could never land a white-collar job so returned to his hometown and focused on modern day farming. He made over 50-million-naira last year alone in cocoa exports. All hail the dollar exchange rate!

At what point do parents allow their children make and live with their own decisions? Do parents actually regret their interference when they realize they made a huge mistake by not allowing their child marry their own choice of partner?

At what point, do you as a person put your foot down and tell your parents “Thank you mum/dad but this is my choice and I am sticking to it”. Can we ever get to this point?

Is there an age where you are allowed to stand up to your parents? Should your parents be calling the shots in your 20’s, 30’s 40’s? I can understand in our 20’s our parents can still give us ifoti oloyi (Dirty Slap) and probably throw us out of the house, perhaps because they are still financial responsible for us. But if you are a 37, 38, 39 year old man or woman, surely ain’t nobody still giving you ifoti oloyi and threatening to cut you off, right?

Have you ever been this position? Do you have any regrets not marrying whom your heart truly desired? What has been the most ridiculous reason you’ve heard a parent opposed to a union?

When is it okay to say NO to parental manipulation?