The Fertile Chick: Save My Marriage! 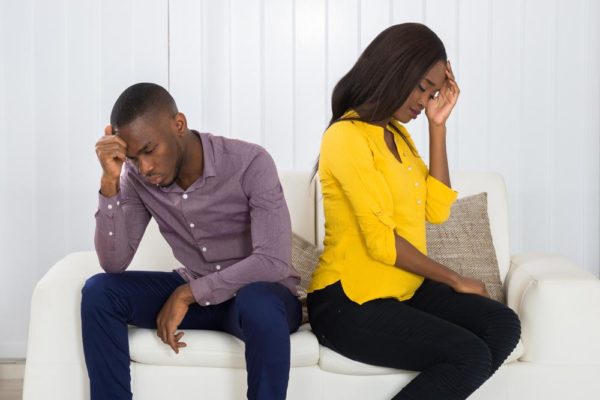 My heart breaks whenever I hear this from any woman, TTC or not. ‘Please, help me save my marriage…’

When I think back to how fragile emotionally I was, when I was TTC, I’m not sure if I would have been able to withstand the kind of additional pressure being heaped upon a lot of women. If you are reading this piece, and are a friend or family member of a TTC woman, or man, please believe me when I say that the TTC journey is hard enough! We’re not exaggerating. It’s tough.

For a woman craving, with all her heart, just to get two lines on a pregnancy test strip, she could really do without your added pressure.

Someone just told me recently how her mother-in-law was ‘advising’ her to ‘quickly get pregnant’, so that her husband, the said woman’s son, would not go out and impregnate someone else, because, according to her, ‘you just can’t trust men’. Knowing fully well that the poor lady has been trying to conceive for almost 5 years, what she wanted her to do with this tidbit of information is beyond me. All it has served to do is add to her stress. Get pregnant or else…

But you know what’s worse? When that pressure comes from the partner himself (or even herself). We once had a blog post of Dealing with Infertility Bullies, and one of the comments from a member of our community stated that her primary bully was none other than her husband himself. The poor lady is barely in her mid-20s, but she keeps having her inability to conceive rubbed in her face…by the man who vowed to honor, love and protect her. So, pretty much, alongside having to deal with her own disappointment month after month, she also has to worry about dealing with his! When I hear things like this, it almost makes me wonder about the partnership in some marriages. If you and your partner cannot tag team on something as big as this, what happens with the other little, or even bigger, things come your way? When the kids finally come, what stops the bullying partner from finding something else to fixate on?

And what about the partners who just decide to up and go? I have a good friend who remarried a few years after a bad divorce. We were all so excited for her, as it appeared she had found true love after being with such a horrible man before. With her new husband, one year turned to two, and then three, and then four…but they couldn’t conceive. They had a few IVF cycles, which unfortunately didn’t work. Before we knew it, bobo started becoming distant and withdrawn…resentful of all they were spending on fertility treatment, and reminding her of it every chance he got. The next thing we knew, he called a family meeting, and, backed up by his people, pretty much said he wasn’t doing again! All because she couldn’t conceive!

And then, we have the infidelity…

Let me just pause to say that I too am seeking education on this topic. Even though I am months away from turning 40, and I am celebrating my 9th year of marriage this year, I find that I am not able to offer dispassionate advice on this. I find that I get too emotional, too angry, too upset, when I hear about infidelity with TTC couples. No, I am not being naïve to think that infidelity doesn’t happen. Unfortunately, it does, but if there is genuine contrition and a commitment to fix whatever has been broken, then it is easier for such a marriage to recover. But when this infidelity is justified…I’m sorry, I’m just not in that space where I can rationalize it.

In the case of a close friend of my cousin’s, her husband not only cheated, his side-chick had a baby. Meanwhile, his wife has been trying to conceive for about four years. The annoying part? The guy feels justified in his actions, and told his wife that ‘It’s God that gives kids’. What’s worse? His family, his friends, her family, and even her friends have also been justifying this faulty rationale of his, urging her to just accept her fate and continue trying for a baby.

Another new friend of mine was talking about the constant girlfriend her husband has had for the past 2 years. I’m not talking about random side chicks. I’m talking steady babe. When I asked if she has ever confronted him about it, she said she has, but his response was that he’s not sure of how he feels…there are times when he feels bad about it, and seemingly cuts off said side-chick, and there are other times when it’s the side chick he wants. He actually told her that. Even though we don’t know each other that well, I had to ask her if she thinks having a baby is going to change anything. If her man is torn between his feelings for her and another woman, is having a baby really going to make any change at all? What if it gets worse? She’ll be responsible not only for her own broken heart, but the hearts of innocent children. Her answer shocked me. ‘Nicole, I just want them to know I’m not a failure. I don’t care if he is a part of our lives or not!’

I was lost for words. Eventually, we prayed about it, and I still do keep her in my prayers, praying for a change in her husband’s heart…because that’s really all we can pray for.

An old friend of mine was in a very volatile marriage. Even before they got married, the guy had the worst temper ever, and was constantly abusing her, physically and emotionally. I remember telling her that a broken engagement was better than a broken marriage. Well, they married anyway, and of course, the abuse continued. In the years leading to the birth of their child, as they went through IVF cycle after IVF cycle, their home was a hot pot, as she too had started fighting back. By the time they finally had their daughter, less than four months after her birth, they had an extremely bad domestic incident that saw Police Officers invited to their home to resolve the dispute. They separated after that incident, and are divorced now. It almost makes me wonder if they should have bothered in the first place.

So, here I am, throwing it open, because I am desperately seeking an education on this myself. Should a TTC woman, or man, remain in a relationship with an abusive or unfaithful partner…especially one who is not contrite and sees no bad in their actions? Is it really worth it? What is the guarantee that such a man/woman will change? Is it fair to bring a child into an already acrimonious environment? Does it make more sense to just shake hands and go your separate ways? Yes, I do believe in the power of prayer, and yes, I do believe that marriage is sacrosanct. But when these things happen, could it be a cue, even from God, that you need to leave?

I look forward to being educated, because, honestly, this is one topic that really, truly breaks my heart.

Move Back to Nigeria: After Long Consideration, Diran Otegbade Left Toronto for Lagos