Abisola Owokoniran: Settling Down Palava & the Right to Be Picky 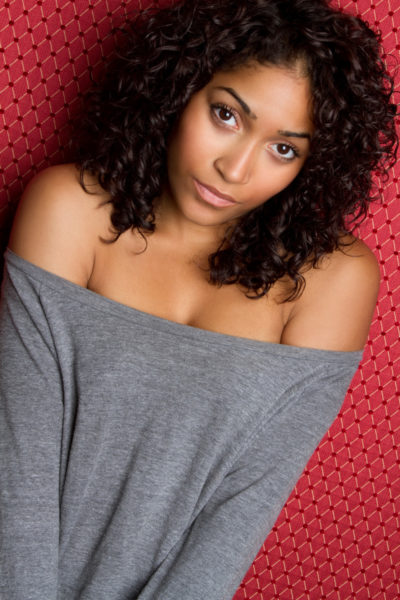 I was recently at a friend’s gathering, relaxing and having a good time. It was Friday and I was just happy the weekend had finally arrived after such a hectic week. With drinks and food flowing and music in the air, I was ready to turn up and let my hair down. I was mingling in the crowd when I ran into Tope, an old acquaintance of mine who I hadn’t seen for years (thank God for that). She was there with her fiancée who she happily showed off like some sort of trophy, even to strangers. They were getting married early next year in a small and intimate ceremony. I was happy for her; she had met the man of her dreams and was about to start a new life with him.

Her constant and over exaggerated flicking of her left wrist drew my attention to the huge rock on her finger. I congratulated her on her upcoming nuptials. After the usual pleasantries exchanged, she asked about my significant other. When I stayed quiet for a while, then she followed up with, ‘don’t tell me you do not have a significant other’. (I love how people automatically think you have a significant other after a certain age. Don’t get me wrong; I am looking forward to finding that special person to spend forever with. I just hate when people automatically assume a person is single and so they must have done something wrong or are doing something wrong).

I replied in the negative; further stating that I was waiting on God to let me cross paths with my own husband (still very much my prayer). On hearing this, she spoke the words which I have come to dread, she said, ‘No man is perfect, you just have to compromise because we are not getting any younger’. (I hate when people state the obvious, of course I was not getting any younger. Just as I know there is no Mr. Perfect out there, and that I have to compromise. But I would like to compromise with the right man and not just any man).

To say I was shocked by Tope’s utterances would not be true. Ever since I could remember, she had always had a brash insensitive way of talking. In University she had a bad reputation due to the way she spoke to people. Her lack of regard for other people’s feelings has led her into many misunderstandings and fights.

Not one to create a scene, I spoke to her for a few minutes longer, after which I excused myself, however not without a promise to keep in touch with her (keep in touch ko, keep in touch ni).

The conversation left a sour taste in my mouth as I spent the rest of the evening pondering over it and at the same time analyzing myself. Am I being too picky? Am I the problem and the reason I am still single? My mind flashed to the many suitors who had come and gone for one reason or another. Even though the reasons differed, there was one common factor in each situation: me.

In that instant I reflected back on one of my past serious relationships. He was a nice guy, caring and he paid attention, actually too much attention and was constantly checking up on me by phone calls, text messages, whatsapp messages, you name it (now when I think about it he was controlling). He could literally call over five times in an hour without saying anything important. At first I thought it nice, sweet… and a sign that he was really into me. What girl wouldn’t be thrilled her man was attentive and caring?

It, however, came to a head one afternoon; I was catching up with my friends from University who were in the country on holiday and had put my phone on silent. It was on getting in that I saw that I had over twenty missed calls, over fifteen whatsapp messages and even messages via snapchat in a space of four hours from him. When I returned his call, he demanded to know where I was and who I was with and started accusing me of going behind his back. It was then that it dawned on me that it was not done out of affection, but out of obsession and control.

The warning signs were there and it was up to me to either accept the relationship for what it was or reject it in its entirety. I saw the danger signs, so I chose to end the relationship that night. However, walking away from that relationship was not easy, because of what most people would say.

The fear of condemnation is what kept me in the relationship for so long. I knew I was not getting any younger and every time I complained to my friends, I was told to think about his good qualities which outweighed his bad qualities. Aside from his need to know my every move, he was a wonderful and generous person. According to a friend of mine, I was indeed lucky to have a man who showered me with attention. With everyone telling me what a good catch he was, I had decided to manage the relationship and ‘stick it out’ – after all no one is perfect and the devil you know is better than the angel you don’t.

It was at the end of that relationship that I vowed never to stay in a relationship for the sake of being in one, regardless of what anyone thought. So whilst Tope’s speech hurt my feelings, making me question myself, it was not going to push me into making irrational decisions which would have an effect on my future.

To most people around me, this means I am waiting for Mr. Perfect to come and sweep me off my feet and sail away into ever after. However, I call it looking for a man worth waiting for; someone I can build with and share my dreams with; a man that is not perfect, but who is willing to learn from me and teach me at the same time.

I just would like people to realise that being single does not equate to being picky.

I know there is no Mr. Perfect, but I refuse to settle down… just because.