AnuOluwapo Adelakun: You're Not Married? Shame on you! 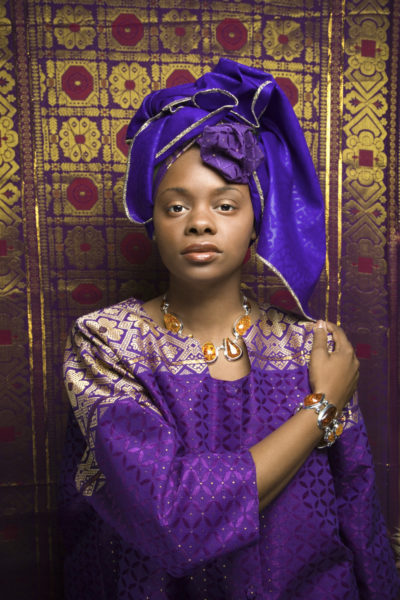 So, for the past 2 years, many of my friends have been getting the ring and walking down the aisle. If you ask anyone who knows me, weddings make me happy because I’m a serial bouquet catcher and bridal shower planner. In the last 6 months, the weddings have intensified. Some, I have been more than happy to attend. Others just clash with work.

I’m at that stage where my wardrobe is filled with different shades of yellow head ties because when one of my friends chooses sunset yellow, another picks akamu yellow.

Very recently, I was involved in the planning of another bridal shower and I needed to chauffeur the bride-to-be to the venue of the little get-together. Then something happened.
You see, before I started driving, I used to see this repeated scenario where someone has the right of way and the wrong driver claims he/she is right and then both drivers turn off their ignition and everyone is brought to a standstill. That scene always reminded me of two goats trying to cross a narrow bridge over a river… until I found myself is the same scenario.

Here I was turning into a sharp bend from a highway and on the right lane. This guy saw me driving in and sped towards me until we both found ourselves trapped in between parked cars. As an accommodating person, I tried my best to move in such a way that he could still maneuver because I couldn’t reverse onto the highway. This guy just started screaming “Don’t you have sense? You want to say you didn’t see me coming?”
People of God, I was shocked; but that was only the beginning. He turned off his ignition and started staring into thin air. It took the intervention of another driver for him to wriggle out of the space I had created for him. But before he left he ‘tried’ to insult me “I’m sure you’re not married, just look at you. You’re not even up to half of my wife.”
I laughed so hard that I could see the irritation on his face. Not quite the reaction he expected. No apologies.

I’m still trying to understand the logic behind his reasoning. Are married women better drivers? Or all single ladies are stupid? If I were a guy would he have insulted me with bachelorhood? I have heard quite a number of people insulting single ladies with the ‘That’s why you’re not married’ phrase like it’s something to be ashamed of.

In recent times Chimamanda Adichie and Funmi Iyanda have emphasised on marriage and it not being an achievement, at first I was taken aback with thoughts of  how that is such a big fat lie but after this episode with this guy who proved to me that his brain is like a seed of roasted groundnut, I finally understand where these leading women are coming from.

Having a wedding band on or not doesn’t define my total existence. I’m not dismissing the fact that marrying the right person can catapult ones efforts to becoming an edifice however, spinsterhood is not a curse or a harem for disadvantaged, ‘unpluckable flowers’. It is not a Bsc that requires an MBA. Spinsterhood is what it is.

So to the guy who thought he could rain on my parade that wonderful bridal shower day, you failed woefully. I had so much fun. And guess what? I’m a spinster, resourceful, visionary and purpose-driven. Ring or no ring I’m powerful and glad to be fulfilling my destiny. Meanwhile, you need to back to driving school.

The Journey to ‘I Am’ With Tolu Falode: 5 Secrets To a Thriving Relationship

Chukwudi Okoli: 4 Basic Ways to Succeed In Business as a Smart Entrepreneur