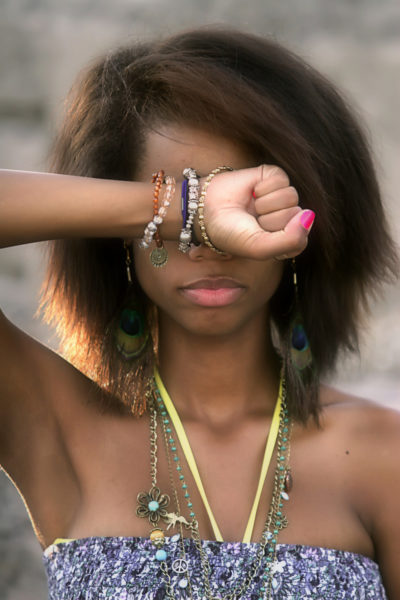 If you are one of those people that see “Cisi Eze” and read the rest of the post while clinging on to the preconceived notion of  “angry, annoying feminist”, well, let it go while reading this article. (In American Ghetto accent) I ain’t snatchin’ wigs from yo’ head, Tasha. No’ this post, Twerkisha. (Winks) I’m servin’ tea.

(Switches to Nigerian accent – I dunno if there is even one, sef. But wha’ever!) Once upon a time, I was standing on a BRT queue with plenty people, o. We were waiting for a bus for over forty-five minutes. With the way we were standing, you’d think we wanted to see the Oba of Benin. And you know what was na painful about the stand? EMPTY buses were passing viam! viam!! viam!!!  There were no buses for us to stand in, sef. See all that palaver? We pressured the ticketers to call the “oga of BRT people” so that they would send about three buses.  Still, no bus.

As expected of Nigerians, we were just complaining uppandan*. We were like puff-puff inside cold oil – we refused to rise to the occasion. One elderly woman was just cussing in Yoruba. “Wonderful”words I can’t even type here – I was getting scared for the destiny of the bus drivers. Some people were gyrating like molecules of metal in the presence of heat.

As the bus approached the terminal, we saw the busman pointing his index finger ahead of him. Bro was not going to stop for us. He even had a silly smirk on his face. It was doing me to stop the bus, enter the bus, and swat the grin off his face. He needed to catch these fists. Imagine the liver!1 In his very mind he gave us collective ela. No fear whatsoever! If you see the way everyone insulted him! And you know how insults are more “interesting” in indigenous Nigerian languages. I was pissed, but I was laughing. I am sure the busman even looked at us through the side mirror to see out distraught faces. All that wickedness. I internally placed my hand on my head and sang in lamentation, “Aiye le o. Ibosi ooo.”

One man not so far from me was analysing how BRT is a waste of money. In my mind, I was like, “What is doing this one?” The man was obviously aggravated and he had to vent. He was just dragging Nigerian politicians and how they are the cause of everything. I was waiting for him to blame Nigerian politicians for global warming and desert encroachment. Hmmm! It is possible, o. Some people have blamed feminists for dinosaurs’ extinction, bad roads in Nigeria, among other things. Everything is possible. Another man joined him and they were giving political analysis. Your gal was like, “Hay God! Who all this plenty talk don epp?”

One hour went by, no bus. But we were still complaining. Some of us were praying. Few people left the terminal. Others were silent – I was among the silent ones, I won’t lie. Was there anything we could do? I blanked out. I cannor com’ an’ ki’ myself2, mbok3. As Plato said, “There are two things a person should never be angry at; what they can help, and what they cannot.” Your gal just che-le4. The BRT officials at the terminal had tried to stop some buses, but it seemed they were headed somewhere else.

Finally, when we had it to fever pitch, we vex, o!

Some of us decided to stand on the lane to block empty buses. The mindset was like, “All of us are gonna die on the line today!” The plan was that the busmen would not get to their destinations as long as we were not getting to ours’. It was serious, o. The BRT officials were now gingered, too. Our ginger gingered their ginger. You should have seen the ginger. All that ginger! There was nothing they could do to cure our craze. Because we were permed5, they never expected the craze. Ah! They never hexperredit6. Anger is good when you use it constructively. Were it not for anger, we would have been standing at the terminal like Standard Biscuit.

Five minutes after we stood on the lane to block the buses, two empty buses stopped – empty buses that were blowing past us as if we were the reason for the world’s problems. In five minutes of displaying anger, we achieved what our one-hour silent anger, complaints, and prayers could not achieve. We threw caution to the wind and demanded for a bus. If we did not block the BRT lane, we would have been standing there till “Thy-Kingdom-Come”.

That is the end of my story. What did you learn?

These are the moral lessons

In the words of Zora Neale Hurston, “If you are silent about your pain, they’ll kill you and say you enjoyed it.”

P.S. So much respect for Tuface Idibia! That he was compelled to cancel the protest means the government knows how powerful we are. Those people that were standing with PREFRON, I’m tempted to shade y’all, but some people are not worth it.

*”Uppandan” means “up and down”. It can mean “everywhere” or “all over the place”.

#BeInspired Mondays: Why becoming ‘The Best’ is not enough