Nollywood actress Daniella Okeke has finally opened up following allegations that she was a beneficiary of Apostle Suleman’s benevolence in exchange. There were allegations that she had received a car and a rent-free apartment from the Pastor who is currently entangled in a sex scandal.

Daniella who has been mute for the past couple of weeks spoke up on Instagram last night saying that her silence was for legal reasons. She, however, stated that she has not made any statement to any media house and as such all other reports credited to her are false.

See what she posted below. 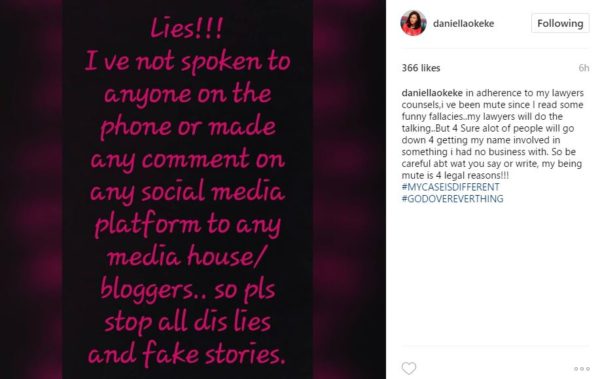