Behind the Heart with Chiadi Ndu: When the Dark Beckons 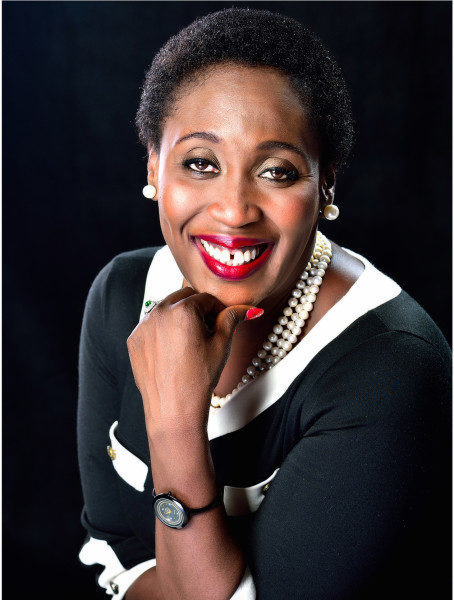 Most people are currently feigning strength and wearing masks. Very few are strong enough to admit their anxieties, fears and weaknesses. Phrases like, “Are you the only one…” “Is your case the worst?” “Must you wear your problems on your forehead?” resonates. If you come from the same part of the country that I do, you must have also heard “machie uwa George,” meaning use your beautiful ‘George’ (an imported, expensive, luxuriant, dressing- up wrapper) to cover your troubles. Speaking out and seeking help is considered a mark of weakness.

On Sunday 19th of March 2017, Dr. Allwell Orji jumped to his death from the 3rd Mainland Bridge into the Lagos lagoon. Since then, I have read volumes of comments and opinions with people expressing varying emotions and perspectives. Some feel anger and disgust, others compassion and empathy while others incredulity- honestly unable to imagine anyone taking their own life- “I can never kill myself,” they conclude. When asked why anyone would commit suicide I always respond with the question, “Why would a malaria patient have a fever…?” The fact is that one is simply a fall-out of the other, the same way suicide is a consequence of depression.

I have known *Daphne for almost 20 years and in my opinion, she is a strong, vibrant and resilient woman. Though life has thrown her some very hard punches, her ‘bounce-back’ remains remarkable. Daphne’s mum had lived the good life with numerous lovers until she fell pregnant. She made it clear that she regarded Daphne as both a nuisance and a hindrance. Over the years, Daphne battled with feelings of rejection until she learnt to be both abrasive and aggressive. Fighting and anger became both her weapon and her shield. She got on with life and ferociously lived it, leaving no stone unturned in her pursuit of relevance. From every perspective she could be described as a winner and a success story but that dark hole of rejection still beckoned. She spent so much energy being strong she never realized how exhausted she was. She woke up her spirituality and became active in it. Succour and stability came from her spiritual inclination until she encountered a severe financial and domestic upheaval that threw her.

She told me that all she heard was the call to end it all. The pull was strong and overwhelmingly powerful. She didn’t feel that life was worth living. She found herself spending huge chunks of time ruminating over the bliss of ending it all. One day she stared and stared at the knife on her kitchen counter and her turmoil turned into a calming sedation as she imagined the release that knife could bring her; permanently! She got rid of all the knives in the house. On another day she began to salivate, desperately wanting to swallow as many of her husband’s pills as he won’t notice but then she thought “even if he notices… I won’t be here.” That felt good. Thankfully, Daphne sought help and intervention came when she was diagnosed with clinical depression.

Depression is a state of low mood and aversion to activity that can affect a person’s thoughts, behaviour, feelings, and sense of well-being. People with depression may feel sad, anxious, empty, hopeless, helpless, worthless, guilty, irritable, angry, ashamed, or restless. They may lose interest in activities that were once pleasurable, experience loss of appetite or overeating, have problems concentrating, remembering details or making decisions. They can experience relationship difficulties and may contemplate, attempt or commit suicide. Insomnia, excessive sleeping, fatigue, aches, pains, digestive problems, or reduced energy may also be present.

According to the World Health Organization (WHO) 2017 update, depression is a prime contributor to the overall global burden of disease with more than 300 million people of all ages suffering from it. The WHO predicts that depression will be the world’s No.2 killer and form of disability by 2020 and No.1 by 2030. This means that suicide rates are likely to increase.

It is an indictment that in a city of over 20 million people and a country of 180 million, Dr. Allwell Orji could not find someone, anyone to get appropriate help from; even in his chosen profession. For him the most welcoming place was the beckoning and expanse of the Lagoon waters.

To everyone one out there struggling with depression, shake off the shame, it’s a health condition not a weakness. Talk to someone because once you can SAY IT, YOU CAN SLAY IT! Just the same way an anti-malaria drug holds down the fever till the malaria parasite is destroyed, talking dissipates the darkness until dawn breaks.

*No real names or identifying details.

Onyinye Nwanna-Iwuoha: Have You Thought About the Risks of Giving Babies Social Media Accounts?

Jennifer Nagu: When Being Plus-Sized Gives You Flight Anxiety