Cisi Eze: Something for the Gals-Dem! Here's How to Vex Nigerians 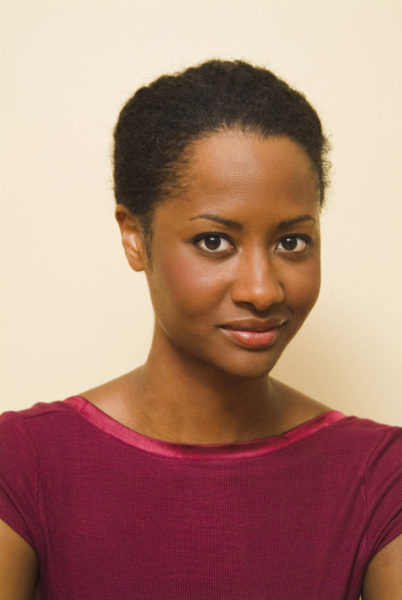 Nigerians are emotionally fragile people – the “inconsequential” things peeve us. Here is the Rebel Gang Starter Pack for Nigerian Girls:

Be At Ease with Yourself
If you read or watched Shamim Sarif’s “I Can’t Think Straight”, you’ll remember that part Tala told Leyla, “Be at ease with yourself.” It takes a lot to be at ease with one’s self. It means you stop caring about what irrelevant people think about your choices. Being at ease with yourself means you are starving people that feed off your insecurities. “People hate you when you love yourself”. The moment you decide to put your happiness over society’s ego, everyone gets salty.

Be a Feminist
Chimamanda will say, “Everyone should eat healthy”, and some people will twist it into something else just because they want to get angry with her. Feminism is not hard to get, really. Feminism in the real sense is this: let people be treated according to their personalities, not according to their sex. If a guy wants to be a househusband, let him be – don’t ridicule him by saying he is not man enough to fend for his family. Personally, I don’t see “feminist” as a tag or badge. It is the logical thing. Does it make sense to zero someone down to genitals alone thereby ignoring the person’s personality, skills, and etcetera?

Be Queer
Yes, Nigerians do not understand humanity is nuanced and as such, human sexuality is on a continuum (Feldman, 2005). Heterosexuality is just one of several patterns of love. “Heterosexuality is not normal, it is common.”- Dorothy Parker. Sexuality is not just sex – it is emotional, too. Funny enough, it is easier for a woman to identify as queer than for a man. (Heterosexual men are probably scared queer men would treat them the same way they – heterosexual men – they treat women. No one likes tasting his/her poison. Eh-hen! I even heard a good number of married men have male lovers, o. Hian! I will collect more receipts and spill tea about that later. You’re welcome, dear.)

Own Your Body
To own your body means you have bodily autonomy – you decide what to do with your body. Nigerians do not like women that own their bodies. They be like, “Who taught you how to own your body?” E.g., tell them you don’t want biological kids. Hay! They will blackmail you with tomes of obsolete literature that originated from another culture. They will passionately dissect your matter as though the betterment of the Nigerian economy is hinged on it.

Have Sexual Agency
Be like Mona Elthahawy, author of “Headscarves and Hymen”, and say, “My vagina belongs to me. It does not belong to the church; it does not belong to the mosque; it does not belong to the state…” I tell you, they will come for you! Nigerians do not understand your vagina belongs to you ergo, you can’t do whatever you want with it. I have said it before that Nigerians can’t handle women on the loose. Some people have succeeded in equating “purity of the land” to how sexually free women are. But did we tell these people we want them to place their purity in our vaginas? No one should shame you, o! If you want someone, go for it so far it is consensual. As I wrote before, “shame is the tool society uses to suppress your desires and appetite.” (Once upon a time, men could not ascertain paternity. To put women in check, they compelled women to prudishness by equating virginity to our worth. What do you think is the historical background of paying bride price? Respecting a woman? Haha! You wish!)

Be Irreligious
They will go in hard on you. Ha! They’ll come and spill on you. They’ll spill all that anger and vitriol. “How dare you not subscribe to a belief system that says you should not talk? How are you not believing in an ideology that says you are weaker by virtue of your genital?” (Some people don’t know spirituality and religion are different things. Religion is what society reaches you about God. Spirituality is what you discover on your own about God.)

Refuse to Aspire to Matrimony
These Nigerians will be looking at you like, “How dare you want to be single?” But is it their single? Epp me an’ ask them, o. Some people equate feminism to not wanting to get married. (Giggles) All that dumbness! Not everyone was suited for marriage (Mathew 19: 11-12). Even in palm reading, some people don’t have the Line of Marriage. (A little Chiromancy never hurt anyone.)

Say You Want a Trophy Husband
Oh Lor’! You and that your trophy ozzband will hear it! They will ask you why you want to upset the natural order of things. Then, they will face your hubby, o! They will question his destiny and he will give answers on why he does not want to be a man. (What does it even mean to be a man?)

Be Honest
How many times do I have to say honesty is not seductive? Decide to say things the way they are and everyone would act up on you. For example, get to work at 7:56 a.m. and sign 7:56, not 7:04, your colleagues will snatch your weaves and edges; they will drag you. In fact, they’ll snatch your head along, sef. Nigerians do not like honest people. (Dishonesty Gang, the saccharine taste of a spoonful of lies will soon cause you tummy ache. What did your ma tell you about sweet things?)

Aspire to Be the Best You Can Be
Some men will be saying we are emotional meanwhile, they launch into panic mode because of ordinary breath coming out of your nostrils. Ordinary personal ambition, these men with fragile egos would start thinking you are competing with them. Who is even competing with them? Abeg, you only compete with people on the same level with you. What level of insecurity would make you think someone staying on her lane and doing her own thing is trying to compete with you? What a shameful something! Then, some people would go on to say you are trying to be a man by being a human being. Can we stop flattering men? We flatter men by comparing ambitious, strong people to them. Simone de Beauvoir wrote, “Man is defined as a human being and a woman as a female – whenever she behaves as a human being, she is said to imitate the male.”

There you have it – ten ways to get Nigerians pissed. There are many ways, but these seem to be the “deadlier” ones.

P.S.
Those of us that belong to Rebel Gang should identify ourselves, o. Let’s form an association. Take this as a clarion call. But they’ll say we’re doing cult sturvs. World people, sef!

P.P.S.
“Queer” used to be a pejorative, but as the LGBT community has “reclaimed” it, it is “cool”.

P.P.P.S.
Mona Elthahawy is my birthday mate. Haha! That one time astrology worked. You can’t be cool with social injustice when your birthday is August 1st. You kent*!