AnuOluwapo Adelakun: Of Epic Twitter Comebacks & the Importance of Financial Independence for Women 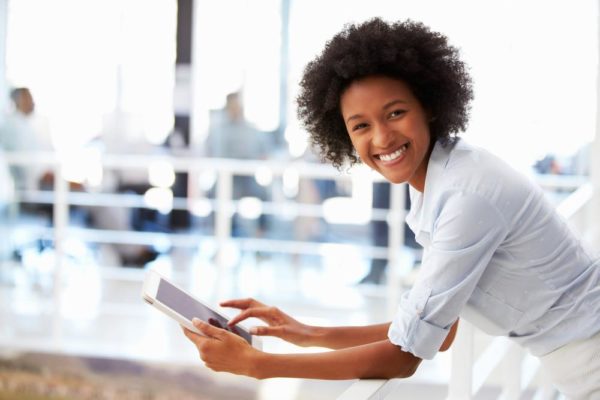 Yes, I am dedicating this post to the most epic TwitterNG Clap back which has been trending.

The tweets which deserve to be engraved in gold and put up in the museum of Women Empowerment (If there is any) ensued between a cheesy young man who took to Twitter to rant about being refused a chance at having a relationship with a young lady (with a self-esteem on fleek) whom he had taken out on a date. He referred to her as a ‘broke ass hungry b*tch’. The lady who identified herself as the object of contention, simply replied his tweet with a break-down of the expenses incurred on the date and a screenshot of a money transfer to the said guy as a refund + tip.

Can we all have a moment of silence in honour of this ‘Miss Independent’ move.

You see, the young lady in question might not have a well-paid job or 30 billion for the account o *in Davido’s voice*; she didn’t even have to pay him back generously as she did, but I love that she didn’t feel helpless or without a choice.

This brought to mind something that happened to one of my mother’s friends some years ago. (I’m sharing her experience with her permission of course.) She had been in a horribly abusive marriage for years. Her husband even had a long cane hidden behind the door in their room for when she ‘misbehaved’ and wasted no time flogging her silly in front of their children.  When the cane was not sufficient, he resorted to using his teeth. On one of such occasions, he bit one of her breasts and a chunk of her flesh was actually hanging on her chest.

My mother is a lawyer, but of what use was that, when her friend never wanted any help in that regard? ‘Where will I go?’ she would often ask my mother. My mother spoke to her husband on multiple occasions, but his woman was quick to cover him up.
Back to the vampire incident where the breast had been bitten; upon arrival at the hospital (you should know that this man never paid any of the bills arising from his violent outbursts)  the doctor asked what could have caused such a fracas and my mother’s friend said that she had slipped and fallen badly off the stairs. Of course, the doctors didn’t believe her (Not with his teeth imprinted in her flesh), but counselled her nonetheless.

A few years ago, this man gave his wife a date – not when he would send her out of his home, but when he would actually kill her. She ran to my mother who advised her to get a job and earn some money no matter how meagre.

She did just that (against the wishes of her husband, who believed women should be full-time housewives) and that was the beginning of her freedom.  Since the man always got angry when it was time to pay the bills, she started handling the bills. Unsurprisingly, he began to complain about how she didn’t care about him or treat him like a man. He complained, but never lifted a finger to hit her again. Why?  She now had her own money and could afford to leave him, if he abused her again.  Soon enough, he was transferred by his company to work in a state that was 12 hours away from home. He hasn’t come home visiting till this day.

And, you’re taking things too far with this issue, you may say – but I think not. We can’t overemphasise the need for women to be financially independent. In fact, most of the problems we have in the world today stem from the poverty many women face because they can’t or are not allowed or given opportunities to be financially independent. In many countries, including Nigeria, some cultures forbid women from owning or administering properties (this is one of the reasons why our gender equality bill must make a come-back in the Senate), denied employment because they will get pregnant and have babies and no one wants to pay for a breastfeeding or nappy changing vacation and yada yada.

Here’s my take on the Twitter incident: taking a lady out on a date, buying her expensive gifts, or treating her to some privileges doesn’t mean she must meet your expectations in return, or even pay you back in cash or kind. This is the grounds some men have ignorantly used to justify rape and forms of sexual violence. It is beyond sad. What if she was controlling you at the ATM or she bought the whole of Dubai mall using your credit card? Uncle, it still doesn’t mean she must have a relationship or have sex with you. Recieve sense!

Love can’t be forced, and relationships are not legal tenders for dates. If either of the parties on a date is not ‘feeling’ any chemistry or seeing any possibilities, they have a right to step back. After all, many of us have been on dates with people who have treated us very nicely, but with whom we had no relationships – we had the right to, for whatsoever reason.

More than anything,  this particular twitter thread should be empowering to ladies. Don’t be intimidated. What if he takes you out and spends more than you can afford and behaves this same way, don’t feel like you have to pay anyone back for a date they invited you to. There’s a price to be paid for everything in this life including time spent with other people on dates. Hold your head up high;  let your No be your No and your Yes be your Yes.

This is not a call to war, I simply mean that you have a choice!
Photo Credit: Monkey Business Images | Dreamstime.com

Aunty Bella: Miss. Should I Ask Him to Divorce His Wife?

“I’m the Water and you are the Fire”! For Osei and Anne their Forever starts Here | Watch their Wedding Video by One Shot Studios