Do You Think the Hot Car Will Get You the Hot Girl? 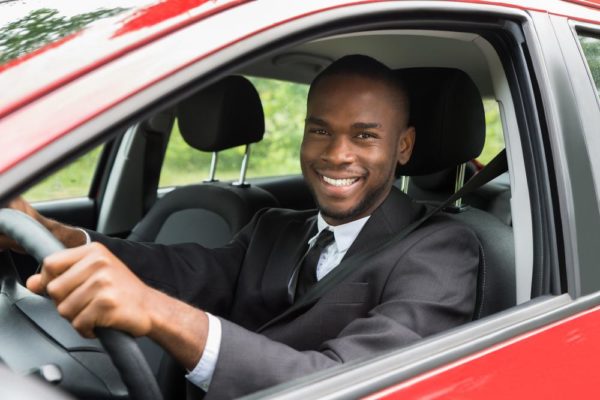 Driving a super expensive and prestigious car, especially in Nigeria, will dramatically increase the attention of anyone around you, male or female. Who does not want to be associated with something good, please?

Hot cars, in this case, are in the line of Lamborghini Veneno, Ferrari Pininfarina Sergio, Bugatti Chiron, Porsche Macan and of course, Range rover Evoque. These five cars are surely the top picks for men with big dreams this year.

A number of guys grow up with the fantasy of owning a luxury car when they ‘hammer’. A car is a symbol of status and power; so, owning a fabulous car would be more about the recognition and the social status that comes with it –
even more than the speed or mechanical sophistication.
Also, the flock of girls it will pull is another major factor. Imagine yourself, a young man, arriving Eko Hotel in a sterling gray Range Rover Velar for AY Live perhaps. You expect all eyes to be on you; you expect girls hustling for your digits, even if you are with bae number 1. All eyes will be on you. That is the life!

On the question of a hot car getting you a hot girl, however, it would be a “Yes” and a “No”. Do not be deluded by films like Fast and Furious where the guy with the most unbelievable ride gets the hottest girl. That is fiction, this is real life.
There are many variables and factors to consider. Again, let’s assume that a hot girl, in this sense, is a girl who is at least a 9/10 physically, emotionally and intellectually. A complete and balanced package.

Attracting a hot girl with a car is not the same getting her to step into it or getting to like you enough to drive into the sunset with you for a happily ever after. While there is no denying the strong magnetism that pulls girls to flashy cars, a hot girl is most probably on a high-paid career path and as such is highly successful already.
She probably also has a hot ride too…even if not as hot as the guy’s car.

Because she shows a preference for high-status males, she most certainly will be attracted by the expensive car. But once the initial attraction ebbs, she will expect the man will offer more in the area of personality. This is where the problem lies.

There is the general assumption that men buy expensive cars simply to impress. This implies that this kind of men who are materialistic, shallow and boring.

If that is truly the case, and the man has nothing to recommend him except being rich and having an expensive flashy car; he is never going to be able to ‘get’ the hot girl. The only kind of girl he will be able to attract and keep is a gold digger.

An expensive car screams “provide” to a gold digger, so even if you are shallow, boring and even have halitosis on top of it, she will manage it. She probably sees you as possible husband material or sugar daddy to manipulate.

Some men are actually ok with these gold diggers, as gold diggers are usually also hot physically. Some men would rather that, than go without a woman altogether.

Having a hot car, no doubt, shows a bit about your personality and your success; but, at the end of the day, a hot girl wants someone who is down to earth, confident and overall a good time to be with, flashy car or not.

In the case where the man with the hot car fits the description and is truly a man of substance, chances are he will have the hot girl eating from his palms in a very short time.

Do you agree or not?

Nkechi Alade: 3 Things to Do Before You Start a Side Hustle