6 Things You Should NEVER Say to an Adopted Person 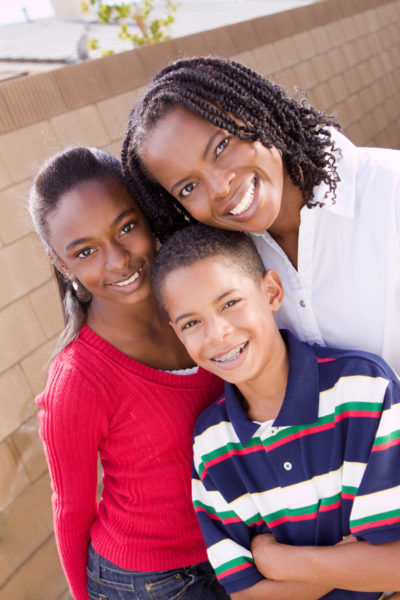 Life can be hard and cruel at times, so people have to give up their children for adoption. These children, the adoptees, usually do not play any role in how their birth process plays out, neither do they have a say in what family they find themselves in, or the kind of life they eventually have. However, people who have knowledge of the circumstancing surrounding the birth of adopted people, sometimes say some incredibly dumb things to them – causing emotional stress or embarrassment that could have been avoided. Usually, most of the comments are bred out of well-meaning inquiries, or a lack of understanding about the adoptive process; but some of these questions that are just offensive, even if the intent is well-meaning.

If you are someone who likes to ask questions or express their thoughts, here are six things you should never say to an adoptee.

“Are you adopted?”
You see a very dark African girl with a light skinned Caucasian woman who appears to be leading her or controlling her movements and you even hear her call the white woman “Mum”, the first thing that comes to your mind is that she is adopted, because, apparently, the two aren’t a matched set. The first chance you get, you would be tempted to ask her if she is adopted; not in an attempt to ridicule her or hurt her feelings, but in an attempt to quell your own curiosity.
While your intention is not necessarily to offend the girl, your questions can be very detrimental to her feelings.

Just the same way you cannot just meet someone and ask them how much they earn in a month, asking someone the details of their birth history, especially when it seems different or they are adopted can be quite invasive. It is personal information, and should be kept that way.

“Oh, you are so lucky to be adopted”
Who made you the judge over her birth status? Whatever the reasons for a person’s birth parent giving them up, or circumstance surrounding a person being adopted, to say to them that they are lucky to be adopted passes a kind of negative judgment on their origins.

Not all adopted children feel lucky to be adopted and saying that to them could summon a feeling of guilt or self-loathing for feeling the way they do.

Also, where the child is younger, it may foster some kind of inferiority complex.

“I sometimes wish I were adopted”
Being adopted is not a problem, neither is it a mark of distinction. No one asked for your feelings on whether you want to be adopted or not, and saying that you sometimes which to be adopted does not make the adopted feel any form of privilege either.

It is not funny. You are not being empathetic by saying so. A number of adoptees, who are aware of their status, actually have sensitivities about their origins, and trying to play it down or make it seem like some sort of achievement by joking around. Saying you wish to trade your status as a child living with birth parents, to being an adopted child, may be hurtful to them.

“So, where are your REAL parents?”
What exactly do you mean by “real parents” anyway? The biological parent whose genes they carry, or the parents they know who have raised them, nurtured them and given them the life they deserve?

Most adoptees, especially those adopted as infants, know no other family, except the one they have and they consider that family their real family.

There is no “real” or “fake” as far as they are concerned. Asking them such questions has a way of getting them the wrong way and fueling some kind of identity issue for them.

You shouldn’t even be asking any adoptee a question of that nature, unless you are very close to their adoptive parents or to them. Where you feel you are close enough to ask this question, the correct terminology to use would be “birth parent” not “real parents”?

“Wow, you actually look like your adoptive parents”
Sometimes the adoptee has certain physical features that are incredibly similar to those of his/her adoptive parents. This is not necessarily a good thing, or an achievement. It should not be used as a compliment, when relating to the adoptee.

No doubt, people are quick to point out how a child has their mom’s eyes or their dad’s legs, but with an adopted child, it may not really be necessary to mention it, or go on and on about it… as it may seem to them that you are looking for a reason to validate their relationship with their parents.

“You wouldn’t understand because you’re different”
Different in what way? This statement is usually made by family members to the adoptees, especially when they possess certain characters that may be quite different.

For instance, in the case where the child is an introvert as opposed to the rest of the family or they are adventurous compared to the rest of the family who is conservative. This is because they feel the child may not possibly relate to how they felt in certain situations, because they (the adoptees) were not born to them.
Such a statement would bother any adopted person.

The truth is, everyone is unique, adopted or not. It is important to keep at the back of the mind the possibility that they would still be the way they are even if they are not adopted because they’re their own people.

Telling our Local Stories through Graffiti Art! Osa “Osa Seven” Okunkpolor is our #BellaNaijaMCM this Week