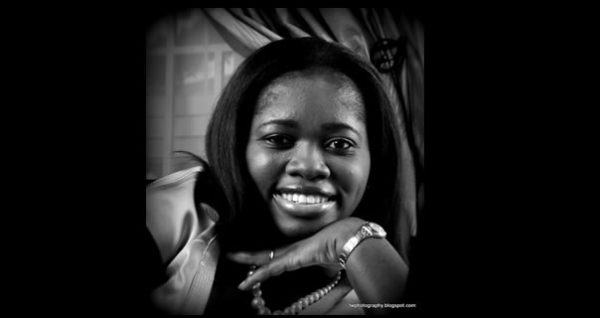 I’m Bukola Ayinde, Founder of P4:13 Foundation and author of Diary of a Special Needs Mum.

Getting a diagnosis which says your child has Cerebral Palsy is a parent’s worst nightmare. I had my period of living in denial; wishing the problem would go away, like it was all a dream, but the reality stared me in the face.

My husband and I decided to face the challenge before us squarely.

Well, at that point of my life, I didn’t mind if she was going to be rude to me or arrogant as far as she was as good as everyone had said, I was fine with that. All I wanted was to see was my child’s improvement, I could take any sh*t in between.

In June 2016, my daughter’s school proprietress requested that my husband and I should make out time to see her. When we eventually did a week later, she told us that the physiotherapist had manhandled our daughter and she was going to show us a CCTV recording to prove it.

At the back of my mind I felt the woman was exaggerating because therapy could be demanding at times. My child may cry, if she didn’t like the exercise or if the exercise was tasking.
However, when I watched the video, I was shocked beyond words that someone I trusted with my daughter could treat her worse than an animal. I believe that even an animal shouldn’t be treated that way.

I mean, she came highly recommended; she is a Masters degree holder. She is not an illiterate.
Apparently she didn’t remember that there was a CCTV in the room or she felt nobody would be checking the TV at that particular time.

It was heartbreaking to see my daughter treated by a health worker in such a barbaric act.
I watched my daughter as she fell down several times hitting her head on the tiles. There were times she hit her head on the edge of the wooden bed before falling to the ground.

Her Physiotherapist slapped her three times; the third time with her cell phone. She left her head hanging upside for 5 minutes. She twisted my daughter’s hands several times; at a point she sat on her hands, at another point she tied her hands behind her head. I watched as my daughter fell from her chair while her neck was stuck in between the space at the vertical back rest and the flat wood used for sitting down. I watched on as this lady typed on her phone 90% of the time only taking some time off to torture my daughter. Did I mention that she took out time to take her selfie? Up to five times.

After we watched the recording, my husband could not control his tears. My heart bled.
My daughter’s Neurologist said we cannot ascertain the level of damage to her brain because we did not bring her immediately it happened. He said an MRI would have been done to ascertain any damage.
I got her arrested.
She said she was sorry
She claimed depression and ill health
I didn’t believe her then, I don’t believe her now.

I had to make a decision, to leave my daughter in the hands of her nannies at home (which may be another source of abuse) and follow through to ensure the physiotherapist was duly punished. (Bearing in mind the justice system in Nigeria) or drop the charges lodged at the police station and allow Medical Rehabilitation Therapists Board at Yaba to handle the matter.

I dropped the police charges. I decided to stay with my traumatized daughter.
I handed the Physiotherapist over to the Registrar at Medical Rehabilitation Therapists Board at Yaba.

Her punishment:
• Three months withdrawal of her practicing license.
• Three months work in a general hospital under supervision without pay
• She was to undergo a psychiatric test
Like seriously? Are you kidding me?
She had been practicing for a year without renewing her license and all you could do was to withdraw her license officially for a mere three months?

She went back to the Registrar at Medical Rehabilitation Therapists to ask for permission to travel to USA to get treatment.

I called to check on the case, and I was told she had travelled for treatment
I was told not to worry as she cannot practice anywhere else in the world without a letter from the board.
Some months later, I was told by a reliable source that she was not taking any major treatments but attending a Masters programme in US.

So she got away with child abuse, assault, battery, in fact attempted murder.
This is only possible in Nigeria right?

I went back to Medical Rehabilitation Center, I was shocked to find out that the case had gone cold.
What stops her from coming back into the country and working with other children?
How many Nigerians ask for practicing license before employing a professional?

I strongly believe that the least the board should have done was to declare her unfit to work with children.
In respect to my daughter, the signs were there: She had been withdrawn for a while in fact she had stop smiling, interacting with anybody in the house or attempting to answer questions in school. I kept asking the care giver that followed her to school about the sudden change. The caregiver said she had no idea. I came up with my own theory and I brushed it aside.

How would I have known that a health worker, someone I trusted with my child could be so cruel? The Physiotherapist had been with us for over two years. I can only imagine….

Well, I pulled my daughter out of school and started her own mini school at home. I let go of my current caregivers for good reasons and got new ones. With care and love, she added weight, came out of her shell and got better. Right now she attends a school three times a week and we are making progress.

Child abuse is real…from the people you least expect. Protect your children.

Behind the Heart with Chiadi Ndu: Someone Has to Do It