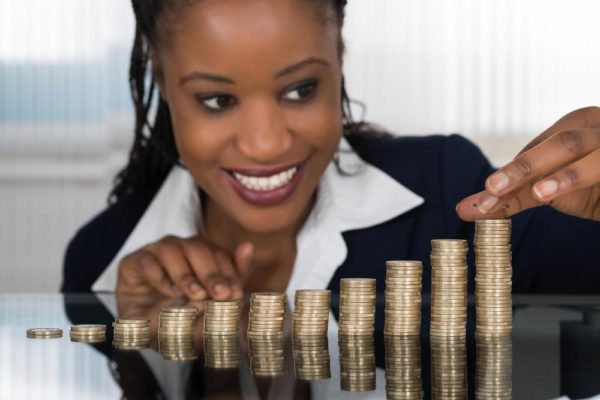 About this time last year, I was relocating back to Nigeria, having been offered a job. The next phase of the recruitment process was negotiating my salary. It was during this process that I realised that being successful at an interview was just as important as negotiating a fair salary for the job you are being offered. This part of the process (i.e. salary negotiation) can somewhat become a tad difficult, especially if you are clueless about the dynamics of the Nigeria labour market.

I say this because at the time, I was coming from a country where you got paid based on the fixed salary structure that was put in the initial job advertisement for the position you have been shortlisted for. In Nigeria, most job opportunities tell you to put in your salary expectations. Hence, you are left in a state of confusion as you try to figure out what to ask for without you being perceived as arrogant, shrewd or unrealistic.

The realisation that Nigerians generally do not like to disclose their salary (even if it is for a similar role in the same organisation or sector) still beats my comprehension. You would ask (in good faith I might add) how much a person makes on the job that you are considering applying for, and people just keep going around in circles or dropping hints and bits of information. They make it look like they are answering your question, but they are vague enough for you to get the drift that you are better off coming up with your own salary expectations.

The default response I got (and still get) when I ask trusted colleagues or friends about the salary for a position, usually leaves me confused rather than confident of what I should be asking for. It is also not helpful to people who are planning to relocate back to the country.

In my quest to understand why Nigerians are particularly dismissive when it comes to disclosing their salary, people I spoke to attributed this behaviour to the reasons below:

Living a Double Standard Life
So, I have been told that keeping one’s mouth shut when it comes to your earnings is the beginning of wisdom in Nigeria – especially if you live a double life. That is if you are a student/professional by day and an aristo/pimp/escort by night.
Such extra-professional activities often come with maintaining a certain lifestyle which could make people easily suspicious when they realise that your pay cheque doesn’t justify your lifestyle.

A status quo thing
I gathered that people would also let you assume they make more than you think, and would live above their means (just to prove this point) in order for them to be seen as a ‘big-class chic/babe’. So, they live in houses they can’t afford, drive cars that are on lease or wear the latest designer clothes… just to cling to this status quo and live in the false affluent world that they have created for themselves.

Fear of being ‘jazzed’
There is a Yoruba proverb that says ‘ti isu eni ba ta, a a dowo bo je ni’. Translation: If one’s yam is well-formed, it should be consumed under wraps. Meaning, sharing your news of prosperity can turn your good fortune to bad luck. I actually didn’t think people still believed this sort of ideology, until a millennial shared with me how she was advised by an older colleague not to tell anyone how much she makes –
as this could make her an easy target for witches and wizards. In light of ongoing events in the country, I think the senior colleague may just be right.

Fear of being perceived as ‘too rich’
Add this perception with the principle of giving, and you sort of becoming the person everyone comes to for help. Not that I am saying you shouldn’t give to a worthy cause or lend a helping hand financially if you have the means to do so. However, bear in mind that you may be called too many times to make more contribution or become the go-to-lender within your family or social network if this perception sticks. It gets harder if you are the type who can’t say ‘No’ and often times, saying ‘No’ may be construed as you being arrogant.

Employees benchmarking salaries
Also why do employers like to benchmark the salary they think you are worth, with where you are coming from? I don’t ‘gerrit’! As a result, people are not too confident to disclose their salary due to the fear that future employers could use it against them. So we do all we can to hype and increase our pay cheque, until we are asked to bring our last payslip (which I personally think is too invasive of my financial privacy).

Have you ever found yourself in this kind of dilemma? What other reasons do you think could be responsible for this tight-lipped behaviour especially among millennials? Please share your experience in the comment section.

BN Prose: The Whole Place Was Getting Messy by Feyisayo Anjorin

Lola Gani-Yusuf is a Child Rights Advocate, Campaigner and a Communication for Development Specialist. She is an avid reader with a curious mind about life. She writes to silence the ramblings in her head. You can find more of her musings on www.chattymind.com Instagram: Chattymind