Yewande Jinadu: 5 Things You Need to Know When Negotiating A New Salary 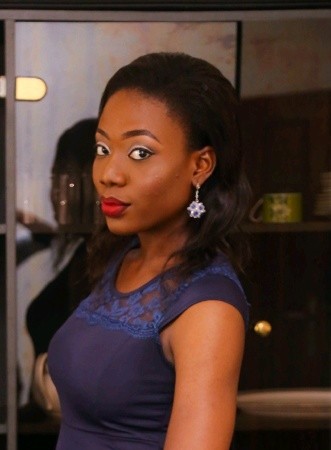 Salary is very important in the life of an employee. In fact, that is the reason why people leave their houses every day to go to work. A lot of people have made mistakes in the area of negotiation, and I can totally relate with it. This is for those thinking of making the next move in their career, but don’t want to later regret their salary due to lack of information.

Know the difference between Net Pay and Gross Pay and ensure you negotiate based on Net pay
Gross pay is the total amount an employer pays to an employee. Gross pay includes the breakdown of what an employee is entitled to, and it is from the gross pay that deductions are made, while net pay, which is also known as take-home pay, is the amount you receive after all the deductions, like tax, pension, etc., have been made. It is preferable to state your salary expectation in terms of net pay because you may not know the basis for which deductions are made in the new company. When you negotiate on net, it ensures that you’re not on the losing end, and the HR will do some calculations before making you an offer, which will be more than what you negotiated. This is to leave room for deductions. E.g., your letter may carry ₦150,000 as pay, but by the time you receive your first alert, you will be getting ₦120,000.

Ask about other benefits that the company offers during negotiation
Some companies have variable pay, based on certain conditions like the performance of the individual or the company. Some benefits may be in kind and not be cash; this should be noted when you want to mentally calculate your pay. What I’m trying to say is that do not reject an offer because it doesn’t really meet your expectation; find out if they have other perks, which can be considered. Also, if you’re coming from a place that has a lot of office perks, don’t take an offer just because it pays higher. E.g. if you’re coming from a place that pays for membership of professional bodies as well as subscriptions, car, performance bonus, higher HMO package, etc.

It’s best you put a cost to the benefits you were enjoying before, and ask if it exists or it would be more, then weigh your options.

Do your own research
You may think you have gotten a good offer, but when you get in, you may eventually get disgruntled when you realise that your colleagues who have the same job description with you earn far above what you accepted. Jobberman, Payscale and Glassdoor will help give you insights on relevant data. If you can make calls to people in the industry who will have an idea of the range, it would be helpful (not necessarily the exact figure, though). Some people on Nairaland sometimes disclose pay for some role, so please dig well.

Negotiate based on what works best for you
I’ve realized that different things matter to different people at various points in their lives. This guides their decision to take an offer or reject it. E.g., I have a friend that a premium HMO is what mattered most to him (at that point in his life) because his wife needed it. To someone else, he was stupid for taking that pay, but he negotiated an HMO package that saved him millions for the birth of his child. For some people, proximity is more important, for some it’s staff bus and canteen. Whatever your own case may be, identify it and negotiate with that.

Don’t be pressured unnecessarily. Negotiate with confidence, because you know the value you will be contributing to the organisation. Don’t be scared to have that conversation when it’s time.

I sincerely wish you the best in your career. Don’t forget to join our next Twitter Mentoring Session on the 22nd of June by 2pm by following @careerlifeng on Twitter.

Adebimpe Alafe: You Life Will Be Different But Amazing

#SudanMassacre: 40 Bodies Found in Nile, and Many More in Need of Medical Care

Yewande Jinadu is the Founder of CareerLife (careerlife.com.ng) and also the Head, People and Culture of a leading tech firm. She has been recognised both globally and locally as an HR Leader and Career Influencer. With CareerLife Foundation, she helps young professionals achieve measurable success in their career. With CareerLife Consulting Services, she partners with businesses to deliver value through its people by providing HR Services (Recruitment, Training etc). She can be reached via [email protected] or @careerlifeng on Twitter and Instagram