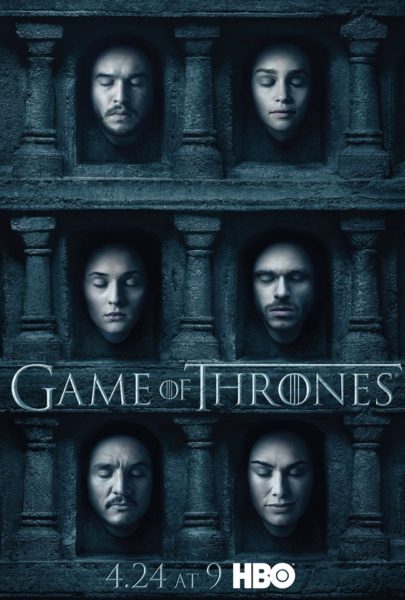 Warning: The following contains spoilers for the first and second episode of Game of Thrones’ seventh season.

The long awaited season 7 of HBO’s Game of Thrones finally started airing two weeks ago, and there has been nothing disappointing about the first two episodes we have seen. In fact, the end of ‘Stormborn’, the second episode, was quite a rude awakening for Dany’s (Daenerys Targaryen) lovers as we witnessed Euron Greyjoy attack Yara Greyjoy’s fleet, take Ellaria Sand, Yara, and one of the Sand Snakes captive, killing countless others in the process… a clear sign that Daenerys’ strategic strike isn’t going to unfold in as divine and uncomplicated a fashion as most viewers believed.

While so much has happened in the first two episodes already aired, there are still speculations and burning questions viewers are hoping will be answered by the end of the season:

Will Euron Greyjoy bring the end Of Jaime and Cersei?
Despite the disgusting nature of Jaime and Cersei Lannister’s love affair, it is one that has remained constant since the start of the show. With the introduction of Euron Greyjoy – certainly the new psychopath replacing Ramsay in the show, his obsession with Cersei and determination to win her as wife (ergo him capturing Ellaria Sand who poisoned Cersei’s daughter Myrcella Lannister in revenge as a gift for Cersei), as well as Cersei’s realization that he may be beneficial as an ally in her desperate quest to rule the Iron Throne, is there a chance that Cersei will dump Jamie and foil their love? Would Euron maybe shoot an arrow in Jaime, while he is in the loo just like his brother Tyrion did to their father and erase the only competition in winning over Cersei’s hand in marriage? Or will Jaime concede amicably to a marriage between Euron and Cersei, move on and leave the Lannister legacy behind, since all their children are dead anyway?

Will there be any romance between Jon Snow and Daenerys Stormborn?
Admit it or not, Jon Snow and Daenerys Stormborn are the two of the most loved characters in the show; and as expected, a number of viewers have graduated a bit from wondering if they will be allies, to fantasizing over a love alliance between the two. In the teaser for Episode 3, we see Jon Snow finally arrive at Drangonstone and ushered in to meet Daenrys; but how will the meeting pan out, really? There is the chance that Jon snow will refuse to “bend the knee” despite being outnumbered and surrounded by lurking dragons – as he is indeed a proud man who has learned much from many great leaders. Will this perhaps lead to them starting off as almost-enemies?

If Jon Snow does “bend the knee”, will that not only put him at her service, to do her bidding? Also creating an avenue for them to be more than just friends-out-of-desperation? As per romance, Jon Snow’s secret dad (according to what was revealed in the last season) was Daenerys’ older brother Rhaegar, and his mum was Lyanna Stark, sister to Ned. This makes Jon snow her nephew… doesn’t it? But then again, with Jaime and Cersei still going strong, it wouldn’t be something unheard of in Game of Thrones.

Who is Azor Ahai that was Promised?
All through the show, we have been left wondering who Azor Ahai – the hero, according to the legend, who put a stop to the Long Night and is destined to be reborn and save the world once more- is. The favour has been on Jon Snow (considering he was brought back to life) but with Melisandrei’s clarification in the last episode aired, where she pointed out a translation error has kept everyone from recognising that the term “Azor Ahai” could mean “prince” or “princess.,” we are made to believe that Daenerys, although female and a queen, could also be “the chosen one” after all. But then, knowing Game of Thrones, what are the odds that the Azor Ahai would be someone as obvious as Daenerys?

Will Jon be the one to kill The Night’s King?
Jon Snow may have won a lot of fights, but we haven’t seen him fight anything as powerful as the Night’s King. Yes, we have seen Jon kill a couple of White Walkers, an act which was observed by the dreadful Night’s King, but believe it or not, it will take more than than dragon glass weaponry and Valyrian steel swords to kill this Night’s King.

The villain is faster, quicker and stronger than the other walkers; unlike the others, he can raise the dead as wights and can brand people, so that he can find them any place and any time. Does Jon Snow have a chance at winning this war really? Even with Danaerys and her three dragons on his side to easily fly over and spit fire at the wights…what if the Night’s King is able to kill one and reincarnate it as an ice dragon playing field for his side?

Where is Gendry and what is his role in all of this?
It is amazing how Gendry, the only survivor of the Baratheon bloodline (actually a legitimate claim to the throne, which his father, Robert, took from the Taragryens) has not be shown in the last 3 seasons… despite how relevant his character should be to the show.

The last time he was seen was him rowing away from Dragonstone towards King’s Landing, after he was secretly freed by Davos, Stannis’ right-hand man. Why is he has he been curved? Wouldn’t it be great if he reconnects with Arya, they go to King’s Landing, and put an end to Cersei (who was a key player in both the death if Eddard Stark and the purge of Gendry’s fellow bastard siblings? ) It would be too easy a death for Cersei, wouldn’t it?

BONUS: How will Cersei die?
Yes, we all felt a thing of pity for her when she was made to take the walk of atonement (shame) from the Great Sept of Baelor to the Red Keep, but that was because we were all so irritated by the horrible reign of the High Sparrow and we were hoping she would be the one to put an end to it… because believe it or not, Cersei always gets her revenge. However, her resorting to using a bomb by wildfire to kill her enemies at her hearing, wiping out the Tyrells including Tommen’s wife, Margaery, reminded us why we loathe her in the first place and can’t wait to witness her inevitable death.

It is not about GOT turning its viewers into blood thirsty mongers, it’s more about us wanting to see Cersei pay for all her wrongs. One thing that is clear in this season is that, she is hopelessly outmatched… even with the creepy non-Maester and Euron by her side. Will she killed by Arya, conquered and burnt alive by one of Daenrys’ dragons or will she die by the hands of Jamie her one true love? Whatever happens, it has to be a very painful death… something ‘sweeter’ than Ramsay’s… it wouldn’t be GOT if it isn’t…

Can you think of other questions you want answered? Do you have any possible answers to the questions above? Share your thoughts…

Tobi Atte: An Open Letter to Concerned Family and Friends Who Pressure Single People into Marriage