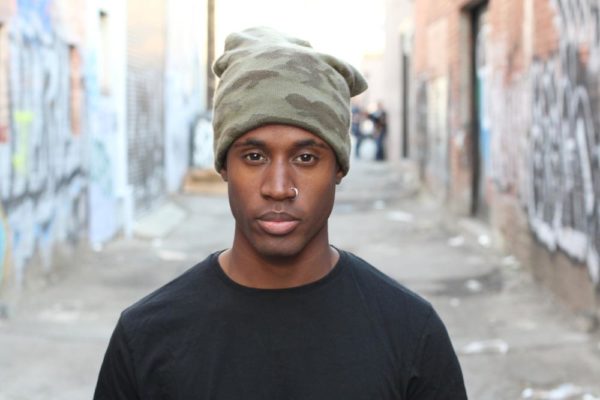 Ask the man who sits at home day after day, with no where to go, application after application submitted, uncle after uncle visited, promises after promises made, yet none fulfilled. Ask the man how he feels, knowing that the next day is going to be just like the previous. No hope! No hope! Ask him how he feels. Then tell me you understand frustration.

You want to understand frustration?  Ask that young lady who struggles to send her younger ones to school. Who has deprived herself of a meaningful relationship because she decides all her time to them. Ask her about hard work, about tears. Then ask her how she felt when the last daughter, the youngest child came home with a new addition to the family in her womb. Yes!  ask her…

You want to know?  You think you have it worse off?  Ask that sickle cell patient in your class. Yes, go ahead, ask him!  How he reads, how easy he finds being in constant medication, the bills,  the weakness, the pain. Go ahead!  I say,  ask him! Let him tell you about frustration and depression of the highest kind. One he never caused himself, but is a victim of!

Why not approach that woman who works as a cleaner at your place of work. Ask her how she manages to feed and cater for four kids after her husband ran off with her best friend. Ask her how it feels to slave to pay bills, fees, buy clothes and pay the rent. When you talk about your frustration, please hear her story. Ask her how she felt when her salary was cut. Just ask her!

Ask that marketer who has struggled so hard to get clients; who knows that his pay depends on how many he can get. Ask him how it feels walking under the hot sun, with tightly knotted ties and unduly tight suits. Ask him how he feels when he still doesn’t get that client he pursued for so long. Ask him what he plans to say at the monthly meeting when he has to give account. Ask him what he plans to live on. Just ask him and he will tell you a whole lot about frustration.

That lady! Yes, that lady. You know, that lady that lives down your street. Yes, ask her, ask her how she felt when he told her he would have to get married to a white lady in Canada after years of waiting for him to return home and marry her. Ask her what she feels when she sees the mocking stares and pitiful looks. Ask her how she feels when her mother compares her to someone else, or when her sister brings home a Beau. You talk about frustration?

Ask the woman who has sought for a child for years. And her how she bears the insults of all around her. Ask her how she felt when her mother-in-law said she had aborted all her babies, even when she had married a virgin. Ask her; ask her how she feels when she attends child naming after child naming. Ask her to define frustration. Just ask her!

Ask the aspiring actor what he went through to feature in that soap opera. Ask him how he grovelled, how he begged, ran errands just to be helped. Ask him the part he eventually got in the opera. Just ask him! He will tell you…

Ask your mother how she feels when she finds the handkerchief soiled with a strange woman’s lipstick again. Ask her how she cries in the secret of her room. Ask her how painful the slap your father gave her felt when she questioned him about it. Ask her! Just ask her to tell you about the frustrations of living in a joyless marriage.

Take a look at that young man! See his hungry eyes following the every move of the gala seller. He wants just one, he doesn’t even care about the cold Pepsi being sold around him. Just one gala! There’s a problem though. All he has on him is the two hundred and fifty Naira fare that would take him home. Not home exactly! Near home. He doesn’t have the hundred Naira bike fare, so he would have to trek the rest of the way home. Just one gala, he wants. Ask him about frustration.

Let Chinwe tell you how her husband looks at her. Let her tell you the pain she goes through during sex, the pain of insensitivity she suffers at the hands of her husband. Let her tell you how she felt when she was raped at nine. She has a lot to say. Ask her and she will spill! Ask her husband how he feels knowing that anytime he touches his wife, she sees the face of the man who violated her. Ask him how sad he feels each time she cringes at his touch. Ask him to tell you!

Sade understands it too. After all, isn’t she studying political science against her wish? Her father wanted that for her, not the Theatre Arts she had chosen. Ask her how she feels when the Theatre Arts students pass by her, or when they have a stage play. Ask her to explain the feeling of loss. Just ask her. I’m sure she will tell you about frustration.

Ask the Inspector of Police who has to report to the lazy commissioner why the latest group of robbers haven’t been caught. Ask him to tell you how he quakes in fear when he’s about to be ushered into the commissioner’s office. Ask him how his rehearsed speech flies out of his head immediately his “God” looks him straight in the eyes. Ask him to tell you a bit about frustration.

Oh please, ask that elderly woman who never misses a service in church. That woman who took loan upon loan to give her kids good education after their father died. Ask her how she felt when they told her that in two months, they would be moving her into an old people’s home. Ask her!

Ask that man whose boss has run away, flown out of the country leaving his personal assistant to deal with the barrage of questions from the staff. ” when will we be paid? When is Oga coming back?” Ask him! Ask him what frustration feels like.

Better still, pay a visit to that young lady who has lost her self esteem; that lady who thinks nothing about her is good. “I cannot sing, cannot dance, my bum is flat, my hair is lifeless, I feel useless” has become her mantra. Ask her how it feels when her innermind tells her that she will always be second best and she believes it. Ask her about the great feeling of envy she feels when a lady with a perfect butt passes by her. Ask her how it feels to constantly be in a battle with herself. Ask her, just ask her!

Then ask that young boy who assists his mother late into the night selling “Akara” and “dundun” at the bus stop. Ask him how it feels being made fun of by his classmates when he dozes of in class, his head rolling to one side, eyes tightly shut. Ask him if peeling beans and yam have become hobbies for him. Ask him if he doesn’t worry about college and how the fees will be paid. Ask him his story!

Don’t we all have one frustration after another? Don’t we all want beautiful and perfect lives?  People, you need to understand that someone out there sees you and yours as a miracle, as a blessing!  Someone somewhere has not lost faith because of you. If only you can SEE!  Don’t let your frustration get the best of you! Whenever you feel let down and weary, learn to talk to God. You can talk to a VERY reasonable friend also, for isn’t it said that “No man is an island?” Find a support system.

Every one has a story! No matter what yours is, keep the HOPE alive.