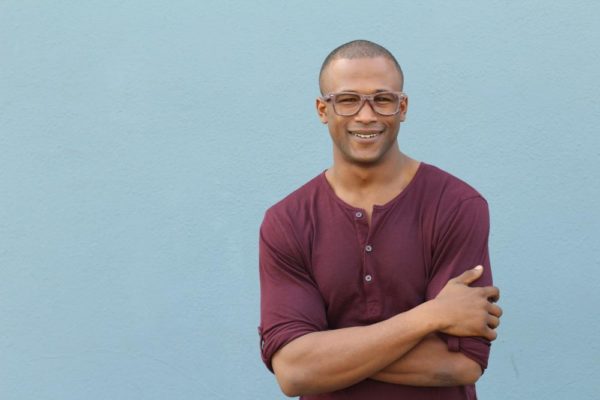 There is a saying that, just as our palmar flexion creases are different, so are we all different from each other. Different faces, backgrounds, experiences, mindsets, beliefs and voices. No two people are the same. Globalisation and civilisation has tried to bridge the gap between our differences. What used to be unique and special to an individual or a certain group of people, has now assumed a status of global awareness and in some instances, global acceptance. Foreign cultures, ideas and beliefs are now being shared across the world and some have slowly seeped into the consciousness of the locals. It is no longer an “Us vs. Them” situation.

The world is now a global village. We all now have common knowledge, understanding and acceptance about certain things. Concepts which were once foreign and strange, are no longer so. Concepts like democracy, artificial baby womb, climate change, surrogacy, feminism, LGBT (Lesbian, Gay, Bisexual and Transgender)…

The last two mentioned concepts – feminism and LGBT – are current topical issues, especially in Nigeria. We, as a people, have not completely accepted them as a way of life. I think they will continue to occupy the debates fora for a very long time.

And this is where your voice is important.

I have my opinion on each of the topics and I have written several articles on them, especially modern day feminism and homosexuality (I know LGBT is a larger “family”). As for feminism, I have nothing against equality between the sexes. I have constantly expressed my views on the original tenets of the concept and the modern day adaptation and actualisation of same. I have called for more robust movements like humanism and equalism etc. I do not attempt to recap all my thoughts on the topic here, but if I must highlight why concepts like humanism and equalism should be better considered and why modern day feminism is faulty, just take a look at modern trends in the human sexuality.

We no longer have just male and female genders anymore. We now have cisgenders, transgenders, neuter-genders, non-binary genders and other non-traditional genders in the world. If feminism is a concept that promotes equality amongst men and women, whither lays the fate of, and equality for the other genders? And by the way, what the (insert explicit word here) is a cisgender, neuter-gender and non-binary gender? At what point will modern day civilisation draw the line?

This is why your voice is important. Let the world know where you stand.

I know it is becoming increasingly difficult to pitch your tent with one camp when faced with strong topics like the foregoing. But you have to, for the sanity and advancement of humanity. We need these conversations. Once upon a time, colonialism was legitimate until people started speaking out. And it was abolished. In the same vein, once upon a time, people tried to sabotage and belittle the woman and her role in the society until feminism emerged and spoke. Today, feminism has attained global acceptance, liberated the society in general and the women folk in particular and has even fostered other discussions like humanism and equalism.

Talking about having a strong voice, I have never been a supporter of homosexuality – the aspect where two people of same gender make love and have sexual intercourse. But it seems everywhere I turn to, the world is trying to shove it down my throat to accept it as normal. Almost every movie or series on TV nowadays has a homosexual love story in it. Some go as far as broadcasting the make out session. Today, the angle of homosexuality which is been packaged and sold is “love conquers all”… “let people love who they want to love”.

You can hardly fault that. Love is actually a beautiful thing and you cannot blame anyone for falling in love. For even God Himself, so loved the world that He gave His only begotten son…

But no matter how beautiful the story of homosexuality is portrayed, I will never condone or accept as normal, the act of two same gender people having sex. But guess what again? The fact that, I do not condone the sexual act itself, does not translate to me wishing death, hurt or hate on a homosexual. No, no, no. Homosexuals are humans with flesh and blood like you and I. They were created by the same God that created you and I. If they choose to do what I consider as gross, that is my cup of tea, as much as it is theirs. It would not stop me from treating them any less of a human. What I do not condone is the attempt to make me accept the sexual act itself as normal. My life experiences and upbringing have wired me to believe the act is not normal. The only type of love-making I have been exposed to, is the one between a man and a woman. My voice is important too.

I can love, treat and relate with homosexuals as fellow humans without necessarily condoning or accepting their type of sexual activity. We should be able to condemn those who want to see homosexuals dead or hurt. Let them understand it is not their duty to take the life of another just because they disagree with their manner of love-making. We should also speak with homosexuals. Make them understand it is not okay for them to want to force their sexual preferences/choices on another.

This is the essence of conversations. There are several other topics engulfing the world right now. Topics like artificial baby wombs, capital punishment, right of self determination etc. Do not be silent. Participate in these conversations. Help shape the world. Be civil in your contribution. And most importantly, do not betray your voice in a world that is constantly trying to drown you. Be heard.

Webcoupers: Bootstrapping! Starting a Business With Little or No Capital

Abisola Owokoniran: Is Lagos Under Water?