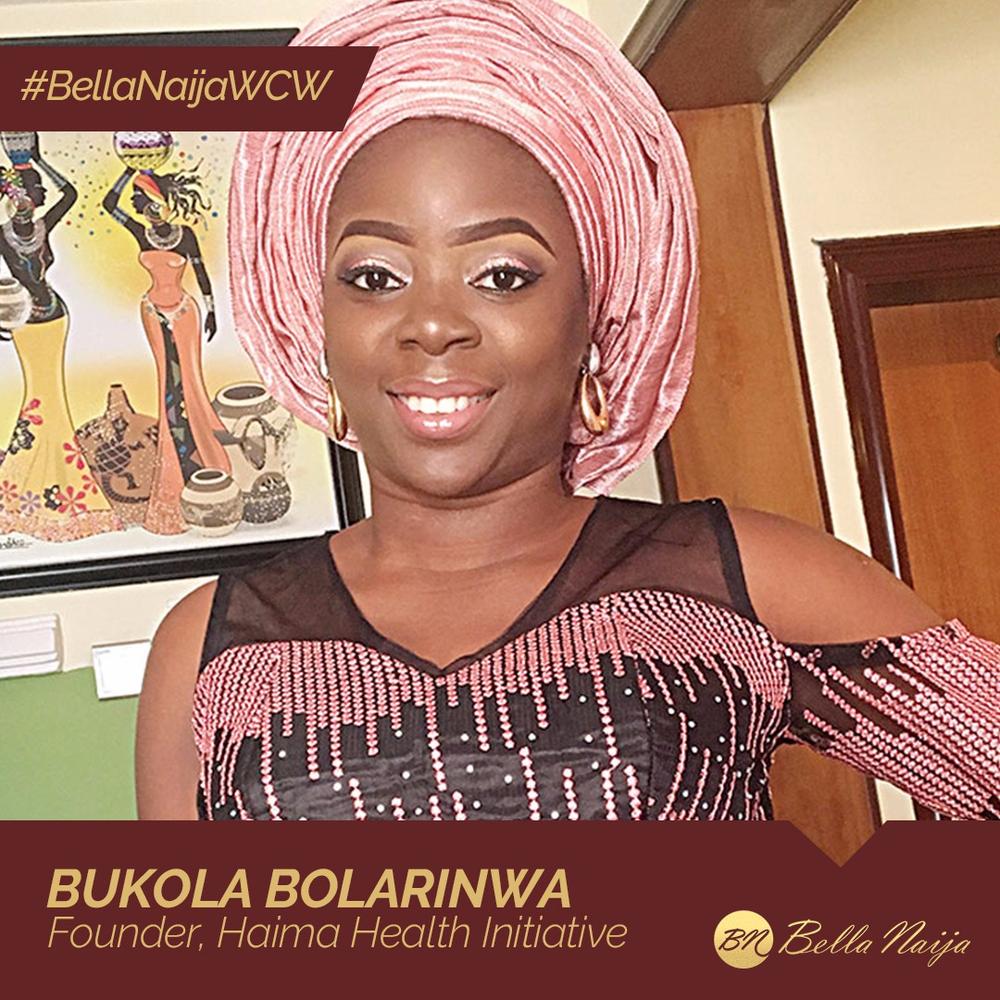 Our personal struggles/challenges are enough to make us focus only on helping ourselves and our immediate family, but our #BellaNaijaWCW today Bukola Bolarinwa is defying that and focusing on lending a helping hand to others.

Bukola, who was born with Sickle Cell Disease (SCD) is the president of Sickle Cell Aid Foundation (SCAF). She joined in 2011 at the Nigerian Law School in Bwari where it was set up by her friend, Nkechi Azinge.

They both wanted to create greater awareness and support for people living with the disease, and they were doing that until Bukola noticed, from some of their beneficiaries, the chronic shortage of blood faced by people with the disease.

Bukola, who has a strong support system (family and healthcare providers) realised that it is not the case for so many others and she decided to help.

“Most hospitals do not have adequate blood in stock, or they require a replacement for the one they use. In addition they charge exorbitantly for each pint,” she said in an interview with BellaNaija.

From people’s belief that their blood will be sold or used for diabolic purposes, to fear of getting an infection and to people expecting to get paid for donating blood, Bukola was faced with the challenge of people’s negative perception about blood donation.

She began a monthly campaign drive in partnership with the National Blood Transfusion Service to try to ensure a regular supply of donated blood, and to help combat cultural fears about giving blood.

In 2015, Haima Health Initiative became official, as she set up an online blood donation register which asks young people to register to donate blood in emergency situations. During its first year, the register gained more than 1,000 prospective donors and, through the use of social media and text messaging, linked over 500 donors with patients in urgent need of blood.

Bukola, who put her law practice on hold to follow this passion, is currently working to recruit 5,000 people as registered blood donors by December 2017.

Bukola’s goal is to increase the number of voluntary blood donors to 1% of the population and create a culture of donation devoid of superstition especially among young persons.

Recognising the importance of creating awareness from an early age, Bukola and her team published the SCD school handbook, a fun activity book for teenagers. She is working to get it incorporated into secondary schools across the country.

She was honoured with an award from Queen Elizabeth II of England in the 2017 Queen’s Young Leaders Award program.