“Adaraloye advised that the genotype talk should be one of the earliest discussions for young people in relationships. No one should wait until their relationship is well underway before revealing each other’s genotypes or taking the blood test to confirm their genotypes.” Sickle Cell Disease is a challenge faced by many Nigerian families. It is a genetic blood disorder characterized by sickle-shaped red blood cells. The affected sickle blood cells die much earlier than normal blood cells, causing a constant blood shortage in the carrier. The sickle shape of the cells also results in them getting stuck and obstructing blood flow, causing intense pain, sometimes stroke, and acute chest syndrome.
Sickle Cell Disease is most common in Africa, with Nigeria having the highest prevalence in Sub-Saharan Africa.

Over the past few years, Non-Governmental Organizations, Civil Societies, and Governments have tried to increase awareness of sickle cell disease. As a result, the average Nigerian has heard about or knows a little about Sickle Cell Disease. Despite the awareness efforts by these organizations about Sickle Cell Disease, a chunk of the population are still sadly in the dark when it comes to knowledge of the disease.

A leading cause of Sickle Cell Disease in Nigeria is ignorance. Older generations largely struggle with knowing and understanding what their Blood Groups or Genotypes represent. 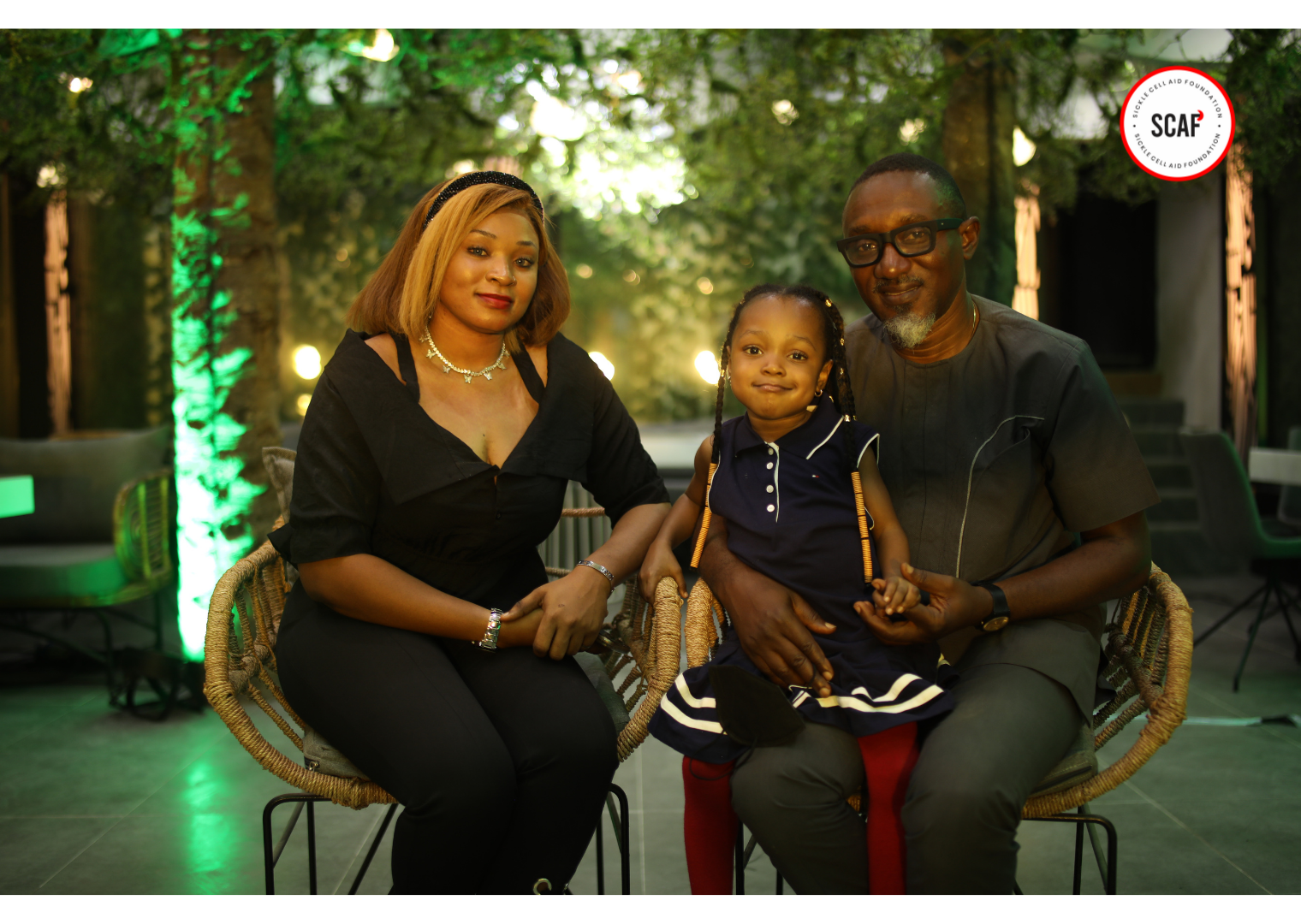 An interview conducted by the Sickle Cell Aid Foundation (SCAF) on three families living with Sickle Cell Disease, highlighted Mrs. A, the parent of a Warrior, whose mother disclosed to her that her genotype was AA. She did not do a confirmatory blood test. She was five months into her first pregnancy before a routine blood test during her ante-natal visit confirmed that her genotype was AS and not AA.

The lack of facilities for newborn screening in Nigerian hospitals is yet another factor. The sickle cell trait is not often discovered in a child until he falls sick. Superstitious and traditional beliefs often come to bear in such situations.

Mohammed noticed that her infant son was sickly, unable to eat, and unable to sleep. Conclusions from these abnormal conditions provided an excessive consumption of bananas as the culprit. It later turns out that a visit to the hospital and some blood tests revealed that the child was a carrier of sickle cell disease. Unfortunately, most other parents would have gone ahead to treat the child with traditional infusions and concoctions, further making the child worse.

Worst-case scenario, when such a child dies, there is a label of an Abiku or an Ogbanje attached. Primary health care centers in the geopolitical zones have been equipped with machines for prenatal screening but, findings suggest that certain factors especially power shortage have made it impossible to utilize.

Managing sickle cell disease is a time-consuming and expensive venture. Unfortunately, most people living with the disease cannot afford to pay for medications, treatments, and blood transfusions when necessary.
Chukwuemeka, who married a warrior, encouraged people living with Sickle Cell Disease to open up about their conditions, and not hide it from their spouses. According to her, his honesty led to her falling in love with him and marrying him.

Adaraloye advised that genotype talk should be one of the earliest topics of discussion for young people in relationships. No one should wait until the relationship is well underway before revealing each other’s genotypes or taking the blood test to confirm their genotypes.

While there are medical ways to combat the disease, he advised that those methods are not without their attendant risks and are not worth the pain associated with the disease. Raising a warrior child has been a difficult task, but with cooperation and understanding in the family, they have been able to manage it.

Mohammed had something similar to say. Two intending couples with the AS genotype have no business getting married. In his words, “there is nothing like love, forget about love”.

Sickle cell disease does not appear to be going anywhere soon as more children are born with the disease. Without conscious efforts by individuals and the government to reduce and eventually eradicate the disease, new cases will only continue to rise. The onus is on individuals to know and ascertain their genotypes before marriage. It is the responsibility of every parent to ensure that they do not birth new sickle cell warriors.

Civil societies also need to keep up and raise their levels of awareness on the disease; citizens need to be enlightened on the pain and suffering that sickle cell warriors face. The bulk of the work falls on governments at all levels to properly equip medical centers and hospitals to make them adequate for the early detection and subsequent treatment of the disease.

Sponsorship of further research into treatment methods for the disease should be a priority for the government. While the only known cure for the disease is bone marrow transplants, other palliative treatments should be available at little or no cost to warriors.

You Don’t Want to Miss Out on This #WithChude Valentine’s Day Special!