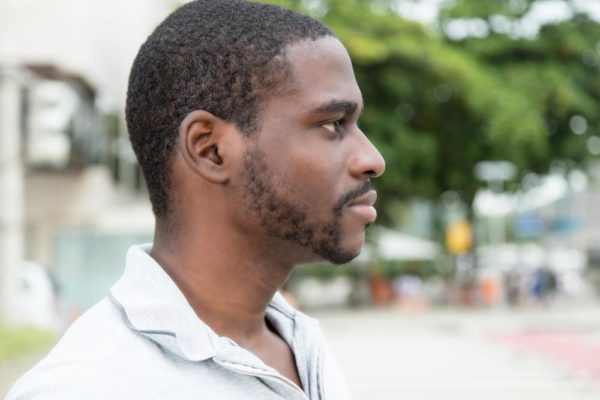 Let me tell you about Amaka, so that you can know about Surulere.

Amaka was once like my best friend ever, a kind you would call a soul mate. During our NYSC service year it would seem we were going everywhere together. Now, three years from that beginning she is only like a sister to me, even though I have tried at some point to convince her to be my wife.

It shouldn’t be hard for friends to become lovers, isn’t it? But women have their strange ways.

Thing is: Amaka is one of those church girls who would want you to say something like the Lord says you are my wife, or I sense it in my spirit that we should get married. So what should I have done if it was simply old-fashioned love that made me want to spend the rest of my life with her? Should I say it is the Lord?

Papa would say don’t tell a sister that the Lord says you should marry her, because the Lord does not choose for man. A man should choose based on facts. I attended Papa’s church all through my varsity years; but when I started attending Pastor Onyeachonam’s church during my service year, he would talk about the Lord’s command to him that he should marry his wife.

Patience is a good thing; even the devil knows that. That is why the evil genius sets his traps, strategically places his baits, and waits for years to watch his target’s tears.

Suru lere: two different Yoruba words, united for the ease of calling; patience is rewarding. Everything has its rewards, isn’t it? Could we say that the language avoided the obvious? Wouldn’t it have been better if one translates it as patience has good rewards? Because that would make you certain of your lot as an impatient fellow.

I was born in a town with a name that has something to do with the snapping of beads, but you could call the name of my town without even realising the connection with damaged beads. In Surulere, the name speaks to you like an elder; even with your ears filled with the sounds of vehicular traffic and the noise of generators, even if your brain is overwhelmed with dreams of a house in the overprized areas of the Island. You could work like a slave and still eat your pitiful meals with rosy dreams in your head. Where do you live? Surulere!

In exactly two weeks from now, I would be asked if I would take Adebukola Ajoke Modele as my lawfully wedded wife, to have and to hold, blah blah blah.

If you are an addict you would know what it feels to be me. You know without a doubt this thing is bad for you, you just can’t let it go.

I was at Pastor Onyeachonam’s office yesterday in my search for someone to toss the weight of responsibility on; I mean someone that would give me the needed push and back it with the words of God.

“Have you two being sexually involved?” he asked.

“No.” I shook my head as if he had asked if Barak Obama was from Ogbomoso. Me and Bukky Modele in bed?

“Because there’s something about premarital sex that diminishes the value of a once-treasured woman and shifts a man’s focus to the other women out there.”

“We are not sexually involved sir.”

“You have to make up your mind young man.” He continued. “Marriage is a serious matter; what I see is a sudden reluctance on your part, because you think Bukky is no longer suitable.”

“I just want to be very sure before I commit myself.”

The pastor smiled and bit his lower lip. “You’ve already committed yourself. Were you not sure before? All this while?”

And now my fiancée has thrown her shoes at me on two different occasions while telling me to get the fuck out of her house. Once she had snatched my phone from me as she drove on 3rd Mainland Bridge and threw it in the water because she has heard the female producer’s voice – the producer was giving me a detailed analysis on a script I was to work on. And Bukky’s house? She lives in Lekki, works with a private hospital and earns half a million monthly while I’m still leaving for auditions from my one-room in Surulere with Nollywood dreams in my head.

So why shouldn’t I bother about Bukky’s harshness? Have you ever heard about those women who would be slapped by their fiancé during courtship and would help the abusive man with excuses for his behaviour? It’s not his fault, I’m a very bad girl, they would say. I shouldn’t have talked to him that way, he’s actually nice. He has only slapped me once. Just once. Isn’t that familiar?

They’ve gone too far, they cannot go back, what would people say? I know how they feel. The problem with love and life is the overdependence on feelings.

“Look,” Pastor Onyeachonam continued when it seemed I had no input except a pitiful look. “Marriage is also about faith. Even if angels had announced that you should marry her, do you think that would sustain you permanently?”

“That would save me from thinking I’ve made a wrong choice.”

“No it wouldn’t. Kayode, if you look at John the Baptist, he was the one who said behold the lamb of God, he was also the one who later said to Jesus are you the one to come or should we wait for someone else? It is human to doubt. But the fight of faith is a daily fight.”

***
Amaka was waiting – seated, her hand busy on her I-pad – when I got to Chicken Republic. I had it in mind to hug her but we ended up shaking hands; she glanced at her watch as if my time starts now. She worked in a bank next door; she had told me of her break, a thirty-minute midday break once a week.

I didn’t believe her. “Really?”

“Slowly but surely, we are getting there.” I said with a sigh.

It was painful for me. There was no use pretending.

The words seemed to jump out of me: “Amaka, why did you say no to me?”

She placed her elbows on the table. “Kay, why are you talking like this? You will be married in a few days.”

“Kay, it doesn’t matter. Bukky is a very beautiful woman, you should be grateful for her.”

She folded her arms, looked thoughtfully while I waited like a promiscuous man waiting for the result of a HIV test. “I didn’t say no to you.” she said. “I wanted you to fight for me.”

“Take it easy Kay, what’s with the attittude?”

“With all the time we shared, all the things I did for you, you wanted me to fight for you?”

I must have raised my voice, because a girl who had been eating alone on a nearby table looked back, smiled and said to Amaka: “Ndidi, how are you?”

“No. I’m now with LBS.” she said, waved with a toothy smile, and faced her food.

I cleared my throat. “You are also Ndidi?”

“Wow! I never knew that. I just thought you are simply Amaka. What does the fullness mean?”

“Patience is a good thing.”