Cisi Eze: Have We Internalised Racism? 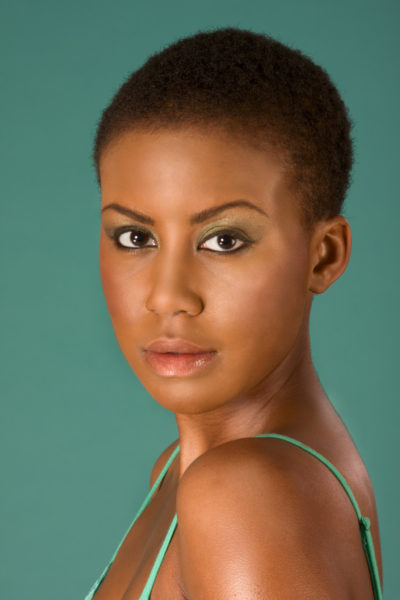 Scenario One
You saw the advert on social media: “Receptionist needed. Must speak fluently, be light-skinned…”
Before you could stop yourself, you stretched your arm forward and scrutinised your chocolate skin under your gaze. Resignation made you sigh. This was not the first time you had seen a job vacancy alert with that clause. The last time you had gone for a movie audition, one of the guys there had told you some producers preferred light-skinned people because “they looked good on camera”. When doubt silenced you, he asked you to start taking note of television newscasters and presenters. He reminded you video vixens were mostly light-skinned. How often did dark-skinned women succeed in being the face of certain brands?

Your mind went to that day in secondary school someone told you, “You are pretty for someone that is dark. Imagine how you would look if you were light-skinned…”

Three months ago, you met up with one of your girls and she was glowing. She was literally glowing; not one spot on her face. Was it the foundation? Was it the concealer? It dawned on you her glow came from a bottle and you prodded her to tell you which bottle. Eventually, she told you, and you got her contact.

The darkness of your skin faded, as the weeks faded into each other. You were glowing like your friend. Emboldened with a new confidence, you gave a shot at another audition. Great news! You got the role. But would you have gotten the role if you still had dark-skin?

Beneath the bliss you felt for getting that job, a cloud of self-loathe hovered above you. To make yourself feel better, you reminded yourself of other people that had stripped themselves of their dark skins. It was not your fault. Maybe it was. After all, there were dark-skinned actors out there. You did what you did out of desperation. You were comfortable in your skin, but strong voices had said you would be beautiful if only you were light-skinned. You caved in, gave in. You listened. The same way you listened to other messages they had thrust in your face.

Scenario Two
Because you felt relaxers were damaging your hair, you decided to go natural. It is not as if you used the cheap ones; no, you bought those ones that come with anti-breakage creams and other creams. Six months of not relaxing your hair was a miracle – your edges were growing out. Your hairline was a beauty, and your love for it made you loathe relaxers. “I’m transitioning,” you told yourself. You even told your friends, and some were supportive. Others were bothered you would not be able to comb your hair.

One thing led to another and you found yourself in a Facebook group for natural hair. In this group, other women shared stories of their hair journey. Some gave tips for the perfect afro puff. You tried these things and you were impressed at the wonders wrought by the easy hair-care regimens. You still went to the salon to fix hair extensions and weaves. You also invested in wigs. As time went on, you decided your hair had grown enough, and there was no need to bury it in weaves and extensions; hence, you let out your afro.

Three weeks later, as you were feeling super fly with your three-inch afro, which framed your face like a halo, a colleague asked, “Babe, what are you going to do with your hair? Are you not going to fix?”

You were dazed. Perfection does not need fixing. What was this person talking about? What were you ought to do with your natural hair? A Caucasian woman, with her natural hair, did not get this question the times she wore her natural hair down.

“Your hair looks shabby like this. Abi you are broke and can’t fix?” The colleague went on. You were insulted and, if you were to be honest, hurt.

You went to the restroom, and looked at the curls on your head. You leaned in to the mirror to look at how they seemed to coil and tangle into each other. You sighed and asked the woman staring at you in the mirror, “What is wrong with my hair?”

Subsequently, someone whose opinion is not even relevant to you offered, “I preferred you when you use to fix your hair. Your hair is looking kinda rough. It is wrong to look irresponsible in a corporate setting.” At night, you asked yourself how your hair in its natural form was irresponsible.

You kept hearing those messages, and then, in a bid to fit, you ran along to get that relaxer kit you had sworn off. In an act of self-betrayal, you slathered relaxer on your hair. You combed out your hair with the relaxer, and in the process, you straightened out the strands of your hair. Something about rinsing it out felt as though you were washing out your essence – that thing that made you feel like you.

The next week, that colleague said, “Babe, see as you fine! I love your slick hair. It is now even longer and finer.”

You still wonder, “How is my natural hair ugly, shabby?” People complained it was unkempt, irresponsible, and made you look broke. But you were not complaining. Why were they so bothered. How did your natural hair offend them?

We live in a Black-dominated country; why do we have to feel our blackness? Why do we not see Black skin and Black natural hair as beautiful? Have we internalised racism?

P.S. Some of us even have British and American accents after spending two seconds in China or India. We meet foreigners and try to imitate their accents during ephemeral conversations. Have we really internalised racism?

Gigi George: Planning for the Next Academic Year? Here are 6 Practical Tips for Success