#LiterallyWhatsHot Review: The Blessings and Curse of Being a Bridesmaid 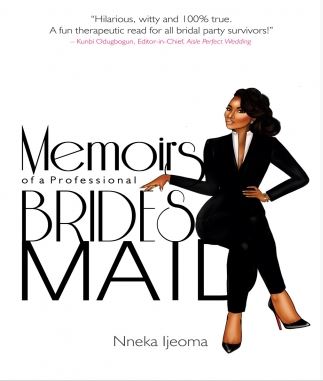 Weddings are beautiful, and that goes without saying. From the tower-shaped cakes to the colourful decors, then the reception Jollof rice and the confetti which lays out all the love in the air, it’s easy to see why everyone scrambles for invites to the big day. For the perennial mogbo moyas, these are enough reasons to put in extra effort into searching out wedding venues to sneak into. The levels of happiness vary, of course, from ecstatic brides to reluctant mothers-in-law to elated brides’ fathers to financially depleted grooms, but the mirth that pervades the atmosphere is undeniable.

There is more, however, to the modern Nigerian wedding than meets the eye. This is not 1975 or 1988 or even 1999, where all that was needed was a long white gown, some food, and a large photo frame. This is 2017, and creating the perfect wedding experience is now an art, even resembling a science in some cases. There are the pre-wedding photo shoots, the glossy invitation cards, the wedding websites, the caterers, the event planners, the makeup artists who double as cosmetic surgeons, the Jollof rice, the small chops, the hashtags meant to bait Bella Naija, the Jollof rice (again), the hen night, the bridesmaids, the rehearsed dances, more hash tags, and the cinematic short film that the reception evolves into.

Nneka Ijeoma holds a Bachelor’s Degree in Politics and a Master’s Degree in International Relations, both obtained from Durham University. By day, she is a communications practitioner at an oil firm in Lagos, and by night she is bursting with ideas, some of which have found their way into the pages of a new book. I have always been interested in hearing the “wedding story” from a bridesmaid’s perspective, so when I saw the title of Nneka’s book, I did not spare a second thought before deciding to jump on it.

“Memoirs of a Professional Bridesmaid” takes us on a journey through the author’s experience as a bridesmaid at various weddings that add up to double figures over a six year period. In 23 chapters and a total of 124 pages, she sheds light on the intricacies that abound at the average Nigerian wedding while navigating a timeline that stretches from the “surprise” engagement to the compere’s “dance dance dance” directive.

In this book, Nneka takes no prisoners. Everyone involved in the “wedding chain” gets a piece of her, from the over-excited girlfriend who just gained weight on her finger to the bride who wants her entire secondary school dormitory on the bridal train. Let’s not forget the bride who feels there’s no need for a Maid of Honour and the bridesmaids who get into catfights with one another. She also has words for the bridesmaids who suggest unrealistic hen night targets, the makeup artists and dressmakers who practice disappointment as an art, the maids of honour who become overbearing, and the bridezillas who make the girls reconsider their decision to join the train. There is a bit of her in each chapter, with tips for everyone, as well as an intimate interview with one of the brides in the final chapter. The humour in the pages may not be as lavish as what obtains in Luvvie Ajayi’s “I’m Judging You”, but the use of words will whip up more than a few giggles and chuckles.

The book is not without its pitfalls. Some of the tips and experiences spread across different chapters could have been lumped together in one, as the chapters appear too short, leaving the book at the risk of appearing scanty. There is also a little too much emotion in the narrative as she describes wedding gig after wedding gig; it’s hard not to perceive a certain element of bias.

There is a reason I do not subscribe to relationship books, and the same applies here. “Memoirs of a Professional Bridesmaid“, while useful in many ways, reflects a single bridesmaid’s perspective, and may not apply to all wedding preparations. Nneka has provided future bridesmaids with a rich manual, but she could have served up a lot more. Interested in reading this book? Get a copy here. 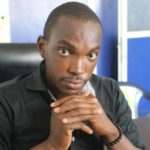 T.T: What’s Yours is Yours! Value Your Identity